"Mining on the Go"

Minecraft is the ever popular and expanding block based crafting game. Within it you attempt to either Survive in the world at default settings or play Creative where you can freely and peacefully play around with the palette of blocks. The game can be played by yourself, with some locally or online with multiple players.

The core of the game is the Survival mode where you start with nothing and need to scavenge supplies to build whatever you'd like. On the surface is a simplistic looking game, but there are many intense intricacies and things to do. You can ride horses, go fishing or just hunt the monsters which come out at night.

Aside from just doing the basic modes, you can also play in competitive mini games online. These modes include Tumble and Survival Games at launch. In Tumble you play the Minecraft game of Spleef, that's where everyone gets a shovel and tries to dig out the blocks from under people's feet.

For Survival Games, it's just The Hunger Games where everyone races to the center for items and then fights it out. These modes are great for those with few friends or don't want to deal with creating custom pvp maps themselves. I'll also mention that the base game includes the Mario Mash-Up Pack, but that was already from the WiiU version.

Minecraft Nintendo Switch looks fine in relative comparison to the other iterations. It's the first to be "medium" sized where it's smaller than Xbox One and Playstation 4, but larger than Xbox 360, Playstation 3 and WiiU. The visuals are alright, though not quite as great when it's docked for console mode. The on the go version seems crisp, but once you plug it in it's not great.

The rendering is solid giving a far reaching vision, but you can still see things load in the distance. It's much better than WiiU, but just fine after playing other versions of Minecraft. The battery life on the go is fantastic for this game so expect long hours of playing it out and about. The controls work well for this version of the game, but I found moving through water and some quick movements awkward. This is due to the layout of the right Joy-Con. 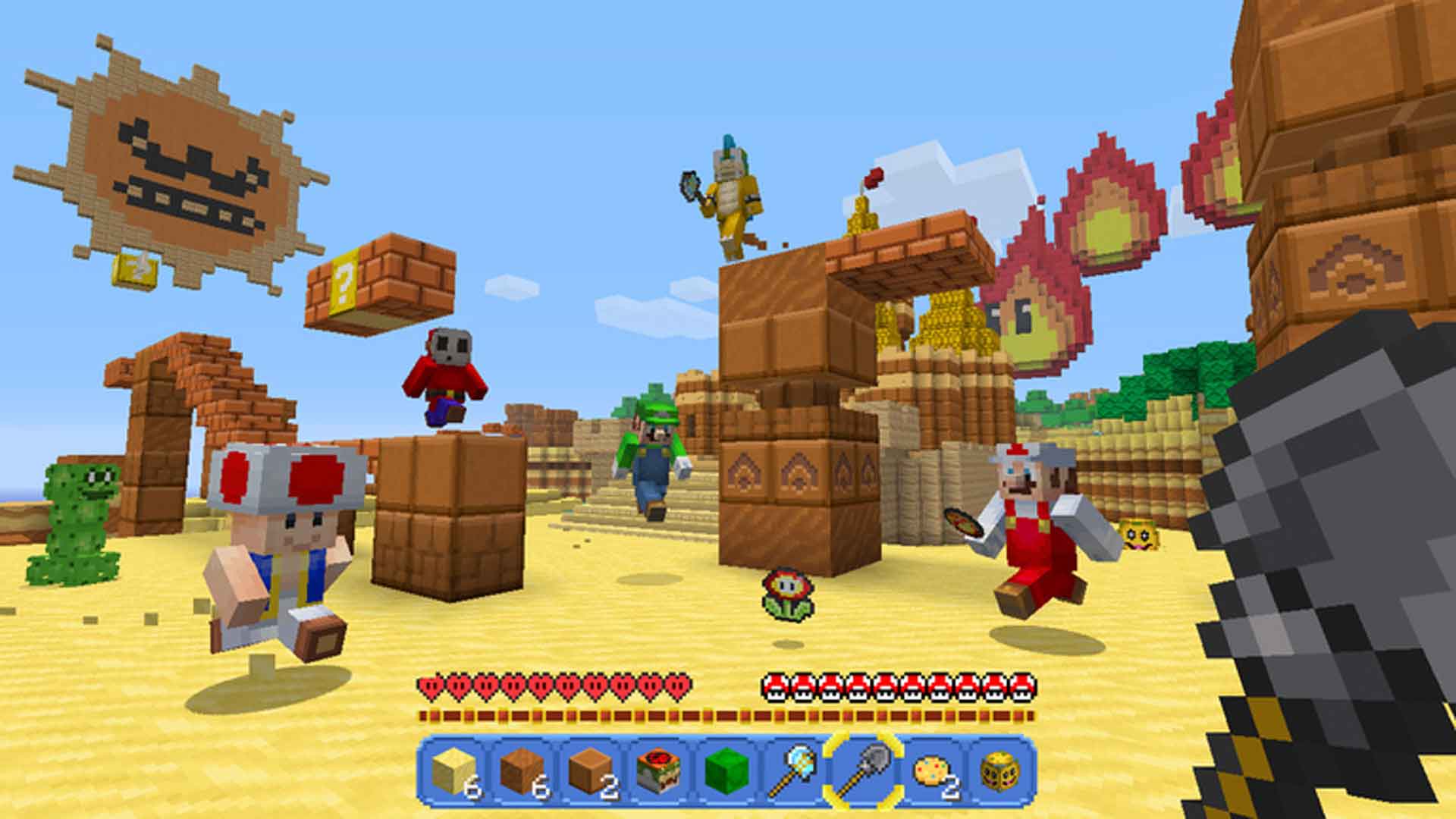 I was mostly impressed by the Minecraft Nintendo Switch Edition of this well known series, in comparison to other versions it's alright. There's a fair bit of content available for the game in terms of extra content, but the same as the other 4J Studios' console versions.

I loved the portability of the game with taking it to a movie screening being a great time, but I have a slightly better version on Pocket Edition so nothing too crazy. If you want Minecraft, this will suffice that craving though it's just another release of the game.