Saints Row 2 was the last sort of hardcore entry in the series as it spun off into some wild thrill ride later on. The Third went over the top, in IV you battle Aliens as the President and Gat even goes to Hell at one point. It gets weird, they're fun and I've enjoyed them yet there's something that was unique to the series when it was sort of serious. There are some random weird things in this one, but it's still grounded in the realms of reality. The game features a great soundtrack that was carried forward through backwards compatibility and it's still a mostly fun game to play.

Saints Row 2 released in fall 2008 for Xbox 360 and Playstation 3 with a PC release following early the next year. The game was later made available on Xbox One through Xbox Backwards Compatibility. There was some minor DLC additions released as well that continued to expand the experience further. The title was developed by Volition as is the tradition and published by THQ with this being one of their powerhouse series at the time. It was primarily a single player experience, but a cooperative option was present for all missions and cheats which would disable Achievements. For those that wanted more, there was a competitive multiplayer offering. 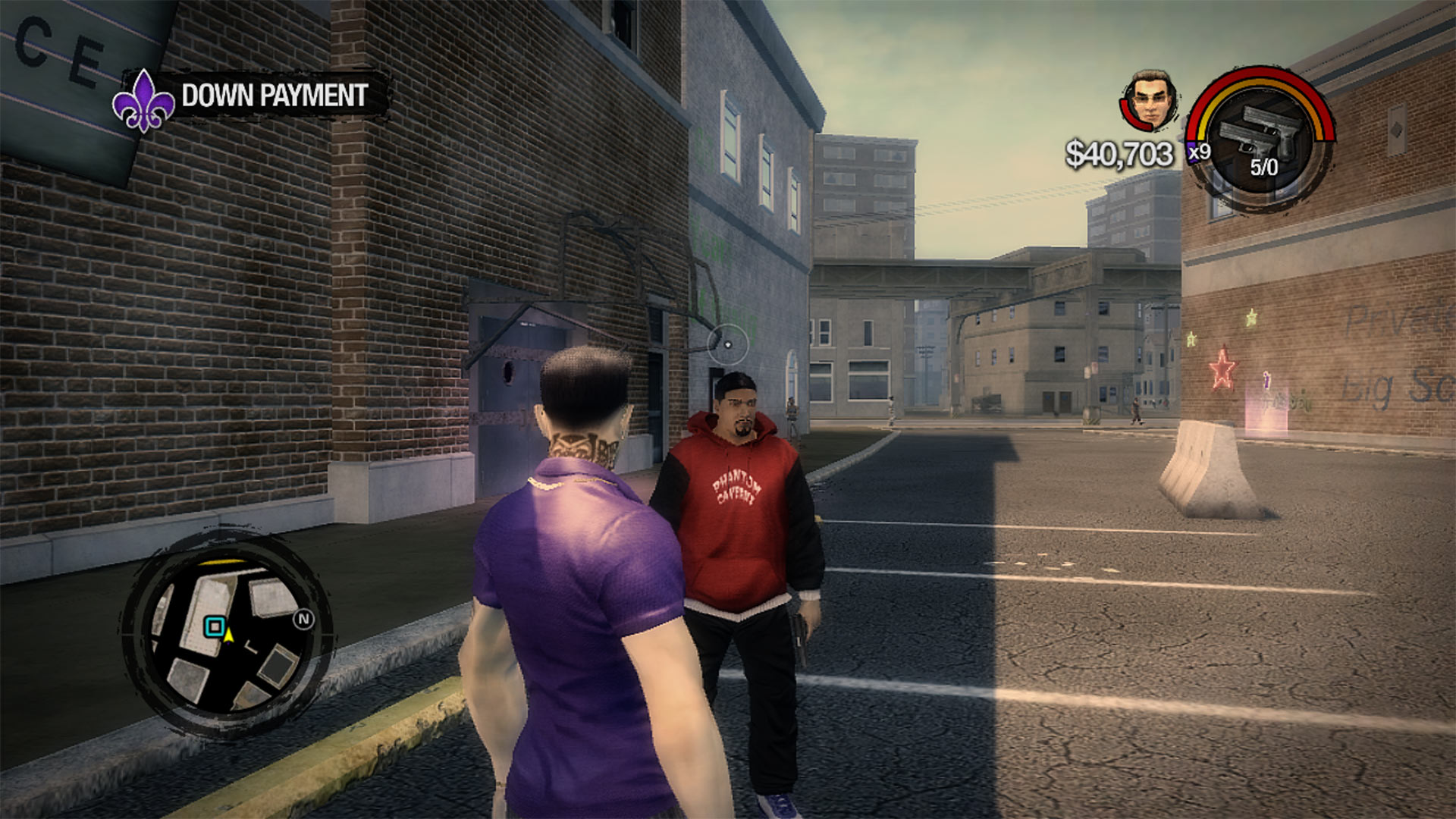 It was strangely fun to go back and play Saints Row 2, it certainly has been awhile. I was left with a rather early character since I just played with cheats online back when it released so not much was done. It was also obviously my cousin that was playing when I did restart, as I wouldn't make the type of character he did. Anyways, it was strangely enjoyable and I played longer than I thought I would. Went through the whole Ronin story line along with some other smaller missions. Stilwater was still a charming place filled with things to do and I still somewhat remembered the layout. That being said, the game does not look good at this point. I was really hoping for a launch Xbox One X enhancement as she's rough around the edges. I think the art style plays into that too as the edges just fade out and nothing looks clean.

Objects constantly are popping in from not that far away and it's really a product of the time I suppose. They were able to accomplish that open world, with two players yet at some graphical costs. Graphics aren't everything, yet it still was rougher than I had anticipated. Fast travel would have been nice too, I find myself driving often as the Taxi function takes time to get. The combat is still fun, I was always out of ammo and I just went around doing things. I even jumped in for some multiplayer which was silly and just as strange as before. I appreciate how dark this game was, from the cutscenes to what you generally do. It had that playfulness while still being a grounded entry. It was over the top for action, but did so in a sort of cinematic style. Saints Row 2 is probably still worth checking out for the great cast, I just hope it gets a touch up at some point.