With so many titles being available on the subscription service, it can be hard to find something to play. Here are ten Xbox Game Pass April 2020 games suggestions to check out. These should all be available to play right away, or close to.

Hopefully there’s a good variety of games, and maybe you’ll find something new to check out that you might have overlooked or not have known it was on the service. This is a console focused listing, and it’s not in a ranked order. Best to give them all a whirl if you have time or interest in them!

I always thought this one was sort of overlooked. It released fairly quietly and then almost faded away. It’s actually a really great cooperative offering being an action RPG with a brawling focus. Wok with others in four player online or offline action.

If you’re alone, swap between two characters and battle out there on the front lines. There’s a strange sort of fun story, a neat challenge curve to it and lots of gameplay to enjoy. This maybe should get more attention as it most certainly deserves to. It’s also a Xbox Play Anywhere title.

It’s never a bad time to get into the Gears of War franchise and Ultimate Edition is a great start. I add this here as it’s an excellent choice for the current climate of the world. Grab a friend for two player coop, or go at it alone and discover this really well setup narrative driven story.

It’s been expanded with extra chapters from the PC version and it’s a good time to get through the Gears titles, or at least start them and experience this very well developed world. If the online is still rolling, the multiplayer is excellent here with a buttery smooth 60fps and incredibly great looking maps that have been revamped for its release.

This is a perfect game for families, or small get together events which are somewhat more common at the current moment. The latter being dependant on where you’re located and how bad things are. That aside, it’s easy to play as you just need a device with an internet browser and you’re good to go.

Basically just grab a phone, and you can connect to play. This one features Quiplash 2, the well loved Trivia Murder Party, Guesspionage, Fakin’ It! and finally the drawing focused Tee K.O. These packs are always fun, and this is a good choice for a grand time. It’s also usually very funny, depending on the talent in your grouping.

I’m not sure why I waited so long to include this one, it’s just a blast. Play with others online, or grab your friends. It’s basically soccer/football but you’re driving cars. Zip along gorgeous arenas as you try to smash the ball into the big net. It’s got a lot of technical elements to it that are truly impressive and just fun to play.

It’s a really great time that continues to get support through updates, features cross-play and is truly stunning as a Xbox One X enhanced title. This is great for all types of audiences as everyone has fun playing this game. I know I was shocked as I never anticipated I would have liked this as much as I actually do. 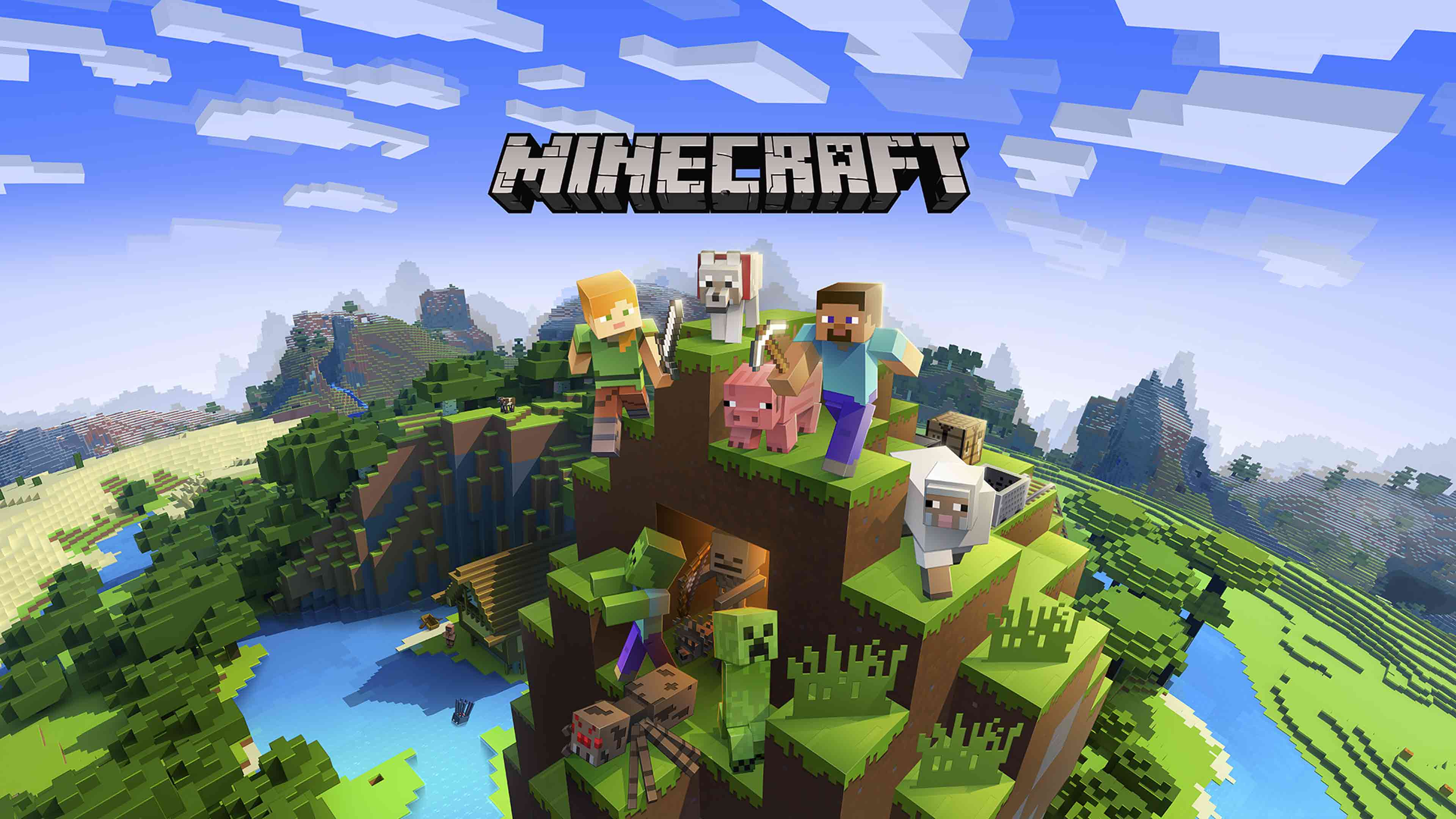 Another big one that I’ve excluded in the past, Minecraft is probably the ultimate creative game. It’s like LEGO, but as a game with perhaps more dynamics to it. I included this in the month as it was supposed to go alongside Minecraft Dungeons which got delayed. Oh well, still a good time to get in there and get acquainted with the world ahead of that dungeon crawling spin-off. It’s great for all types of audiences and features so many gameplay options.

Survive, creative and adventure! Enjoy cross-play with other Bedrock platforms and easily connect with friends. There are servers online for quick mini game multiplayer matches, and Realms to experience an always connected world. This continues to get updates and it’s a game you may never want to leave if you haven’t played it before.

Somewhat of an oddball, I wanted something arcade like and Killer Instinct was on my mind. This is the original game with a wide range of characters and surprisingly great visuals. It plays somewhat like the old school Mortal Kombat titles and this is actually quite a bit of fun. There are some modes, and it holds up well. Something different to try, perhaps a game you would have never even thought of as being included on the service.

I didn’t play this when it first released, and now trying it on Xbox One X it looks incredible. It’s super fluid, the visuals are intense and it’s full of lovely gore. You can really take the ninja action to the extreme as you slash up enemies.

Just keep in mind that this is a rather hardcore game, it’s not a very easy going time. Still, it’s really cool to play with a variety of weapons and neat abilities to unleash. You feel great hacking and slashing through hordes of enemies. That of course ends when a boss comes to rain on your not very stealthy parade.

Perhaps one of the greatest RPG titles of all time, I thought this was a good follow-up to including the Anniversary release in last month’s listing. This one digs further, as you have a dog as your pal or even a real person too. There’s great two player coop as you go across Albion on an epic quest. Turn lighter, or darker based on your actions with morality being a big part of this.

Enjoy classic British humor, buy up real estate and of course have wives! I mean, be truthful to your one betrothed. Whatever the case, there’s lots to do and so many choices to make as you become the hero or perhaps villain you want to be. Also, kick a chicken or two on the way. 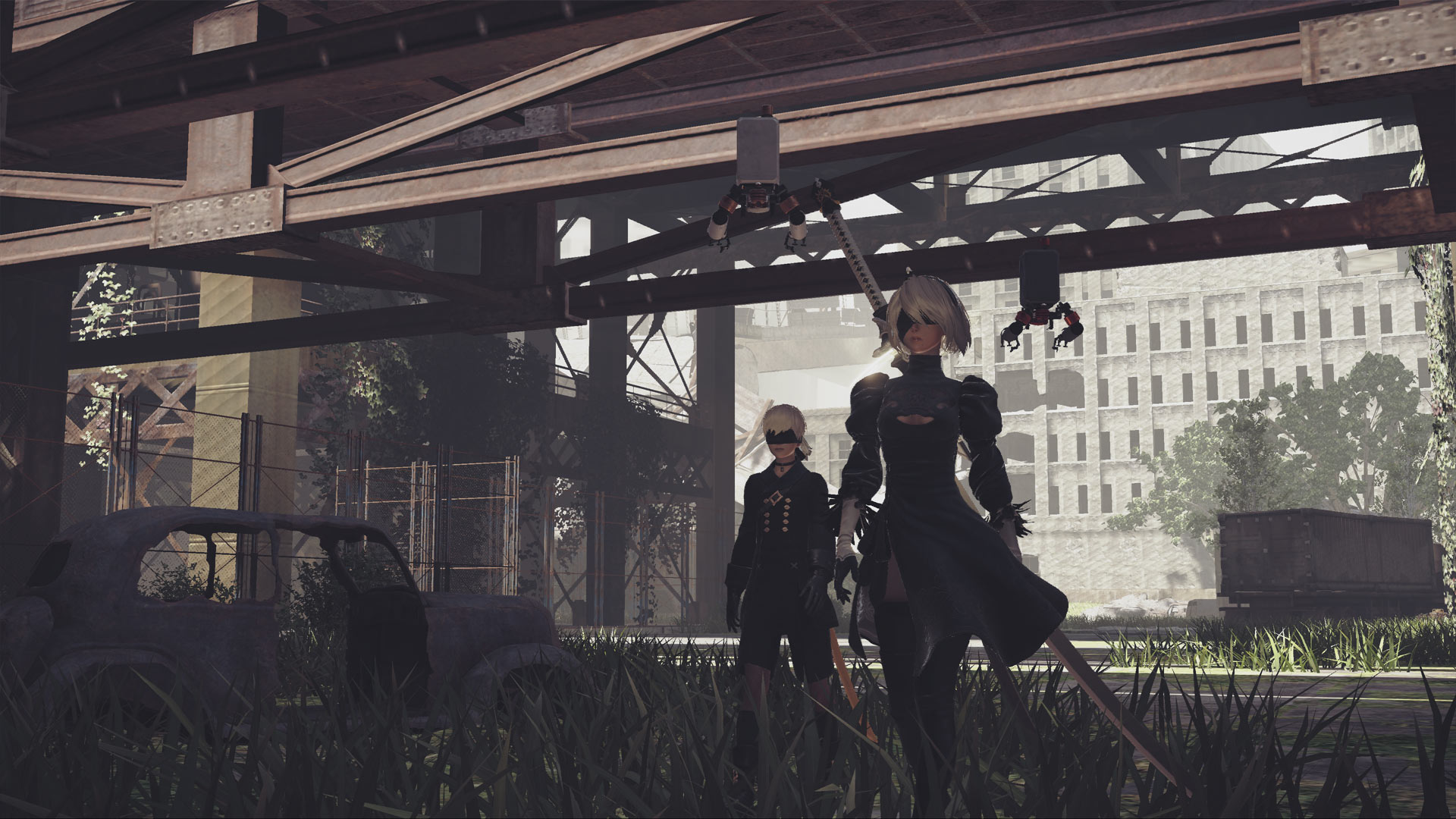 I had a lot of fun with this one, as I didn’t know what to expect going into it. This is a hospital simulator featuring a wacky sense of humor and some weird situations. On the flipside of that aspect, it’s actually very well done with a lot of depth.

The controls are excellent on the console and it’s easy to build whatever sort of facility you want. Train clowns, get janitors to suck up ghosts and build more rooms to deal with patients. There’s a good campaign, and I believe the sandbox mode is available now or in the near future for this version of it. It’s a weird, but really fun and an entertaining time for sure.

A mysterious game of androids, and the destruction of the Earth. Explore a desolate planet that you’re desperately trying to reclaim for humanity. Discover lost secrets, deal with various unique creations and play it multiple times to engage in fresh endings. The latter part of that necessarily isn’t for everyone, but the game does have a lot of interesting depth to it. It’s also a gorgeous title on the platform, and filled with all of the content for this release. It’s a very well done title, and certainly deserving of a chance for your time.

That’s the list for April 2020, hopefully you found some interesting games. It’s our goal to provide an interesting list of suggestions every month. Just keep in mind that over time some games get removed, or re-added and there’s always something new to play.

These lists hopefully provide a varied offering whether you want family games, casual party ones or even gripping multiplayer. Basically for every age group or type of audience. We have a review for one of them below, or you can check out the general platform hub for additional coverage.