With so many titles being available on the subscription service, it can be hard to find something to play. Here are ten Xbox Game Pass July 2020 games suggestions to check out and try on the service. These should all be available to play right away, or close to within the month.

Hopefully there’s a good variety of games presented here, and maybe you’ll find something new to check out that you might have overlooked or not have known it was on the service. This is a console focused listing, and it’s not in a ranked order. Best to give them all a whirl if you have time or interest in them!

This is the remastered effort of the first game in the series. It was brought back to the Xbox 360 and then made available as a Xbox One X enhanced offering within backwards compatibility. This story follows Joanna Dark as she attempts to stop a conspiracy by a rival corporation known as dataDyne. This release brought a wide range of multiplayer options and various improvements as well.

It’s a very well done title, and the reason for including this year is the hope that we might see a new iteration of this franchise getting revealed this month. In general, improvements with this remaster included technical boosts, higher resolution models and textures. A higher frame rate, and of course the multiplayer component.

This is one intense version of Worms, a game where you play as worms that are attempting to annihilate other worms. You do this through a wide array of weapons, tools and strange special extra abilities. There’s a standard campaign present here with thirty levels, but the real focus of this is the multiplayer.

You’re able to compete against the AI or others online to cause some absolutely insane mayhem. Carve up levels, shoot out some strange abilities and even take to new heights using vehicles. There are intense physics, ever so many weapons and just ways to make it hard for your opposing worms to survive.

In order to celebrate thirty years of gaming, the fine team at Rare put together an insanely mighty bundle. This features an absolutely massive package of games with everything from 2D releases to modern 3D options across the Xbox 360. Hit the sewers with Battletoads, tend to a garden in Viva Piñata or become pals with the lovely Banjo-Kazooie team once again.

It features ten thousand Gamerscore to work towards and even some fun snapshot challenges to tackle. It’s got a lot of content within it, and there should be a number of neat gems to try. Roar with Killer Instinct, explore Jet Force Gemini or unleash powerful creatures within Kameo. It offers a lot to do, being a package of legendary offerings.

In going forward with another Gears of War selection, this sequel really did amp up the mayhem. With Delta, once again venture forward in a campaign to battle against the Locust Horde. This time around the COG is taking the battle to the Locust by attacking their fortresses deep underground. Work through emotional moments such as Dom reeling from the disappearance of his wife, and of course take that courage forward into multiplayer.

It features a massive offering of competitive maps, with bots if there’s no one available to play against. If that’s not enough, it features classic horde for cooperative options to play with others. It’s a very intense project that features very large scale environments and moments to enjoy. This of course is a follow-up to the prequel and first game that we showcased months prior. It’s nice to do a series in a row on here suggestion wise if you follow along like that. 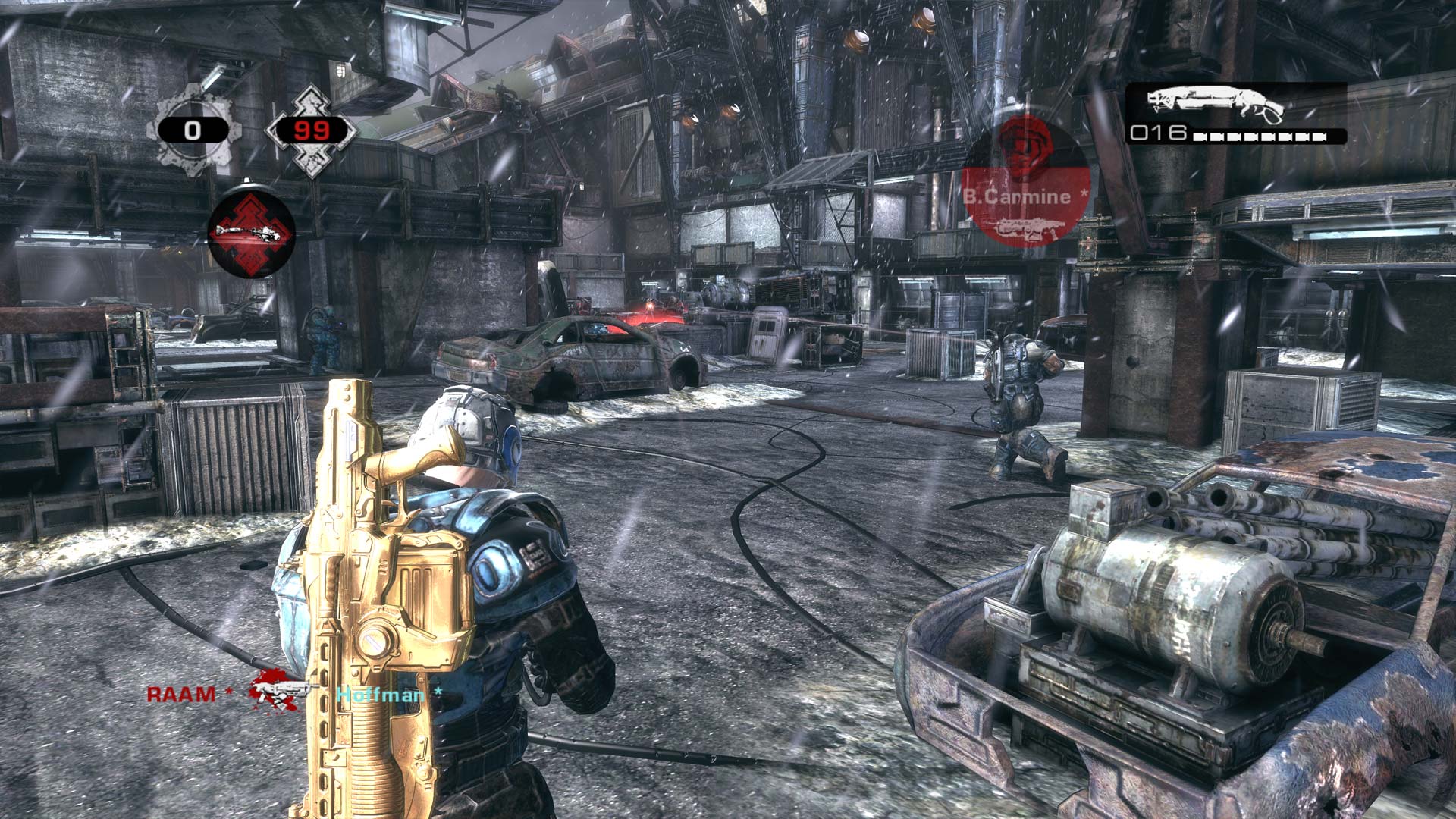 This is more of a classic 2D action platformer with some neat modern mechanics to advance it. As a demon army besieges his village, a young ninja ventures through one seriously messed up world in order to deliver a scroll that’s paramount to the survival of his clan. It begins simple, and soon becomes an expansive time traveling venture full of some bizarre moments. It’s a very different sort of game with classic sprites, memorable characters and of course some bosses too.

You play as one intensely gifted bard. Work through a series of wacky, yet entirely pointless sub quests. This is a musical and magical journey, where you can summon characters to join your quest. It has weird dialogue, opens with the bard eliminate a rat through music and then it breaks out into a drunken song.

There are straight up bizarre NPCs to meet, over a hundred and fifty unique items. There are songs, dances and even a zombie dance-off at one point. It’s just crazy, and you have to play it to really understand just what this does actually provide. It really is hard to describe, and the first few moments may really capture your interest like they did with me.

#4: Dungeon of the Endless

This is a rogue-like dungeon defense game where you’re trying to actively move a power crystal. Prior to doing that you’ll need to setup little generating structures and then battle back waves of enemies. Once you move that power crystal in order to reach the next dungeon it’ll be all out mayhem as you battle towards the next spot.

You’ll use a wide range of unique heroes, and try to survive just a little bit longer within what feels random rooms each time you go through it. Meet helpful folks, battle others that are out to remove you from play. It won’t be easy, and it’ll take a very long time to master the methods to successfully be able to venture forward without death and other problems getting in your way.

This is a twin stick shooter game with a focus on cover based combat. It takes place in Purgatory, Wyoming in 1888. You’ll slide into the dusty boots of William Mason who is voiced by the legendary Ron Perlman as you descend through some horrible areas. You’ll battle against generic foes, large scales monsters and crazy bosses along your path through this weird place.

There are some opportunities to get stronger since this is procedural and a rogue-like title. It has some slick visuals, claustrophobic areas and one neat use of light in order to guide your way. Find interesting weapons, tackle dangerous foes and try to survive just a little bit longer each time as you progress through the chapters. 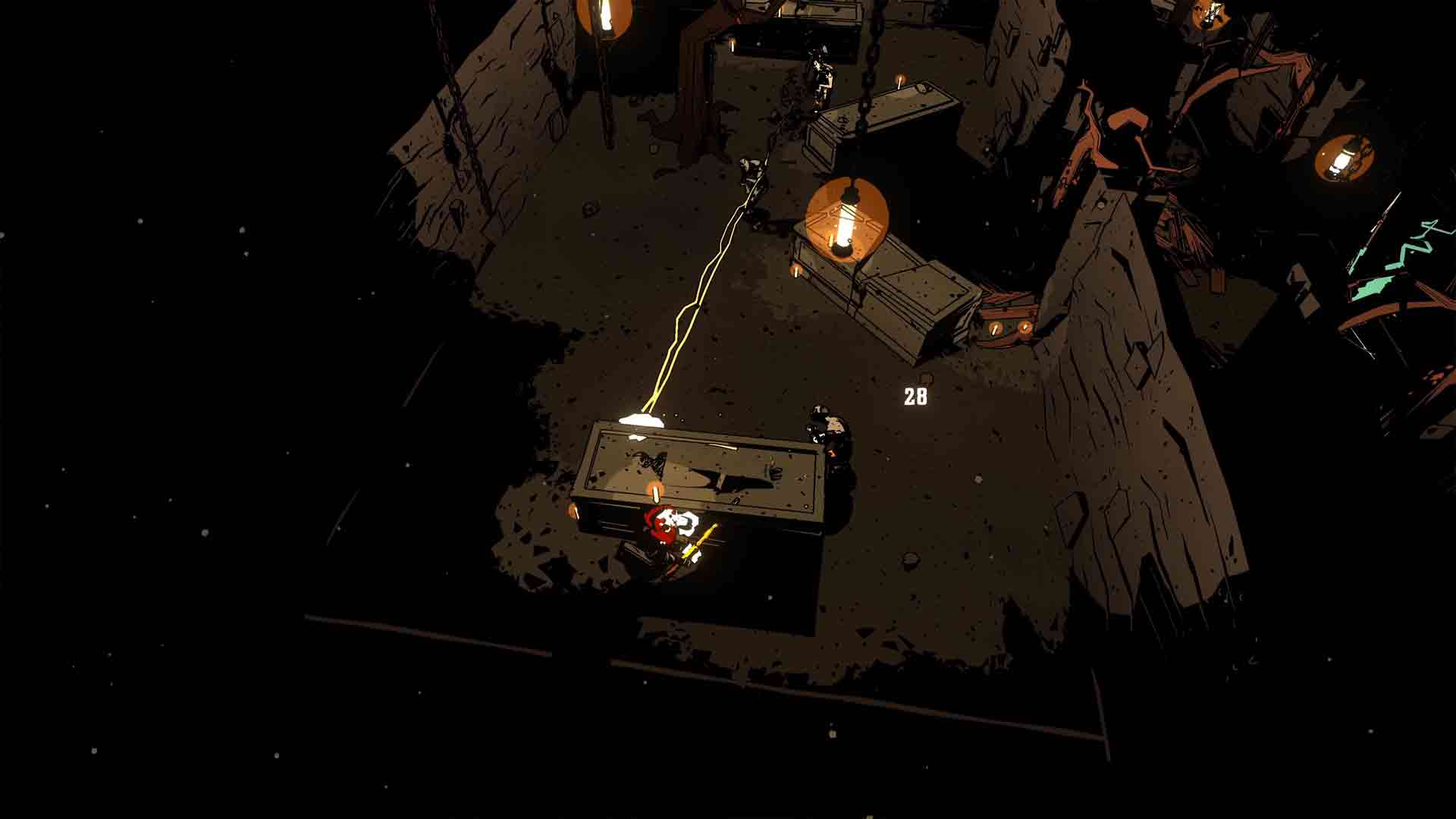 This is one might MMORPG experience that only continues to grow as time goes by. I mention it here for the first time since it just had up to the Morrowind expansion added. That means you not only get this ever growing core package, but one that’s been bumped up content wise with various expansions right up to and through the Morrowind adventures.

Work alone, quest with others or tackle the large scale worlds however you’d like to. There are countless hours of fun to be had whether you’re wanting to take on side quests or work through the main ones. It even goes past that with PVP offerings, intense dungeons and more. It’s a mighty world to visit, and it’s obviously set within the well loved Elder Scrolls series.

Launching on Xbox Game Preview this is a survival game with a larger than life attitude to it. For whatever reason you’re shrunken into a tiny size and will need to fight against now large problems. This includes the environment, and massive bugs. You’ll collect resources in order to craft tools, weapons and even structures.

Work with friends if you so choose for a great cooperative time or try to go forth and adventure alone. There’s a neat narrative structured mission to this as well so it’s not just about exploration and living. There’s a sense of focus, and need to push forward in order to discover what’s truly creating this scenario.

That’s the list for the best Xbox Game Pass games July 2020, hopefully you found some interesting options. It’s our goal to provide an interesting list of suggestions every single month. Just keep in mind that over time some games get removed, or re-added and there’s always something new to play.

These lists hopefully provided a varied offering whether you want family games, casual party ones or even gripping multiplayer. Basically for every age group or type of audience out there in gaming. We will continue to try and provide varied, as well as fresh options each month that we do this in. We have a review for one of them below, or you can check out the general platform hub for additional coverage of the ecosystem of games.

Read our West of Dead Review
View our Xbox Hub