This was one of the first Xbox Series X Optimized games that I was able to check out on the console. It’s actually rather impressive, and makes it a much more compelling time if you’re coming from the existing Xbox consoles.

To start, it’s set at an output of 4k providing up to 60fps. It does actually feel fluid enough while playing with of course the odd drop being present here or there along the way. I do mean odd, it seems mostly steady.

That aside, it’s a stellar improvement over the options present in the last gen. There’s also the extreme draw distance/LOD distance that is noted as being higher than what PC can offer. That is backed by an extreme level streaming distance that is also higher than PC.


There’s epic sky and atmospherics quality that does look just majestic. From the blue of the open sky, to those puffy clouds that shift over. The sky is very gorgeous in this one no matter the time of day. Following that there’s epic subsurface scattering quality and also infinite range high precision screen space ambient occlusion. The game has been maxed out when it comes to the texture resolution and it features 16x anisotropic filtering so it’s fairly sharp needless to say.

The list just goes on from here. There’s infinite range distance field shadows, terrain self shadowing and epic dynamic shadow quality. It’s just wild how in-depth the visuals have become, and how it’s possible to provide all these features to the game on a console. I would have never guessed we’d see this type of experience at this time. 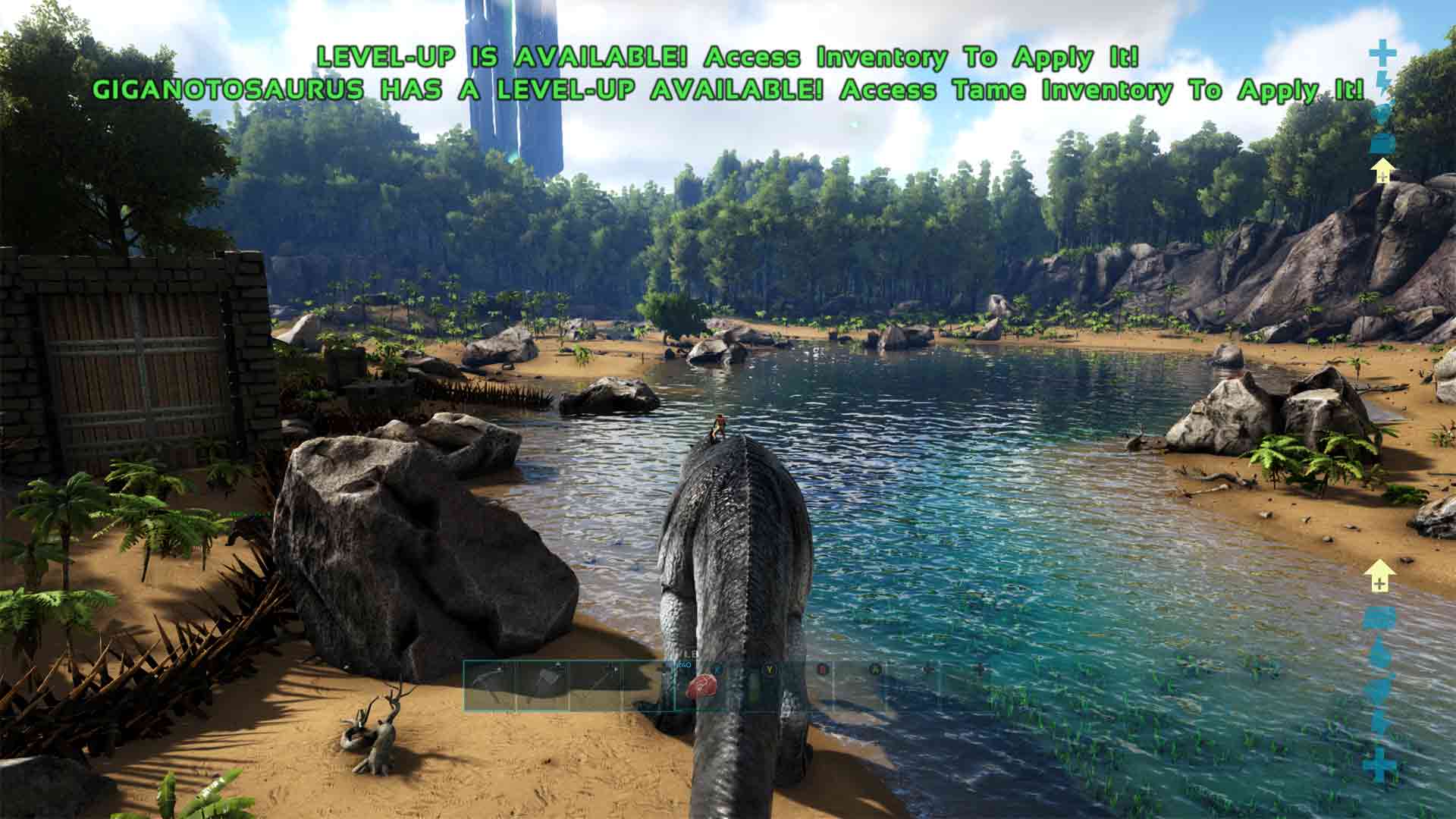 The floor is more lively with epic ground clutter distance to keep it busy. If the enchanting landscape wasn’t enough, there’s high precision HDR output and epic post processing quality. These features really do make the game look incredible, I’ve been blown away by what I played. It really is a stark difference to the performance and quality from the Xbox One X, and eons beyond the Xbox One.

It’s a game that really hasn’t run too well on any platform I’ve played (I’ve tried it on essentially all of them), but here it’s looking really good. It also has some nice tweaks for those that like to play with friends. There is tetherless non-dedicated hosting and tetherless splitscreen. Get out there and venture for as far as you want without being tied down which is such a treat. That was a huge annoyance for when you were playing with others. On top of that the splitscreen multiplayer uses epic graphics settings. Then there’s hundred player dedicated server hosting now too. Play with many, many others online.

Oh, and to top it off the game loads up to seven times faster. It’s no longer a pain to setup matches or change how things are created, just swift access. This was definitely an impressive upgrade to the game. I’m genuinely shocked by the great support this title has had in terms of updates, upgrades and expansion content. There’s so much to do, whether you want to play it all alone, or dive in with others.

It’s just by far the best it’s ever been and almost a stellar time I suppose you could say. It’s enticing if you’ve written this one off due to performance, as it’s mostly clean now and also really good looking. From the depths of the water when you swim, to the clouds when you’re flying around this game has a little bit of everything going on with it.

Definitely one of the surprise optimizations that I really hadn’t expected, and to see it so soon was surprised as well. The video of course showcases this from a true visual standpoint. Additional coverage for the next generation console is of course below, and stay tuned for more looks at some of the greatest games and perhaps some of the most obscure ones as well as I work hard to truly to showcase a wide variety of titles.