This was actually one of the games I had overlooked while at E3 this past year. It’s a busy time at the Xbox showcase event, so you really have to be picky as to what you want to play. Time is a bit too limited there, and there are a number of games available.

Past that, I finally was able to spend some time with the game during the beta event and I was pleasantly surprised. This is a multiplayer focused title which is another hero type of game, but what makes this unique is that it’s a fighter experience.

It’s not a shooter which is sort of the standard for this genre, but it does have some guns and my favorite character Gizmo has one. This might sound odd, but it’s quite well balanced and I felt more like I was supporting the chaos instead of jumping in there as I would get slashed to bits with my character choice.


Anyways, it’s a wacky sort of cyberpunk type world without any type of lore that I was able to find. You’re battling in objective based modes, and just aiming to win. There are some other elements, with these being character mods but with it being a beta most things aren’t exactly reachable so that aspect will have to wait for launch for me to dig into it.

Anyways, I actually had quite a lot of fun trying out some of the characters. They have varied abilities, neat tricks up their sleeves and very different play styles. It did seem to have a limited roster, but I suppose that helped provide what I felt was a balanced time. When battling you’re able to summon a hoverboard after a short prompt and then move quickly as regular walking can be slow.

You’ll see a frenzy of combat, with maps that look aesthetically pleasing and have some varying elevations to them which is neat. You might also find on-map power-ups to grab, those are obviously helpful and I mean the health boosts are essential. 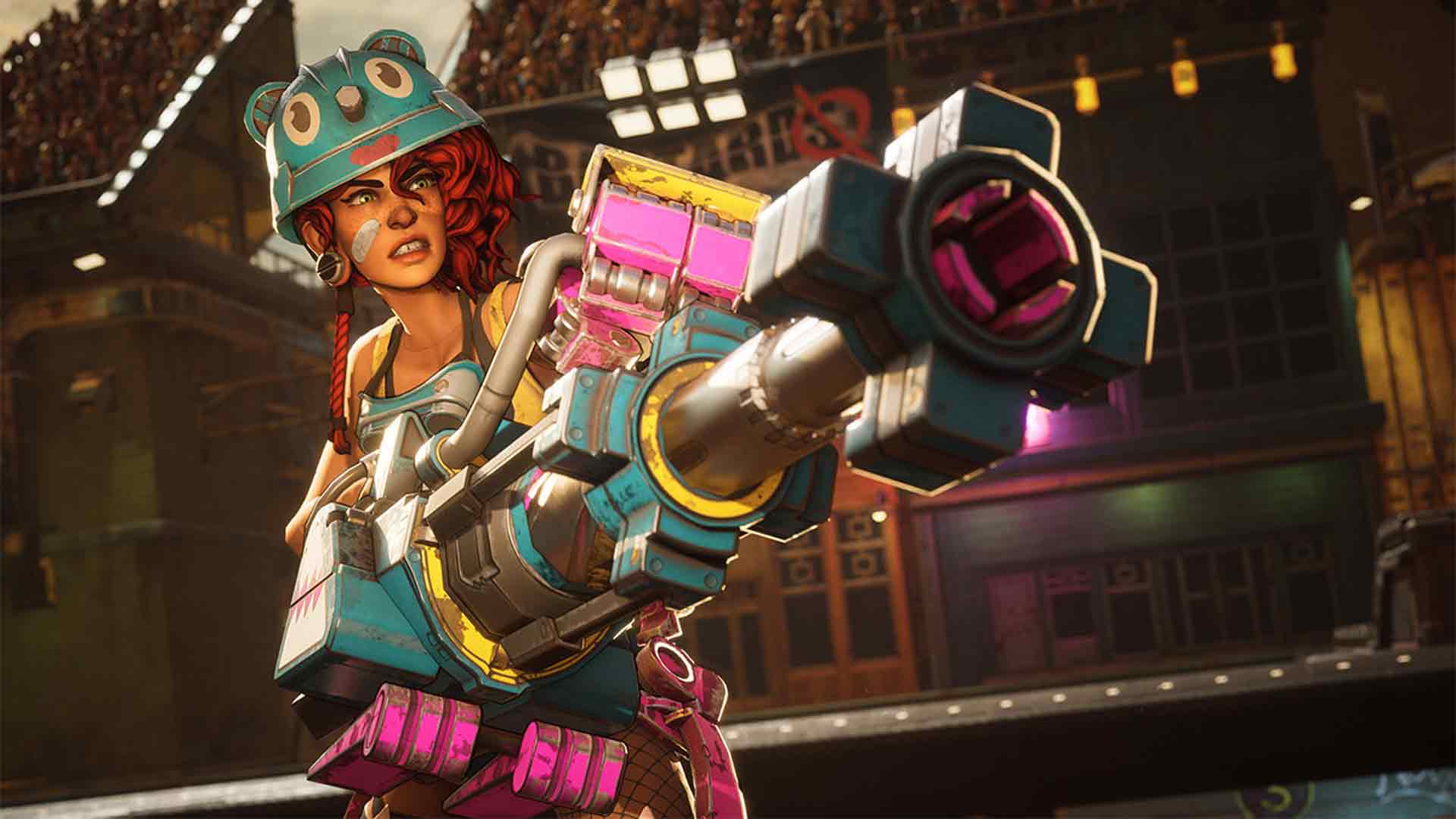 The game carries a cel-shaded look to it which I thought looked nice on Xbox One X. So generally I had a good time with it. I think there’s some potential if it can catch on, it does have the benefit of being a Play Anywhere title within the Xbox ecosystem and Game Pass backing it.

I think with that it could be quite a success. I’m now really looking forward to the full release. It’s quite a setup, and just the weirdest sort of multiplayer fighter game that might come across as unique to the community out there. It also has a great spectator option, so it leans into modern viewing well for streamers or more competitive play. Anyways, I do think this one is worth checking out as it does stick out as being something rather strange and unique.

We’ll definitely have a review up for this one in the future when the full release is sent out. Ninja Theory is definitely delivering and this game is wildly different from their other content so I’m very curious about how the reaction will be to this one when it does release in the near future. You can read our review of Gears 5 below, or check out the platform hub for additional coverage.