I was able to jump into some Broomstick League during a beta event and I was pleasantly surprised. It’ll definitely be enticing to many as it’s essentially Quidditch the game, but it also carries some heavy elements of feeling like Rocket League. It’s obviously not cars hitting a soccer ball, but it feels similar in design.

You’ll zoom around in the air trying to get the ball into the hoops to score. You can play it in a number of setups; 3v3, 2v2 or 1v1. This can be enjoyed with online action, or offline with bots. The bots can also fill in for a lack of players online and they are absolutely savage. Seriously, those bots are intense and they don’t play casually.


That aside, the game is rather competitive and intense. You’re flying around trying to get that ball, and there are neat tricks to zoom around a little bit faster. You’ll go around a large scale arena trying to fight for that ball using a spell and then hopefully getting close to that net. It can be hard to reach the netting area, and past that taking shots will require some skill as there are technical aspects to it.

You’ll likely have to take a few to get used to how the ball works, if you can get past the defenders in the way. Even if you do, hitting the clunk of that rim post is rather disappointing and a common occurrence. This game is quite fast paced, and with everyone being on broomsticks players whip across the screen constantly. There’s a nice balance of both aerial, and more grounded based movement as well. 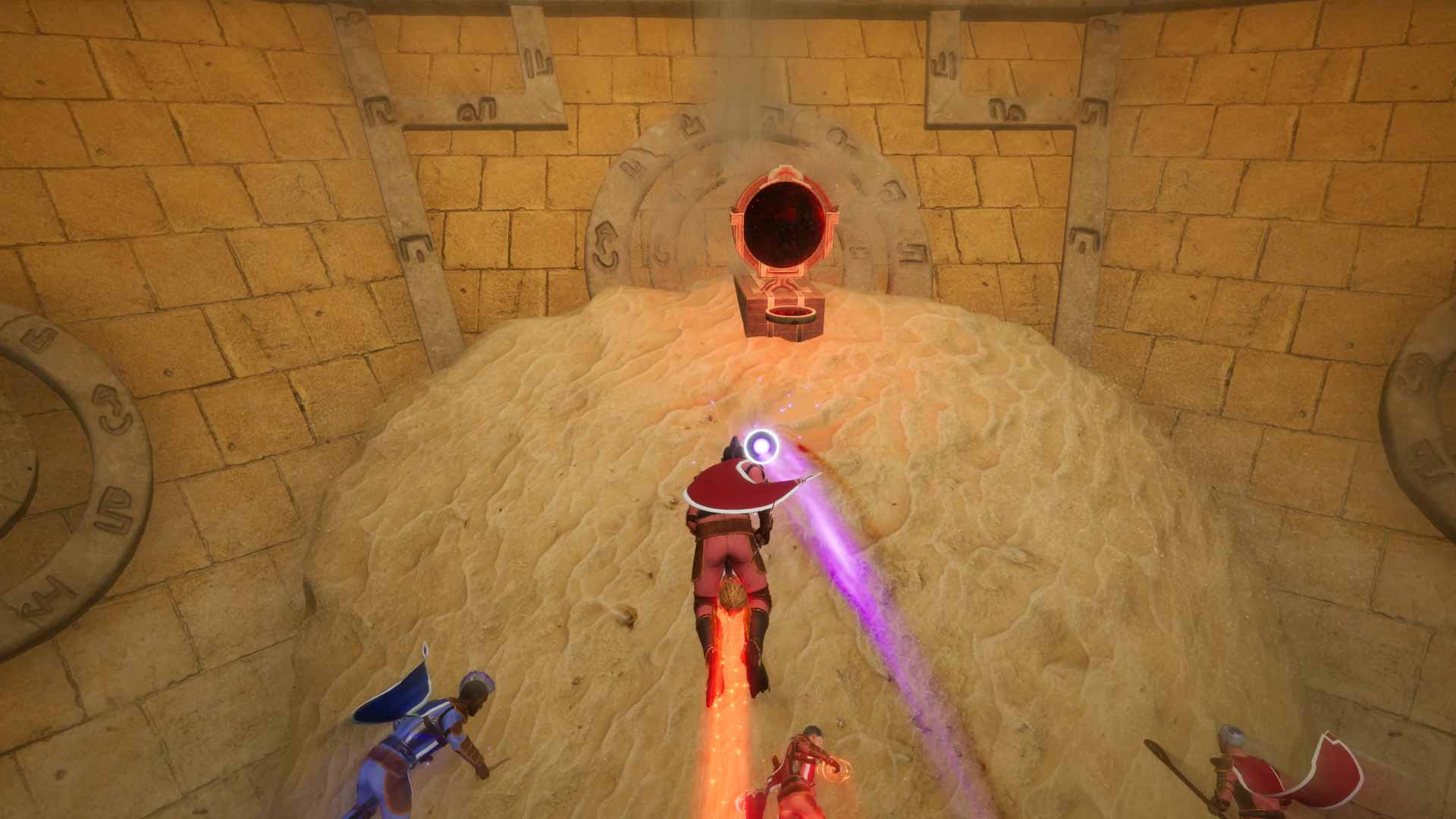 It’s quite visually pleasing, with a few arenas. I do hope they have more for launch, but the starting selection does suffice. They’re simple, yet large in scale and work well for this experience. I do wish they’d have more of a crowd element to them, but it does lean into the mystical aspect of this game.

You’ll also notice there are some exciting little particle effects and styling such as popcorn exploding after a goal if players have that option. There’s tons of customization present in this, from your character to the various gear styles present. This should definitely be an interesting aspect to those that want personalization for their broom flyer. It’s a bit simplistic and straight forward, but it has a nice competitive angle that makes this unique. It captures the magic of the Harry Potter style sporting game, while not being branded like that.

I’d say it’s even more straight forward, and possibly better than that would be. Hopefully it just continues to get expanded upon, and lands on consoles. It would work extremely well on Xbox One, Playstation 4 or Nintendo Switch as Rocket League as thrived there. This game does really feel similar, while being distinct enough to feel completely fresh. You can read our review of the Darwin Project below, or the various general hubs for further coverage of titles.