The free to play Call of Duty Mobile experience continues to grow on IOS and Android devices with the inclusion of Zombies. This is a classic element of the series, and it begins here with the map of Shi No Numa. This is also known as the zombie swamp, and it brings generally the entire experience over.

It’s quite amazing to see a last generation console game portion ported over to a phone. That aside, some elements have been streamlined. You’ll auto-repair windows by being near them, you can spend points on buffs to get stronger in various ways and the difficulty settings have been scaled.

I loved that the game now supports Bluetooth controller input, so I could rock it with my Xbox One controller. One of the biggest adjustments is that there are now different modes to play. There’s the traditional survival, but now Raid joins the mix as well.


There’s a regular Raid, and a hardcore one to play. These are smaller wave set survival moments that end with an intense boss fight. It’s an interesting change-up and does add some extra value to the game. This end boss fight features the Abomination, a giant purple thing which is neat to tackle. Going back to the general idea of zombies, you’re trying to survive and blast away zombies.

The zombies seem to be a bit spongier earlier on, and the weapon assortment is lacking. There aren’t too many guns from the mystery box, and it’s somewhat best to buy off the wall at times. That is, unless you end up grabbing the ray gun. There are perks such as Juggernog, and each of the side areas of the swamp are intact. They’ve also added in weird special infected such as an Inferno which has fire properties. 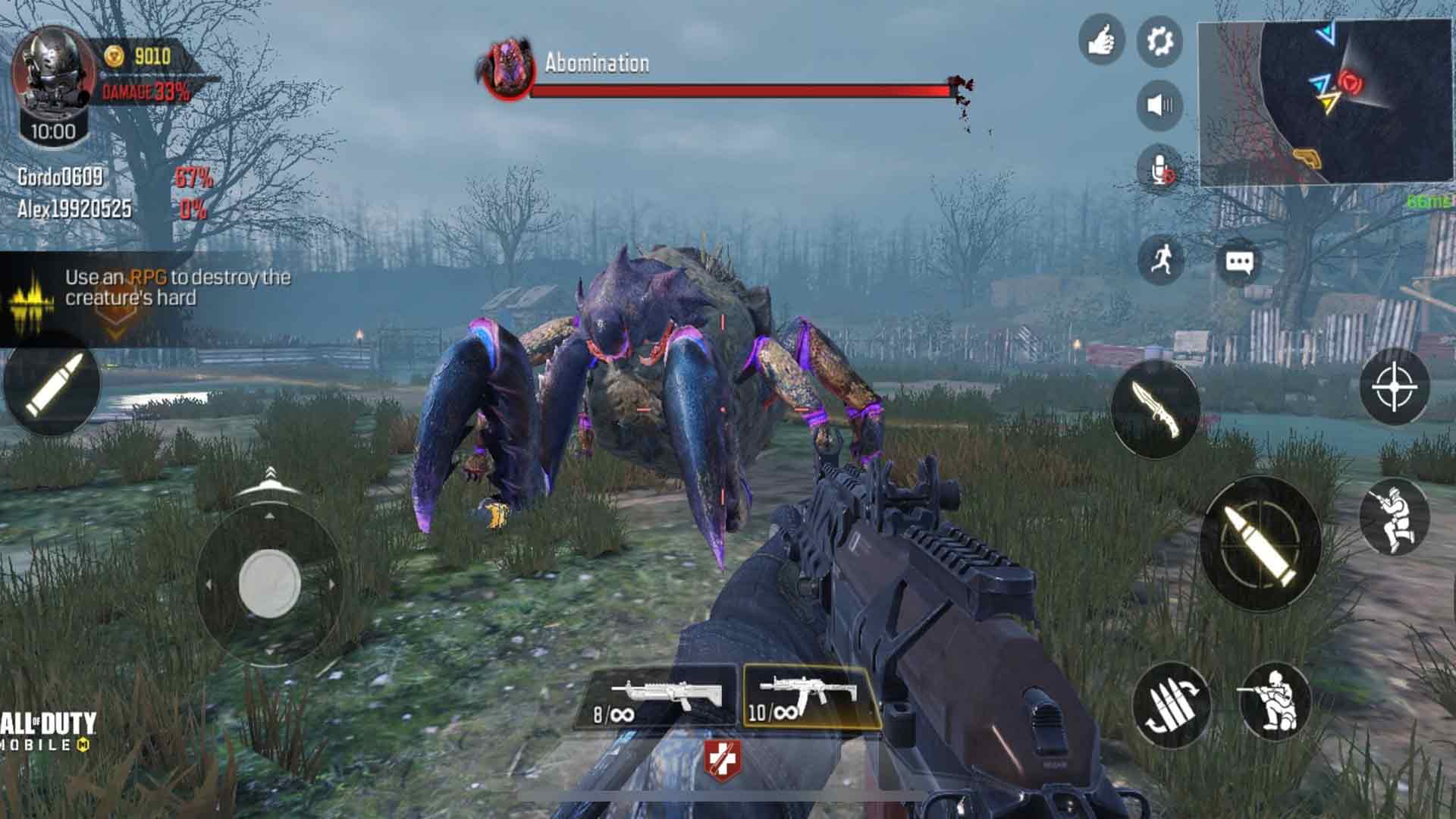 The Hellhounds return, and often bring in a new elemental as you continue to survive and push forward. I don’t mind the additions, it’s an interesting change that doesn’t alter the traditional gameplay too much. The buff system was fun, and makes sense for how things are scaled. With this being a free to play you can grab extra coins, and respawns are present.

These respawns are time based, or instant if you have special tokens. I felt the respawning element was initially balanced, but after a number of rounds it sort of just keeps you going which is tiring as you feel like you’re at the end of this particular match. That’s really the case if you’re in a four player coop game online, solo is an option too in this. The point system adjustment makes sense, and is a modern take on it.

I hope we get to see more zombie maps ported over in the future, and I’m glad they picked Shi No Numa as it’s one of my favorites from the series. I’m curious to see how complex they’ll be able to get as some of the later maps are massive. They may just stick with this particular map, but I have a feeling it’s a test to see how much further they can push things as it’s definitely going to be a profitable addition to this title.

Whatever the case, I’ve been really happy with Call of Duty Mobile as it’s got the best of the series in one convenient spot. You can read our review of the 2019 Modern Warfare, or check out the general franchise hub below for additional coverage.