Darksiders Genesis is a fresh entry in the franchise, and a spin-off that acts as a prequel. The game is setup for two player coop, but it can be played by an individual that swaps between the two main characters. In this entry you play as either War or Strife, swapping between them to deal with the combative elements of play.

It’s an over the top hack and slash with some twin stick shooter action if you pick the right character. In the story, the two are reeling from the events on Eden and have been given a new assignment of Lucifer. 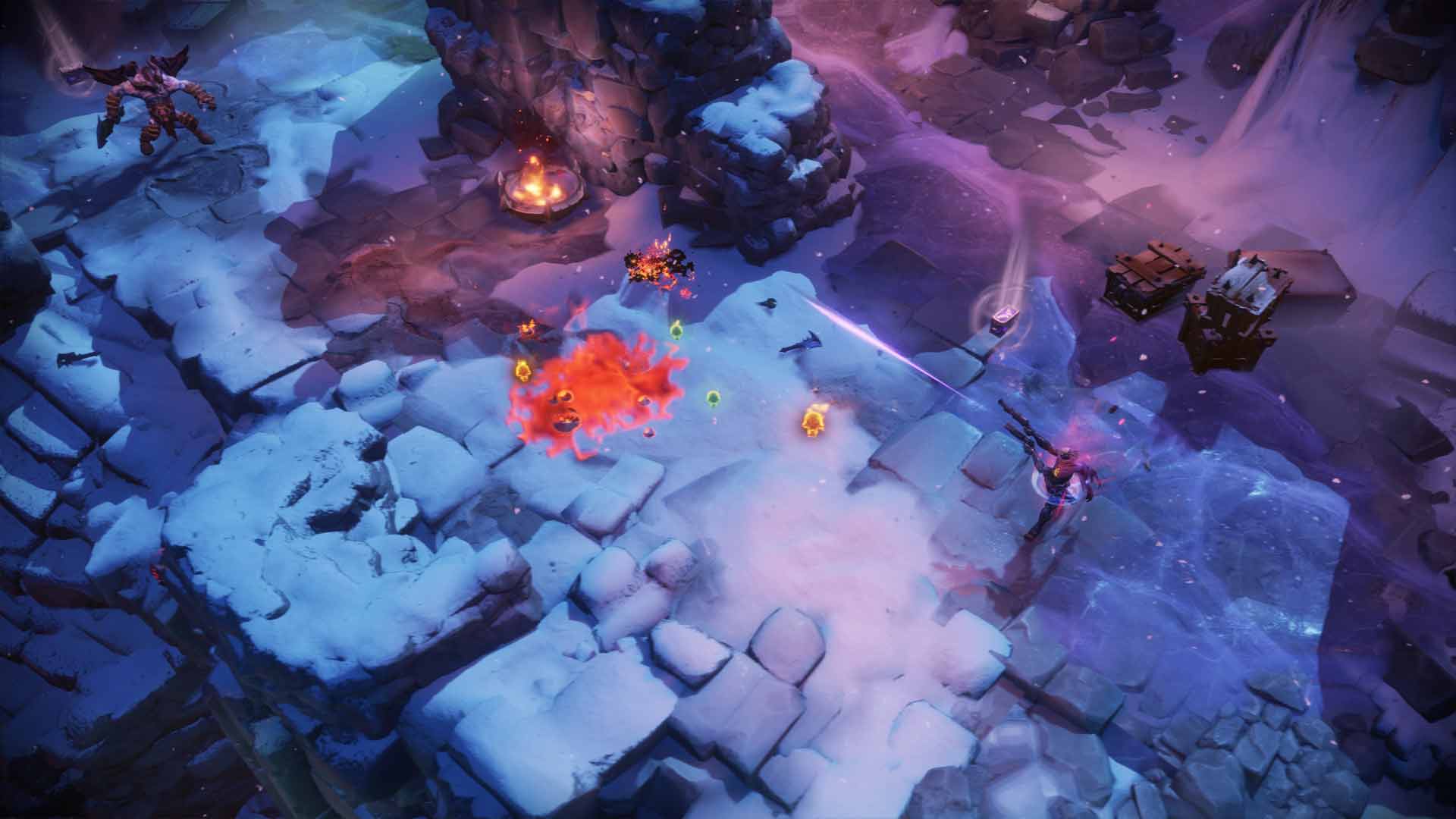 The two horseman must hunt down powerful demons throughout hell, to take them down before the balance is tipped too far. This tale will send you through an exploration of the Seven Seals, an interesting and mysterious aspect of the universe. It was mentioned during my meeting when I asked, that the game will be Xbox One X enhanced.

They’re aiming to provide a 4k 30fps mode, or a 1080p 60fps option as well for the premium Xbox console. That should be great as the game does carry some quality visuals with many little detaisl. I didn’t get to see a whole lot of it as this demo was short, but it did provide context as to what to expect. The gameplay is frantic, and it really does feel like an entirely different experience if you’re familiar with the mainline Darksiders titles. They had a unique environment, some fast paced puzzles and it felt different. There was some regular play, and a boss fight that felt familiar, yet different.

I don’t mind seeing spin-off entries for franchises, especially if they aim to provide a different perspective. It’s a neat way to introduce another horseman, and it sounds promising in general. I liked what I saw, but would have liked to see more. Seems like a fairly standard blast away the foes type of thing, but the switching on the fly or generally the cooperative element could be really cool once I get my own hands on it. That’s all for Darksiders Genesis, at least for now. Check out our E3 2019 hub for additional coverage from the event.