My first dive into a Xbox Series X game for content creation was DayZ. An odd choice for sure, but one that makes sense considering the specific niche following I have Youtube wise when it comes to the game on the platform.

With that, it was very interesting to see in action. DayZ isn’t a very well optimized game, and a very buggy one at that. The new console won’t necessarily be able to fix the core issues with the title, but it does provide a good amount of overhead to actually get this running generally smooth.

I’m used to playing on the Xbox One X, so it’s the same target wise for the Xbox Series X. It just provides a generally far smoother, and better overall time. The occasional stutter doesn’t disappear, and like I’ve long thought a lot of issues are with the servers or the game actual game design itself.


Whatever the case, it was way better for playing. I did an initial test in a modded server that had thirty-two players battling it out in Tisy with lots of guns. It actually runs quite smoothly, and gives such an advantage when it comes to gun battles since you can actually get some aimed shots in. Usually it’s just really choppy for the most part.

I also played in a regular server afterwards where things were improved as well. I suppose there could be other tests that would give this console a good stress on the particular title, but I thought those ones presented on one hand the harder working area of the game and on the other hand just regular play. 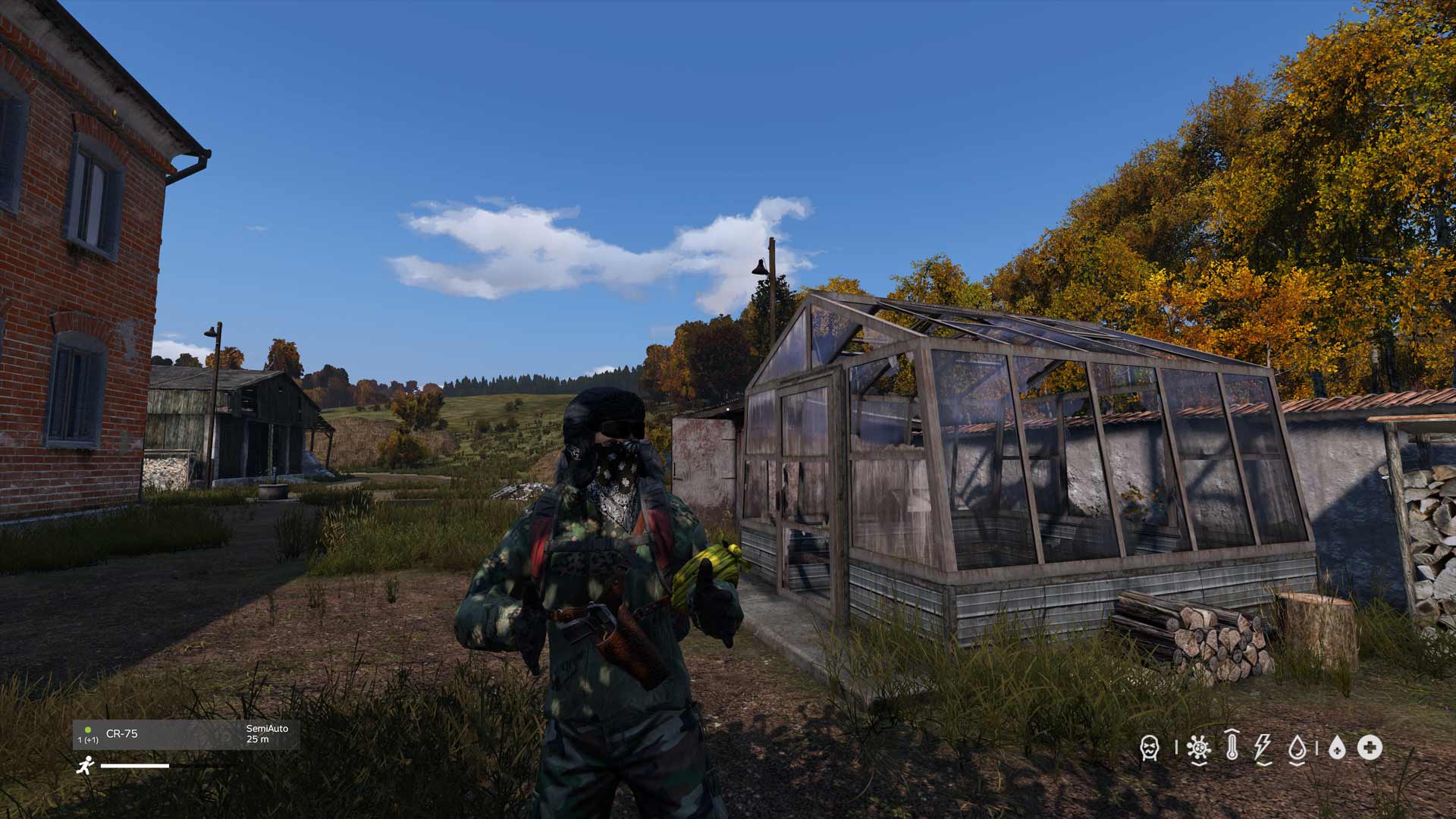 For the modded servers you get a lot of players in one spot which always caused performance drops on other platforms and I didn’t really notice anything like that in this situation. In regular play it’s just smoother, whether you’re running along the countryside or headed into a denser town area. It doesn’t really look all that much different, despite the fact that the resolution should be automatically boosted a tad.

I suppose it’s a little sharper, but the game has a certain visual style that the boost doesn’t necessarily fully get brought out. Still, it’s definitely a far better way to play the game. If you’re coming from the base console it’ll probably be a completely different experience having it run at 4k and actually come across as fluid.

I should mention that if you’re not familiar with the game, that DayZ is an open world multiplayer only zombie survival game. You deal with typically sixty players on a server while trying to survive brutal elements of the environment.

It’s been particularly harder after the last few updates and that only seems to be getting worse with 1.10 on the horizon introducing the cold in new ways. Still, it’s something that definitely has a following so it’s interesting to see how it runs on different platforms. I am also very eager to see how it runs on the PS5, but I may not be able to showcase that for a very long time.

Anyways, just some quick thoughts and details on how it’s been running. The video of course showcases this from a true visual standpoint. Additional coverage for the next generation console is of course below, and stay tuned for more looks at some of the greatest games and perhaps some of the most obscure ones as well as I work hard to truly to showcase a wide variety of titles.