Dead by Daylight Mobile will arrive on April 16th, 2020 delivering basically the full experience for IOS or Android devices. It features cross-progression between the device ecosystems but will have no Bluetooth controller support in case you were wondering.

They have a new easy going touch based interface that keeps all elements of regular play but simply displays them on your screen. They’ve also revamped the traditional audio cues you’re used to, using visual ones since so many on mobile have audio off when playing. This actually works out quite well and you can see it in action below.


I was provided some general information during an online meeting, replacing a setup that might have traditionally happened during GDC 2020. After that, I was able to get some hands on time with the title. They did also mention hitting 50 million players and that mobile was the ideal way to expand to everyone else. They’re attempting to keep this as close as possible to the regular release. That means getting the chapters and all content including original or licensed characters into this.

They’re currently missing the Oni and the Deathslinger along with their survivors. They aim to catch up by the end of 2020 including Leatherface within this timeline. They are missing Freddy to licensing, and are working on that. The original agreement didn’t include having him on mobile, that’s the issue thus far when it comes to the licensing for that specific character. For pre-registration you can get your hands on Bill as a survivor. 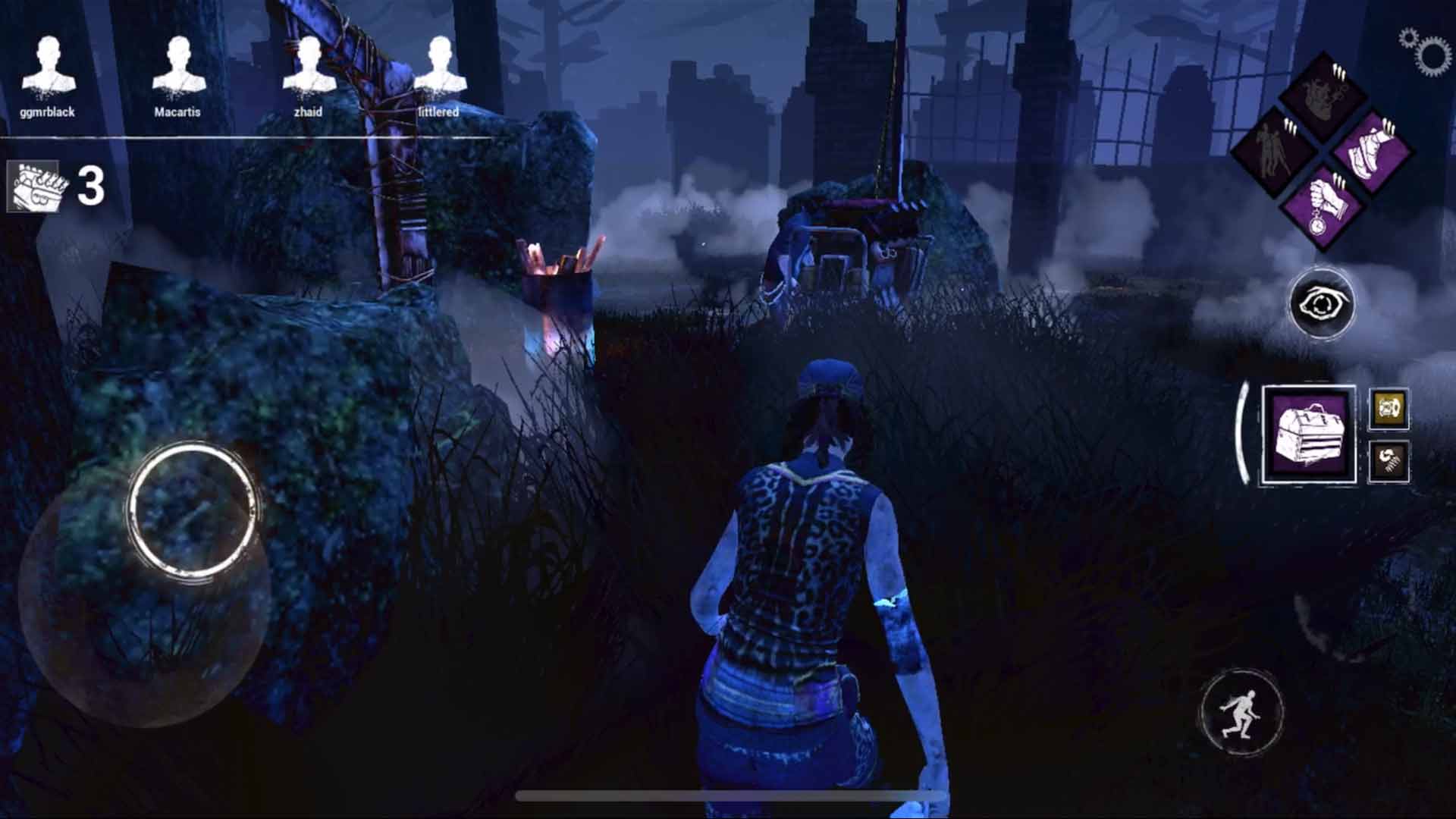 When it comes to realms, five are ready and six will be available for release. The maps are basically the same, except being set areas with minor adjustments to the geometry. The collision should more or less be the same within the world. They had level designers from the PC/Console versions assist in this regard.

Moving onto the modes they have survive with friends, basically easily play as a survivor or killer like usual. There are no barriers, play as much as you like. With unlocking you’ll need to buy or grind out characters. They have tickets which will allow a certain amount of time with characters, say 24 hours with progression being kept when doing so. You now gain XP as you play with the various characters, and when you level you get to choose between two perks at a time. There’s now a Blood Market as opposed to the web, a more streamlined method for getting items which are shared between characters here.

For the visual options Android offers multiple graphic choices and both offer 30fps or 60fps as a choice. This really is quite a comprehensive release of the game and I was pleasantly surprised. It handles quite well in terms of performance on my iPhone XS at 60fps. It also looks visually appealing, they haven’t really cut back too much when it comes to the look.

The map layouts are there, the survivors and characters play like usual. It’s nice they included bots for situations where there are drop-outs. It plays like a regular match of the game, a title I’m very familiar with since I play it quite often. I’m sure fans will be very happy with this iteration and this will be a good market for further expansion of the game. I’m also very surprised that they were able to include so much content, usually for these types of conversions you see a bit of a downgrade.

It’s definitely comparable to other versions, while streamlining certain things to make this work properly within the mobile space. Read our review of the recently released chapter below, or the general hub for additional coverage of this horror experience. We’re likely going to have a review for the full release on mobile as well closer to that launch date.

Read our DBD: Chains of Hate Review
View our Dead by Daylight Hub