I was invited to check out the Disintegration closed beta which gives a taste of the multiplayer element of this experience. It definitely appears to be having a campaign upon full release as that’s noted in the main menu.

You start with a tutorial, and then are thrown into a mismatch of maps and modes to play. It’s all about getting into the action, and just experiencing what this has to offer. It’s definitely a different sort of multiplayer as you’re essentially flying around in what feel like mechs. It’s got a fancy HUD interface in the first person, and from a third person view when you’re viewing others they look almost like gliders.

On top of that, this is also somewhat of a real time strategy title as you’re commanding troops. You can choose from a number of classes at the start which affects what weapons you have and your squad type.


You got a group of three in the multiplayer I played with each having different abilities and functions. For the most part they’re providing support, but they might also be tasked with collecting an objective or sending in a special attack to help out.

They’re in a fight of their own since the other players also have a squad so you can intervene or focus on other human controlled foes on the battlefield. This is definitely different and not what I had anticipated upon just hearing a little bit about the game initially. I’m certainly more intrigued now as it was quite fun to play with a nice layer of strategy on it.

I’ll also take time to go over the just of the game’s setting from their listed information. ”In Earth’s near future, climate extremes, overpopulation, food shortages, and a global pandemic led to nations collapsing and humankind on the brink of extinction. Scientists adopted a means in which the human brain was removed and surgically encased into a robotic armature; a process known as Integration. It was meant to be a temporary solution to an unavoidable crisis.” So definitely an interesting premise, and back to the beta which is what I was able to experience of this game thus far. 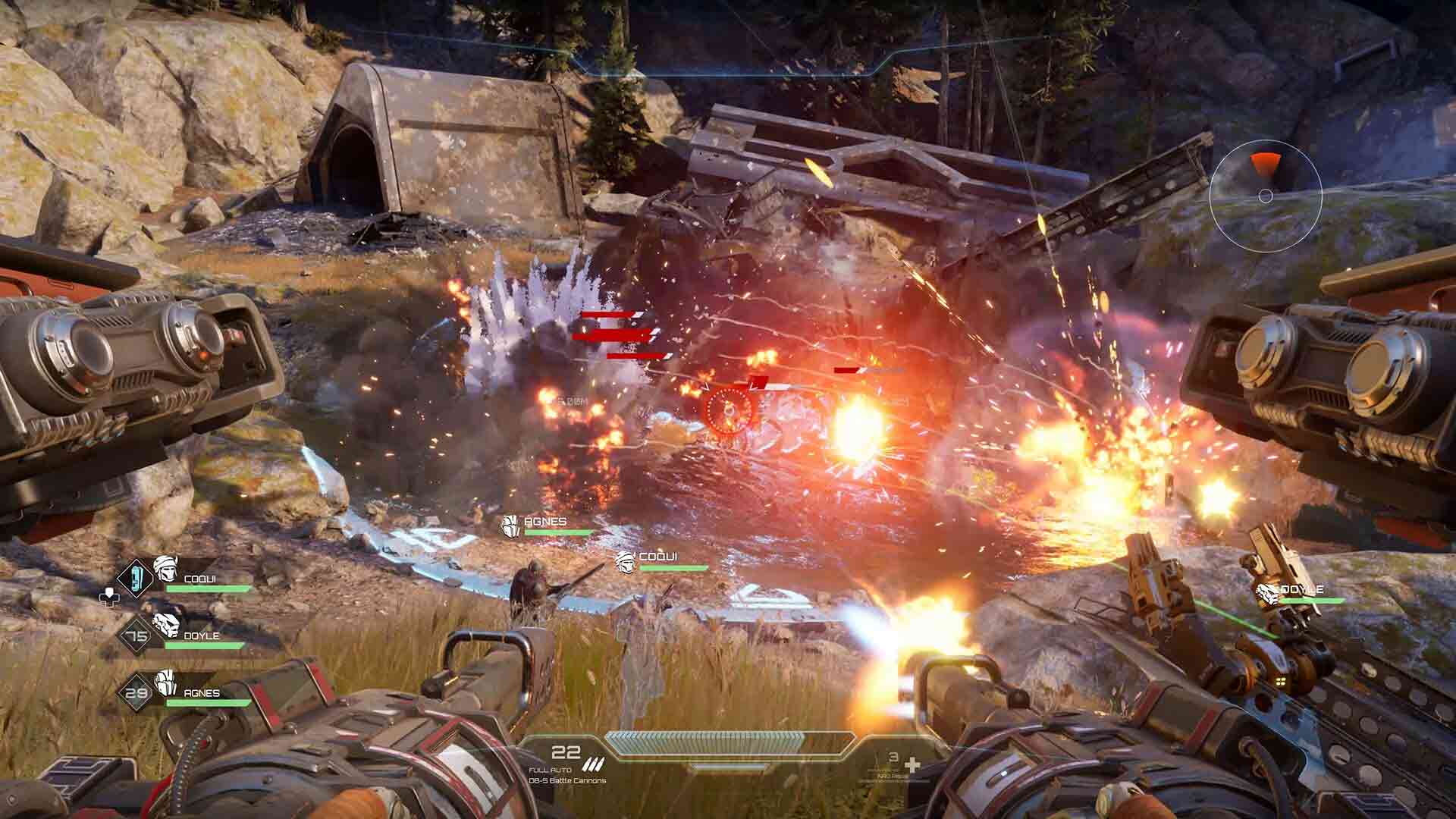 I really liked the focus on objective play here, one mode had you capturing positions whereas the other was round based. The rounds consisted of attacking or defending positions to have your AI troops hold an item to try and deliver it for a point. It’s a very different sort of multiplayer as I had mentioned prior. Going back to just blasting away troops, it’s best to cover the environmental aspects of the multiplayer.

The maps are well designed, flow well and have a great sense of atmosphere. They feel immersive with stacked backdrops and a layered style to them. They seem to be full of depth, and are varied in how they are presented. The tutorial had a good amount of destruction in it in regards to environmental damage, but I didn’t see quite as much in multiplayer so I’m guessing that aspect might be more campaign oriented. That aside, you get some neat weapons and tons of customization. There were so many spots for tweaking yourself, and the squad you fight with. That aspect is neat, anyways this felt competitive and quite original.

It reminds me of older floating ship type games from the older days of 3D gaming. That aside, it was cool to be flying around with various levels of elevation and dealing with others. You can burst away quickly, hide within the world and just command the troops through various means. I look forward to seeing the full package of this as it’s rather unique, and I’m now anticipating it as this was not at all on my radar. That’s obviously fixed now, and this is one to watch out for in the year.