This is a rather interesting title, it’s in Xbox Game Preview at the moment despite feeling like a polished release. The only issues I had stemmed from a slight delay loading wise when you’re about to kick off a level of this building. That aspect will make more sense as I dive into what this generally is about.

Still though, it feels like a regular release so I’m not sure the need for being in preview initially. That is of course a developer choice I suppose. The narrative of this is that a young eleven year old girl named Minerva has been trapped in a haunted house that’s deep in the woods. She discovered this place, and is now needing to say alive in order to escape. It plays with a rogue-lite action RPG style and it’s quite fun.


I really do enjoy this one, and while it’s creepy I think any audience type could possible play this. Death is permanent, but the crystals you spend towards special abilities carries forward. The world is procedurally generated and it’s very distinct each time you go to play. So once you enter the building you’ll be battling through various rooms on floors. Eventually you’ll fight for a key, and be able to head to the next level. Within each room are a series of enemies, and some little things to destroy to possibly obtain items.

What you’re battling are ghosts, and you use your flashlight in coordination with other items to defeat them. It’s a neat concept, somewhat feels like Luigi’s Mansion but with more action to it. You’re moving quickly, zapping ghosts twin stick like with the flashlight and using your plush friends as well.

That’s right, you’ll come across little friendly stuffed animals that can assist. Some blast in a stationary way, others fly around shooting beams. The dragon was my favorite I believe. It’s quite funny, and cute to see in action. Your items can be upgraded with special rune type elemental attachments, and you might find better tools along the way. One time I had a flashlight that shot essentially light bullets. 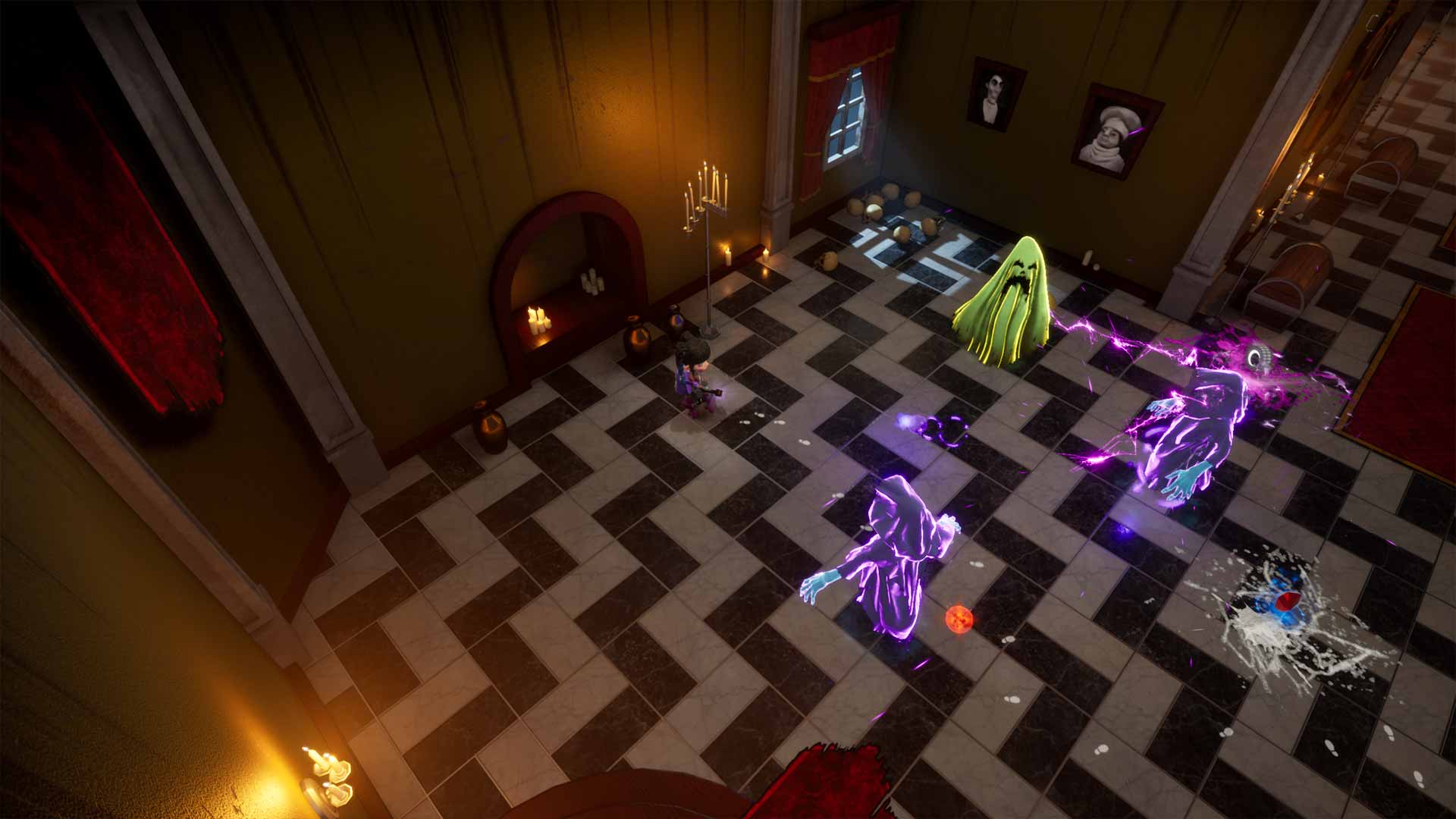 That’s just an example, as there are treasures and hidden secrets to discover that might help you to survive this situation. I also really liked the visuals here, it’s charming and full of depth. Quality detail in the rooms, presenting spooky yet generally varied ghosts to take on. There’s a good challenge, but it’s also just a lot of fun to play. I was very surprised, didn’t have high expectations going in and was impressed. There’s quite a lot to this, and it has a charming style to it that works well.

It constantly felt fresh, and I had a received a sense of progression which I find some rogue-lites have a hard time providing. This is also Xbox One X enhanced, which probably does add to the visuals that I found to be well designed and implemented. Anyways, I think it’s actually ready for a full release. Perhaps there are things they want to add or change, but I like it as it. You can read our review of Secret Neighbor below which is a similar idea yet multiplayer game or check out the general game hubs for additional coverage of titles.