Dying Light 2 continued to impress at E3 2019, and they really went all out for this one. There was a lovely open bar that led into a theater presentation, it was great. Show days are long, drinks help. Anyways, the game is looking incredible and even better than what I saw the year prior.

I was impressed then, and I’m even more excited for the game after what I was shown this time. We got a great sense of the open world, including the freedom and movement that will be present. It seems like there will a wealth of regular characters to interact with, and your decisions will certainly alter things. 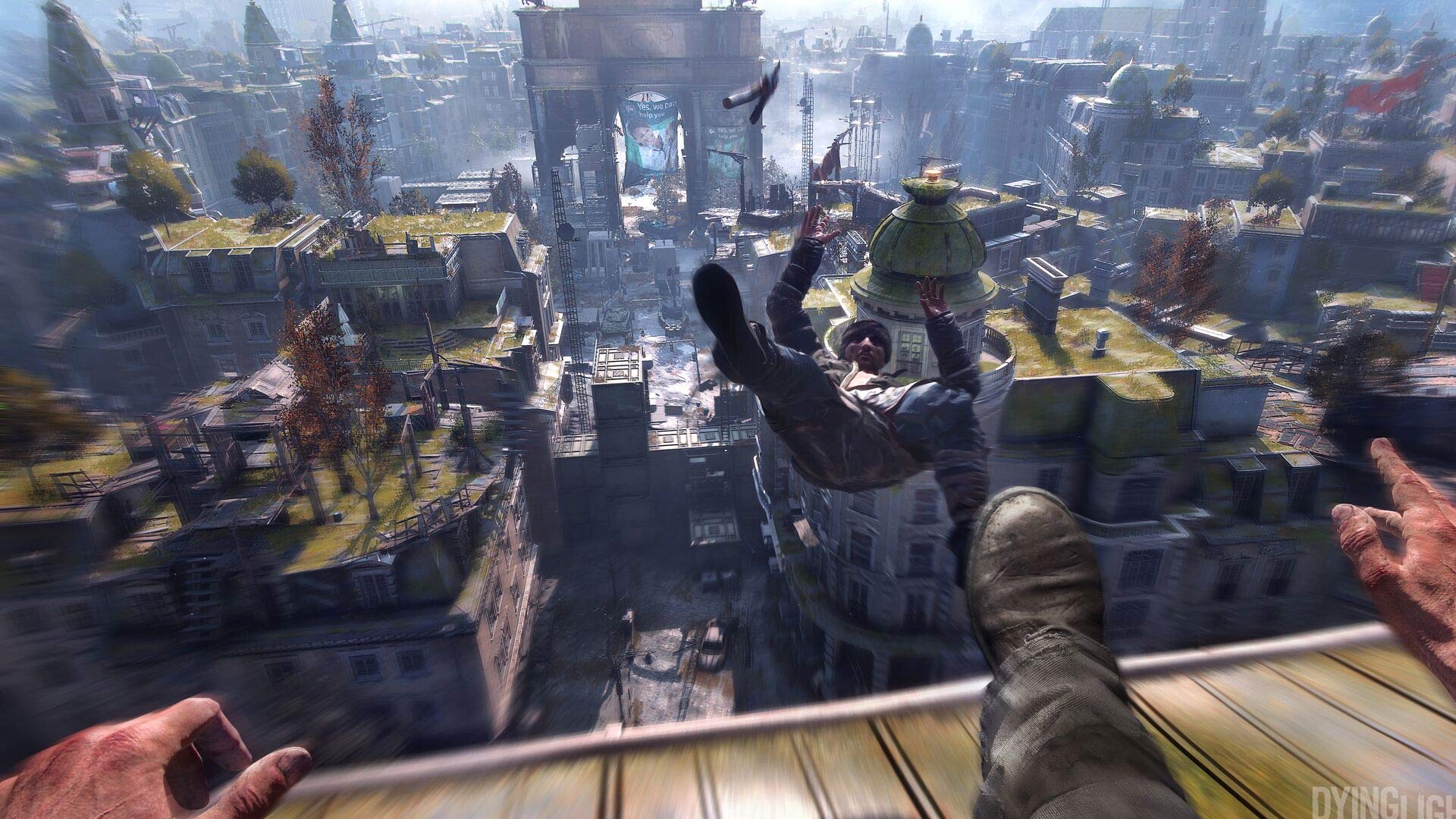 From what I recall the year prior this situation of water was slightly different, and it plays out even more intensely this time around. The general live demo has us thrown right into the middle of a crisis. There’s a party going on at the bar, but water is needed as things aren’t going well. The lead character needs to jump into action when a negotiation goes wrong.

This segment showcased the large environments that are incredibly detailed and just full of life, or well, the undead too. The character was running by regular human NPCs to then be dealing with the undead. The zombies were littered throughout the world in desolate buildings, and even more shockingly in large groups within dark underground places. You could tell the setup was scripted, but this was certainly a live presentation and it was glorious. The mechanics seem smooth for traversal and the combat was nasty in a great way. The gore was intense, heads rolled and everything felt impactful which is great.

The world seems vast, and there appears to be many ways to go about doing things as there was some driving involved to enter a large complex. This complex in general was massive, and a focal point for what they wanted to show. There were important decisions to be made in regards to the General, a leader of this large place. This guy had sent ambassadors to chat, the ones that caused a conflict at the start of this demo. There were choices, and it generally ended up being a messy situation that was game altering. This was a solid way to show how choices have consequences, and how dynamic things can be. The choice was made to send out water immediately which flooded one segment of the city, and dried up another.

New creatures appeared to rise, and fresh traversal methods came into play. It appears to be something with replay value in regards to just how wild the tweaks to the world could possibly get. I’m really looking forward to this one as it seems just awesome. I hope it delivers this quality experience when it does arrive, and after the first one I’m sure it’ll be a good time. The world feels lively, the campaign seems to carry heavier emotional aspects and this could come together to be one incredible experience.

We’ll have to wait and see as the release is still a bit off, I just generally can’t wait to get some of those wild new weapons to begin chopping the undead up. I suppose running and using insane parkour moves will be a blast too. That’s all for Dying Light 2, at least for now. Check out our E3 2019 hub for additional coverage from the event.

Read our Preview from Last Year
View our E3 2019 Hub