This was a surprisingly interesting sort of experience and what I believe might be the only title on the Xbox Series X/S that is purely available on the next generation. I don’t see that it has any support for the Xbox One family of consoles at the current moment.

That aside, time to dive into what this title has to offer. This is a multiplayer focused conflict that showcases certain World War II key fronts and battles.

This is presented across a collection of modes with some very well developed environments. It’s also unique in that this is squad focused. You’re deploying as a group of four, that being you and three AI squad mates. Do note that sometimes the squad sizes change, that’s based on what type of grouping you’re sending in.

For the most part, it is four troops. Vehicle teams might be smaller. With that, you’re going forward to take positions on the map. Whether that’s in the momentum sense, or just fixed spots. If you happen to perish, you’ll then slide into the role of another character in your squad.


It’s actually rather interesting in that regard, and creates massive collections of soldiers battling one another. I was seeing matches of ten players per side, with that total being possibly up to forty units per faction. That could be adjusted in the future as well, since this is a Xbox Game Preview title.

If you’re not familiar with the service, it’s a game in progress and is basically early access. That also means a premium entry point prior to this becoming free to play down the road. Whatever the case, it brings piles of units within a tight space.

I think the pathing does need to be worked on since units were on top of each other at times, but it’s still wild fun. You also have certain squad commands, that was helpful for managing a position. I could have my squad hold a flag while I flanked. The troops drop quickly from fire, and vehicles also mix things up a lot further.

I should dive back into the environmental aspects of which I think this is a gorgeous looking game. It has some really detailed environments presented in a 4k resolution at 60fps and while the store notes HDR support I wasn’t seeing it when playing according to my TV. That might have been some issue, or it could be coming later down the road as well. Anyways, the visuals are stunning. 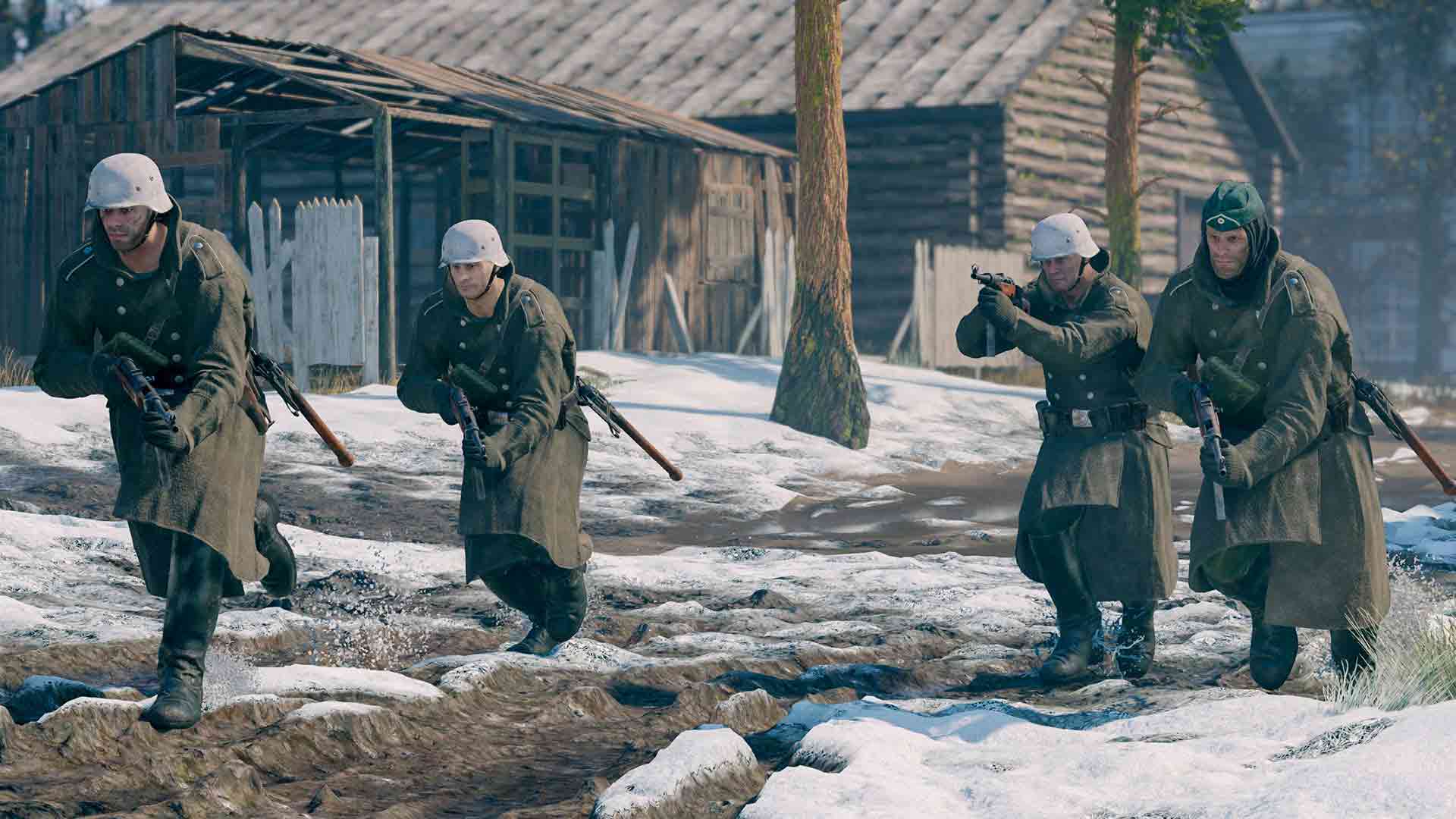 On top of that, there’s a neat sense of destruction within the world. You can have certain things break down, such as poles and that’s neat since I wasn’t expecting micro damage like that. I do wonder if that’s going to be more prevalent over the generation, large scale battles with lots of little things being breakable.

Whatever the case, I definitely enjoyed what I played and I think there’s a lot of potential with this one. I look forward to seeing how it changes while in the preview program. It’s got some neat potential in regards to training your squads, and the authenticity it aims to provide.

It should be neat to see how it grows and what they do to expand things further. It brought some epic action, and again wild situations when vast groupings of troops got mixed in with one another in tighter spaces.

Absolute mayhem mixed in with a bit of destruction. The freedom of opening windows to blast below, or the thrills of driving a tank to smash down poles along the way to eviscerating the enemy. Enlisted offers quite a bit, and it should be a good showcase of perhaps what to expect out of free to play games over this generation.

It certainly sets a bar I suppose. Additional coverage for the next generation console is of course below, and stay tuned for more looks at some of the greatest games and perhaps some of the most obscure ones as well as I work hard to truly to showcase a wide variety of titles.