It’s been a long time coming, but Fallout 76: Wastelanders is finally here. I took my time playing through it, and am happy I did since it provides some actual content to the core experience. I was however quite pissed that I needed to grind a couple levels to hit the twenty cap to enjoy the chunk of the experience.

Maybe I should have been a higher level prior, or maybe jumping back in I should have just been able to enjoy the actual good stuff. So, I started doing some of the Rose quests, and they were so fetch questish, and annoying to the max. After that I was finally able to start this Wastelanders content.

Anyways, our journey at any level starts right outside of Vault 76. Here you’ll meet two gals talking about treasure, this is obviously intriguing and you’ll head down to a bar area. This bar is positioned right where the first camp site is, and it’s a good way to get this whole real story going.


I liked that they integrated this into what you’d normally be doing when playing, so if new players do jump in they can enjoy some actual Fallout gameplay. I should also mention for context that this first section I did entirely by myself, whereas the later portions I had a friend along for the ride.

It’s important to note, as this is a multiplayer Fallout and therefore it should be experienced to some extent with others. You can play this by yourself if you so choose with others in the world, I’m just stating for the purposes of testing what this experience provides to its entirety.

With the story you’re able to make some choices and then push forward. It’s a sort of linear setup in some sense of what you do, and it does really lean on fetching again which was disappointing. I was just hoping for more depth there, but it does do a really great job of feeling like Fallout 4 to some extent. 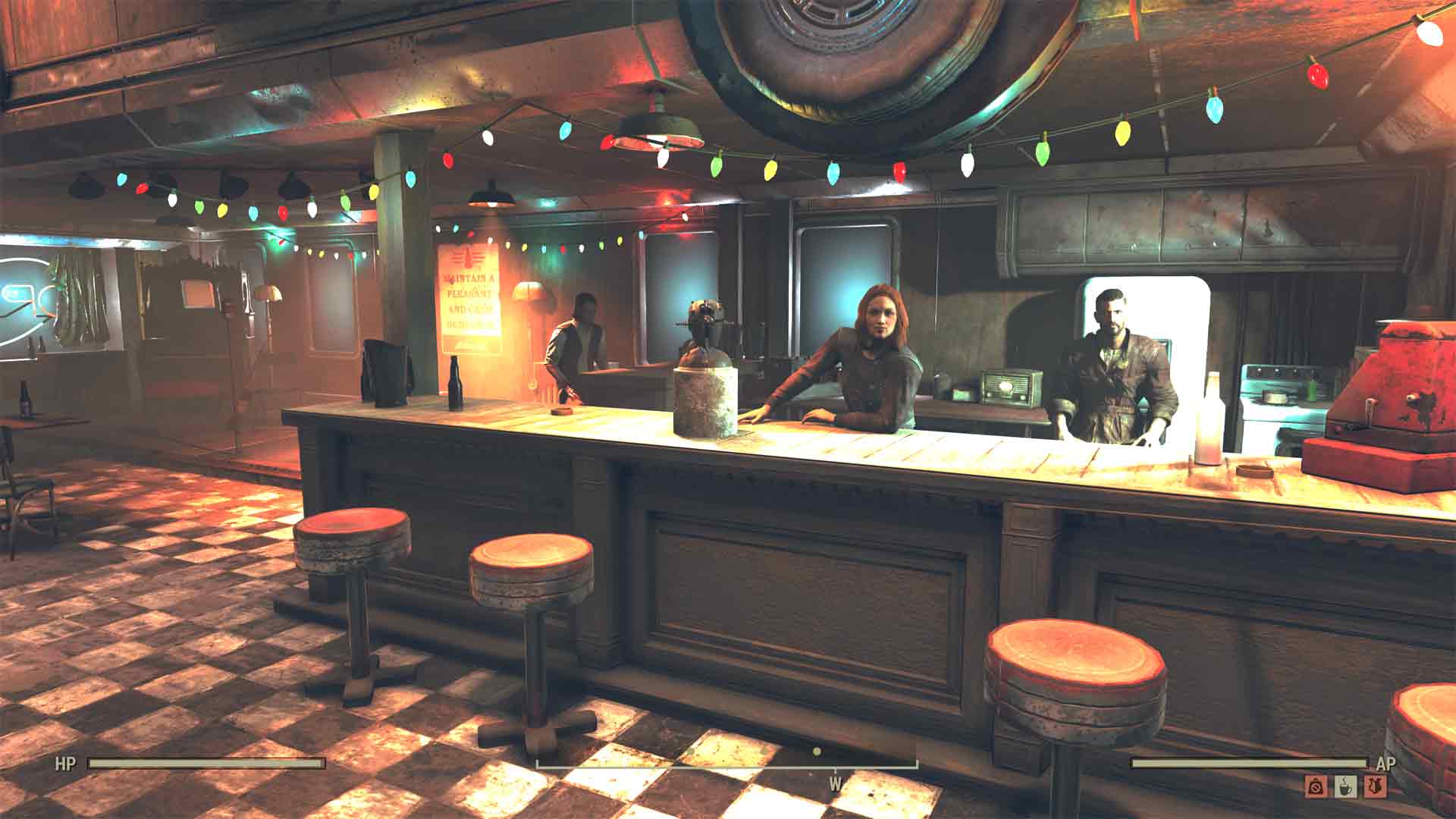 There are some characters to talk to, a good number of main missions to play and just a few side ones. It was a nice slice of what could have been, and I really did enjoy checking it out. This is a good redemption arc for the game, and it should be something veteran players find really interesting. The overall main story is about the collection of an important American resource, and it plays into the lore of the franchise quite well.

I don’t want to say directly what it is, as that might spoil the experience for some. It’s also the goal of what you do after completing these quests. After you complete the initial bar based series of quests, things do open up and don’t forget you need level twenty as well. You’ll head over to meet the Overseer and then start that main story I mentioned prior. I’m diving into it further, if this structuring seems off.

Anyways, this part is interesting as it contains two split perspectives to work with. You get to choose where you go, and the actions you make which feel so classical. At the same time, it would have been better story wise to have more conflict there, doesn’t matter as it was appreciated to have any sort of proper narrative at all in this game.

I do wish that there were more interactions however, or more side quests that spawned from chatting to other people in these groups. I always enjoyed the thrill of randomly chatting someone up, or running into someone and getting new side things to do. I wouldn’t necessarily do them all if I was rushing to get work done on the main games, but it was a nice option to have for sure.

I think in general this was a good addition to do, and an appreciated one. It makes it the type of experience that players could really have fun with out of the box as to say. That is, going forward they could. I think that’s important for the legacy of the series. I also love how they improved the camp budgets as that’s my favorite part of the recent entries.

It was nice to go in there and make my little house area to look how I always wanted it to. From an announcement I somewhat missed at their conference due to the bathroom (they had full service bars prior the conference), to the delay and finally release, I’m glad they put in the work to make this happen. You can read our review of the original release below, or our general franchise hub for additional coverage of the series.