The presence of Gears 5 was rather limited at E3 2019, and while that’s weird since the game releases so soon. We did get a glimpse at a new three player cooperative mode titled “Escape” at the show. I was certainly disappointed that I didn’t get to see more of Gears, but was definitely satisfied in regards to understanding what this entry will be like.

From what I could tell in this desperate mode of running, Gears 5 will basically be Gears of War 4. That’s a good thing as the fourth entry was stellar and I put in countless hours. It’s more or less the same sort of visual and gameplay experience, with some new weapons. This actually might be the most minimal graphic jump that the series has had between entries, but that will certainly keep it in line with the last one.

I also will note that Gears of War 4 was quite future proofed so that also is part of the issue with the minimal visual jump. While in line waiting to gather gameplay I did chat with The Coalition developers to get details. I used my intense fan fare for the game to get them chatting and learned some things. The whole, eleventh re-up and all is somewhat impressive time wise. 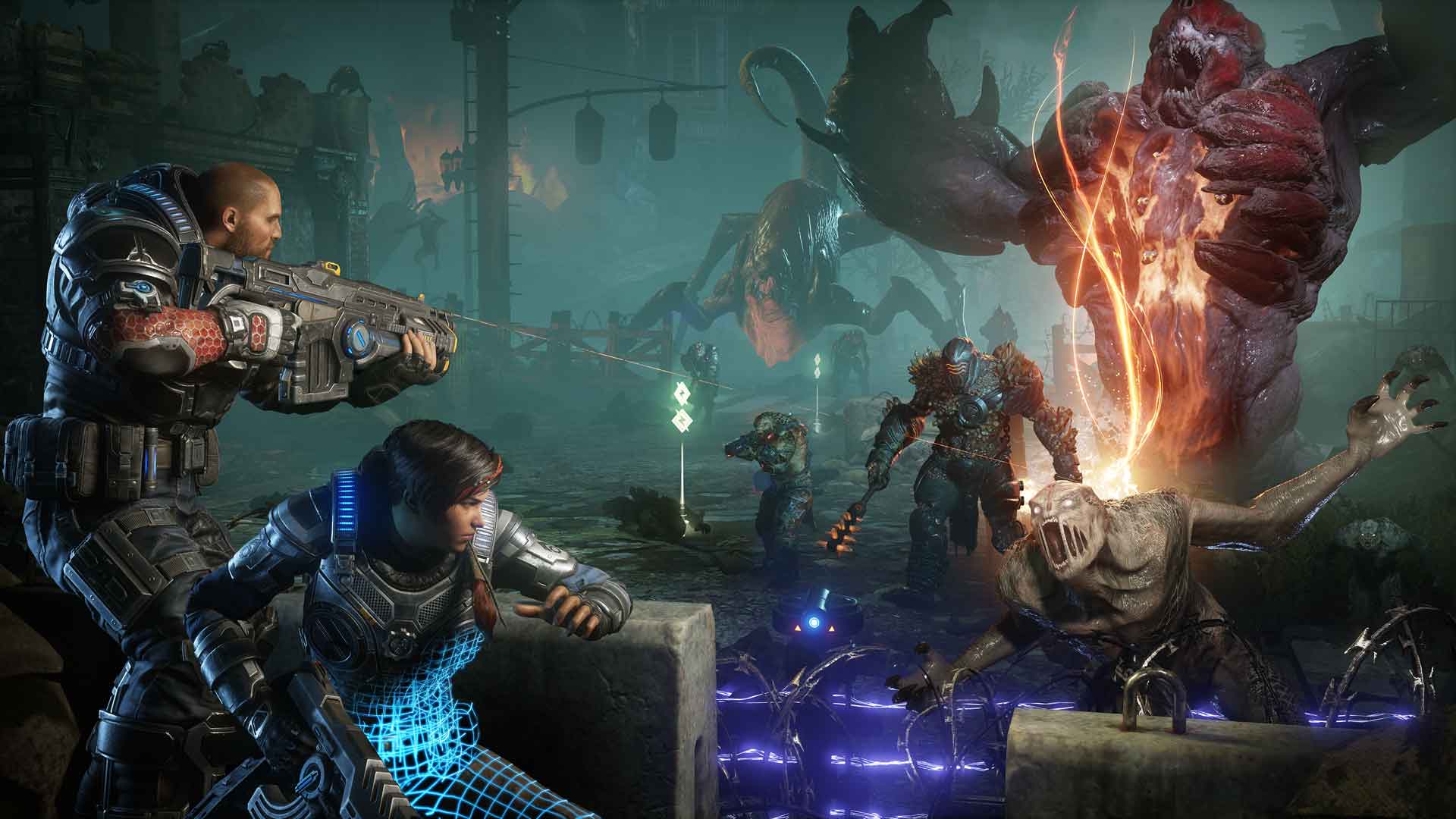 This mode is meant to be a bridge between the larger five player cooperative Horde and what you get with the campaign. Originally we had noted four players for Horde, as that was in the notes from the team. Could have just been a mis-mention from the developer on hand, or communication error on our end. The reason for the player count comes down to performance to get that 60fps and the balance of play in regards to how levels are setup. Reloading is the same as in Gears of War 4, but slightly altered in weapons to change-up the required skill involved.

The locked animations for rolling and weapon pick-up will be the same as the prior game as well. Each of the characters in Escape has something special about them and there appears to be more of a focus on elemental effects from weapons or characters. Our team was successful in escaping, largely due to my efforts as the mvp by the end and generally guiding the other two which seemed to not have played Gears before. The map is fairly sprawling, but focused enough that you don’t get lost. You feel like you’re starved for ammo, this comes down to a focus on wild quick action.

You need to kill, grab a weapon and then keep going. That gas is coming fast and going to a wrong area could cause your doom. There are levels to this experience with a fun loading segment that’s hidden in-game and then a final hold-off area that felt like it was from the cooperative Mass Effect multiplayer. You’ll need to close a door for the chopper to arrive and deal with unfriendly Swarm members.

I mostly unleashed with the electric knife and swatted this huge creature down, it was fun. I definitely am fine with what I saw of Gears 5, look forward to seeing more. This could potentially be a fun extra mode to add to the overall experience. Check out our preview of Battletoads below or the E3 2019 hub for additional coverage of the event.