One of the more impressive showcases of visual fidelity and narrative in the last generation was God of War. A grand continuation, and reimagining of the classic Playstation series. It brought back an aged Kratos, paired him up with a young son and sent him on yet another epic quest against various gods.

Definitely a different atmosphere in this one, being a perfect balance of this fresh landscape and the character you remember. With that, a new generation of gaming has arrived and the Playstation 5 has received a somewhat powered up version of this game.

Perhaps not the wildest of changes, but definitely a highly appreciated one. This upgrade provides 60fps as an option at the 4k checkerboard setting. There’s also the choice to switch to 30fps if you want to for whatever reason. For context it notes 60hz (60fps) and 30hz (30fps) in case you weren’t aware of the settings.


That aside, this benefit is there by default and such an incredible boost to the fluidity of the world. Expected perhaps, but it really makes the particle effects just pop and the combat feel ever so alive. It’s really quite amazing, and this game is just stunning on the platform.

It’s always appreciated to see some older games looking their best and with the sequel on the horizon this is the perfect boost to prepare players for a revisit to get ready for that follow-up. This will be the best way to really experience both titles, to see them at a similar visual quality and frame rate.

That is assuming the second game is aiming for similar targets. That aside, this is a really excellent upgrade to the first game of this fresh start for the character. I think there’s a lot of potential for this new series story wise, and it’ll be neat to see where it heads. For now, we can revisit a really powerful and engaging story at a far better level of fluidity than before and really dip into that higher resolution. 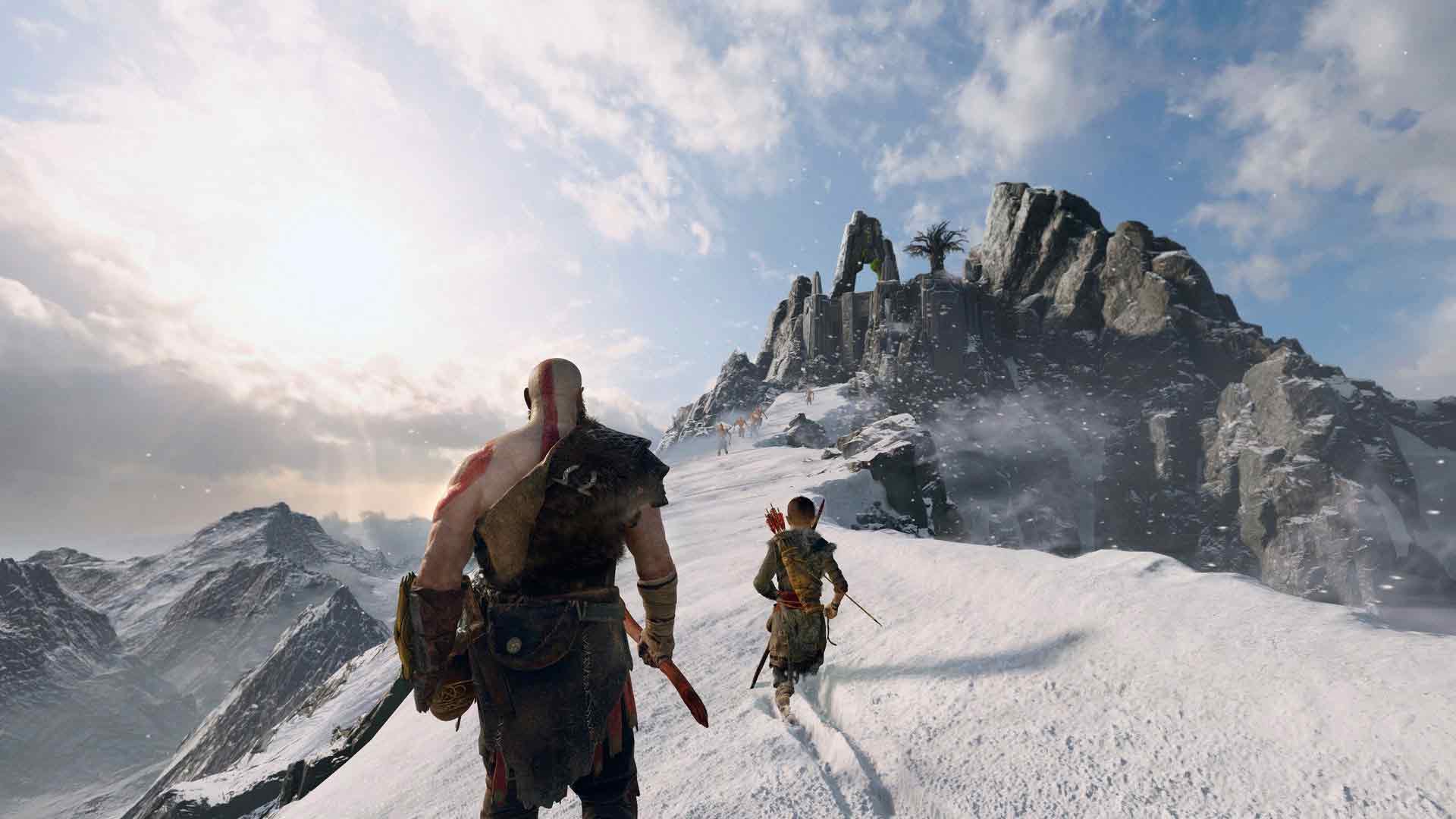 Even though it’s checkboarded it still looks fantastic visually, and most probably wouldn’t notice the different even between that and a native picture. It also loads far quicker which is a nice benefit of the new storage solutions being deployed this generation, it keeps you going and gets you into the games faster. Kratos really comes alive, as does the powerful Leviathan when it’s being wedged between the shoulders of your foes.

I was particularly amazed by the beauty of the landscape while rowing, or while revisiting the enchanted colorful forests that were closer to the start of the game. It’s just rather lovely to take in, a great showcase of the first party being a quick display of what could easily be achieved if they were to go back a little further in the catalogue for upgrades.

That’s something I’d really like to see, as they have a rich library that could easily be running smooth like this and looking stunning. Whatever the case, I’m happy to see this one given the quick boost, and to be providing such a quality time for future players looking to jump in. That 60fps is definitely appreciated, and it’s great to not have any sort of downgrade in the process of achieving it.

It’s a definite upgrade to the experience, and that fluidity is such a nice bump up. Additional coverage for the next generation console is of course below, and stay tuned for more looks at some of the greatest games and perhaps some of the most obscure ones as well as I work hard to truly to showcase a wide variety of titles.

Read our God of War Review
View our Playstation 5 Hub