Halo Reach Had a Depressing Story

It has been incredible seeing Halo Reach included within Halo: The Master Chief Collection. I was recently able to sit there to work through the entirety of the campaign, and I had forgotten just how depressing the actual narrative was. I remember all of the deaths, and themes of the story.

It might just be in age and a revisit that I realize just how depressing this tale was. It was a somber experience, filled with death and this was even something it told you right from the start. This was a doomed situation, filled with mystery and then pointless exercises in trying to fend off an enemy that had already won.

Along the way you connect with this Noble team, only for them to slowly be picked away. It was impactful, and beautifully setup. These were largely key cinematic points, or clearly designed to stick out. This of course really kicked off when you’re thrown out into space. They then showcase the burning landscape, and the tags being hung from your character’s hand. 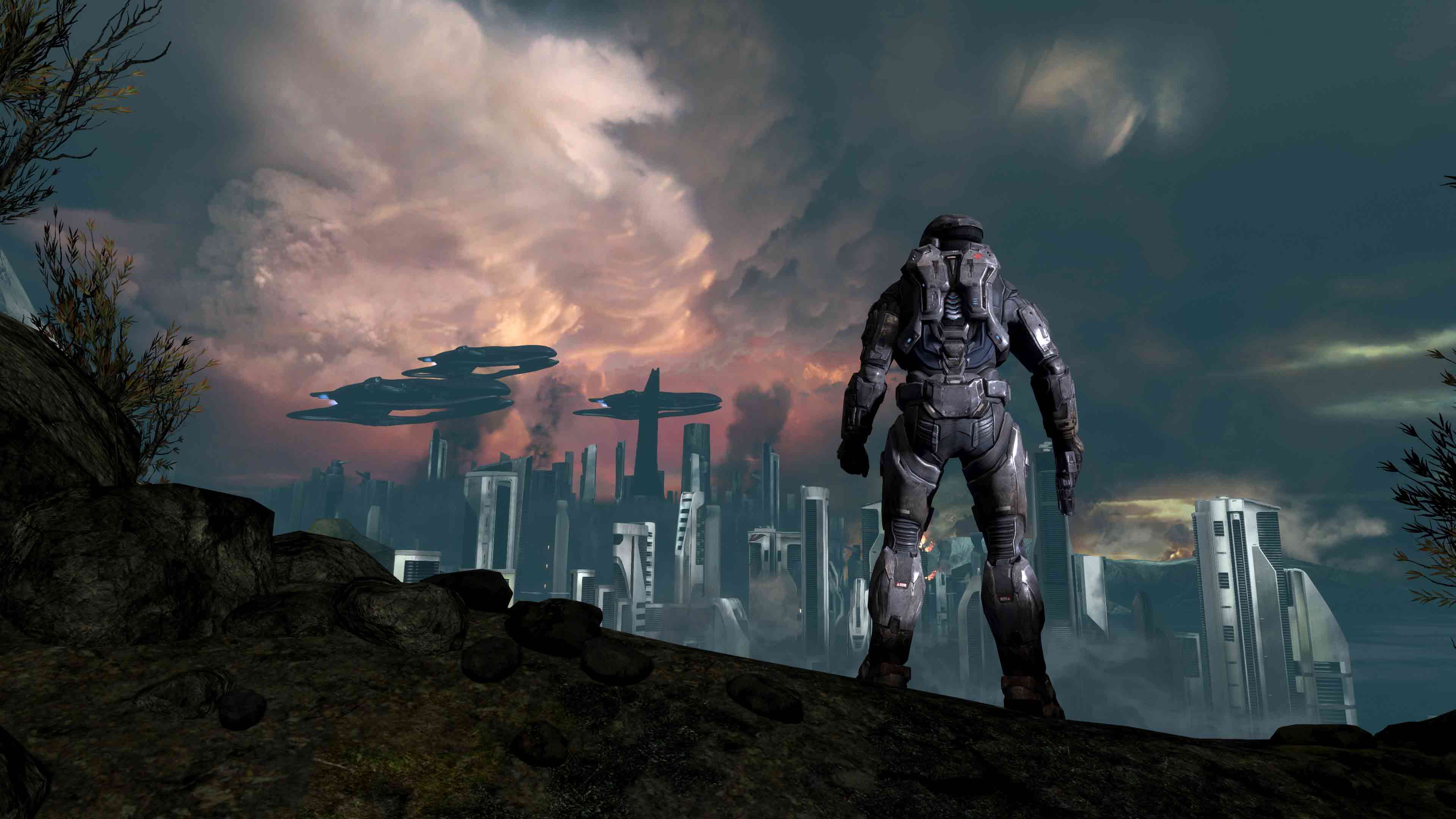 At that point you’re essentially walking through a place of mayhem. Civilians are running, the Covenant are invading and the backdrop again continues to burn away. Things are grim, moody and the rain really helps further that mood. This is when another, almost entirely random situation occurs. A strike from above, that comes out of nowhere. I’m trying to keep things somewhat spoiler free, but you’ll know what I mean if you play this or experience it during the rainy sky sequence. I had forgotten just how out of nowhere it seems, and there’s nothing that can be done. Things only get worse as you go along, some get away but you know the majority of people on Reach were doomed.

You get to see another situation where someone flies to keep the heat off you, and one badass final fight out of another. This ultimately sees you, the lone wolf against the might of whatever army the Covenant still has raiding the resources of Reach. It’s a foggy world, of glass and smoke. It’s a truly dark sort of ending, and not one that games really ever depict. A rarity almost, as the end is bleak. It does give a sense of hope, as you know these events set forth an entire franchise. At the same time, these characters are all lost. They are self-contained in this tale, aside from key players that come around later. That being said, you get the point. All of the main individuals that you fight alongside with throughout this scenario all are lost to Reach.

Not a spoiler, because they tell you that in the previews and the opening. It’s how this all rolls out that’s the real special part of this experience. That’s about it, just didn’t recall or perhaps really have it hit me as hard as it did this time around. The music, the atmosphere and the setup for these situations are really depressing. It’s a tonally different sort of game as it’s not a graphic sort of shock but one that is perfectly set through a number of means. A truly great game, and one that’s certainly worth checking out especially today. There’s not many like it, that’s for sure. You can read our review of the Halo: MCC below or check out the general franchise hub for additional coverage of the overall series.