I was actually genuinely shocked by just how good Immortals Fenyx Rising is. I played the Google Stadia demo on the 1080p feed option with a 60/16mb connection at the time for context. It ran fairly smoothly and the game itself looks gorgeous.

I can’t wait to see it in 4k. The art style here is rather stunning and helps provide a vibrant mythical world. It’s seriously quite a surprise and I’ll be diving into why that is.

I just wanted to get some of the technical aspects out of the way first. Anyways, this is a decent look at what the game provides. You get a fairly vast open area with a general goal to accomplish.


You could very well just dash off and do your own thing to explore, or run through it in a linear fashion. I would expect to play about a half hour of it if you try the demo which is just freely available on Stadia. It showcases some of the combat which feels really cool and also gives an idea of the traversal. The movement is fascinating as it feels like a sleeker take on Zelda: Breath of the Wild.

You’re able to just straight up climb walls and hop around using some extra boosts. You could also dash off a ledge and majestically soar across the sky. It’s really cool looking, and the whole world rendered beautifully. All of the grass details, the swaying trees and creatures with no pop-in here. It was just such a treat to experience. 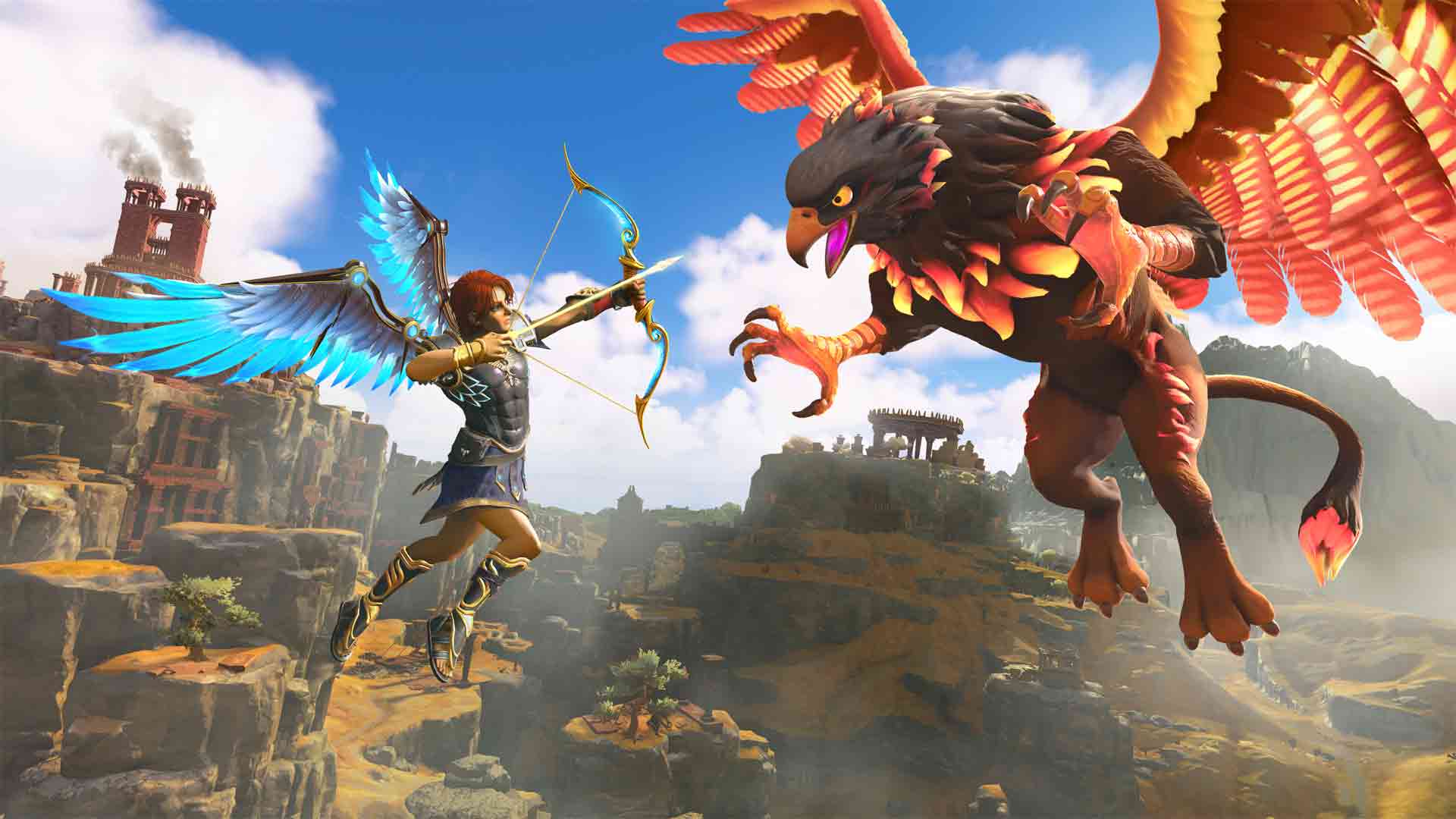 The combat is also very cool and perhaps only partly in display here. You have a number of hitting combinations to make and can even send your enemies flying into the air for neat attacks. The particle effects look great, though I do somewhat question the bumper button being the general attack. I used a Xbox controller if you’re wondering what I mean. The beauty of Stadia is using either input.

I suppose it makes sense to a degree, since your sprint is through X though typically they’re flipped around if you get the context. Other than that, you get some cool attacks. There’s a massive hammer you can swing out, a bow for quick shots and even some other fast paced extras to throw at enemies. The creatures you fight were varied, distinct and provided a decent challenge.

I just love the whole mythical element they’re going for here, it’s going to be fun and I already liked the story banter at play to set the scene. They’ve got a fun main character, one that’s exploring such an incredible looking world. It really does shine with such a vibrant use of colors and scale.

The puffy clouds, the bright scenes and the lack of darkness was charming. I think they’re got something really cool here and I can’t wait to see the full version of what this has to offer. I think it’s possibly going to be a big hit.

It does carry some similar RPG mechanics to other Ubisoft games so it’ll be interesting to see how that’s handled. I think it’ll be good, I have high hopes for this one and I think it has a lot of potential to be one of the biggest late games this year. With that, you can read our review of a similar game below or the general hubs area for further coverage.