One of the surprises from X019 was the reveal of the free to play game KartRider: Drift. This is a karting experience where players will drift and battle through a variety of courses. I was able to check out the beta on Xbox One X in order to cover it and definitely had some fun.

What makes this release rather interesting is that it features cross-play support between PC and Xbox consoles. It’s great to see this integration continue to be used, and it played absolutely fine. I didn’t really notice any difference within the competition and it was fun zooming along the tracks.


It’s a colorful, and generally easy going karting game. You have some choices for modes and then can just compete. They have options for solo competitions, or for group battles. You can do so with an aim for speed or one that includes power-ups which is my primary go to here as its more classical in my opinion.

There’s a good selection of modes present, and a variety of maps that are very distinct from one another. It’s neat to see team based driving situations, and with the cross-play integration with PC I can see this being a multiplayer that’s long lasting. It’s definitely fun to play, offers many little power-ups to fire off and I felt that despite getting hit by something I could still keep up with the action. It balances things well, allows some freedom in navigating tracks and it’s vibrant. 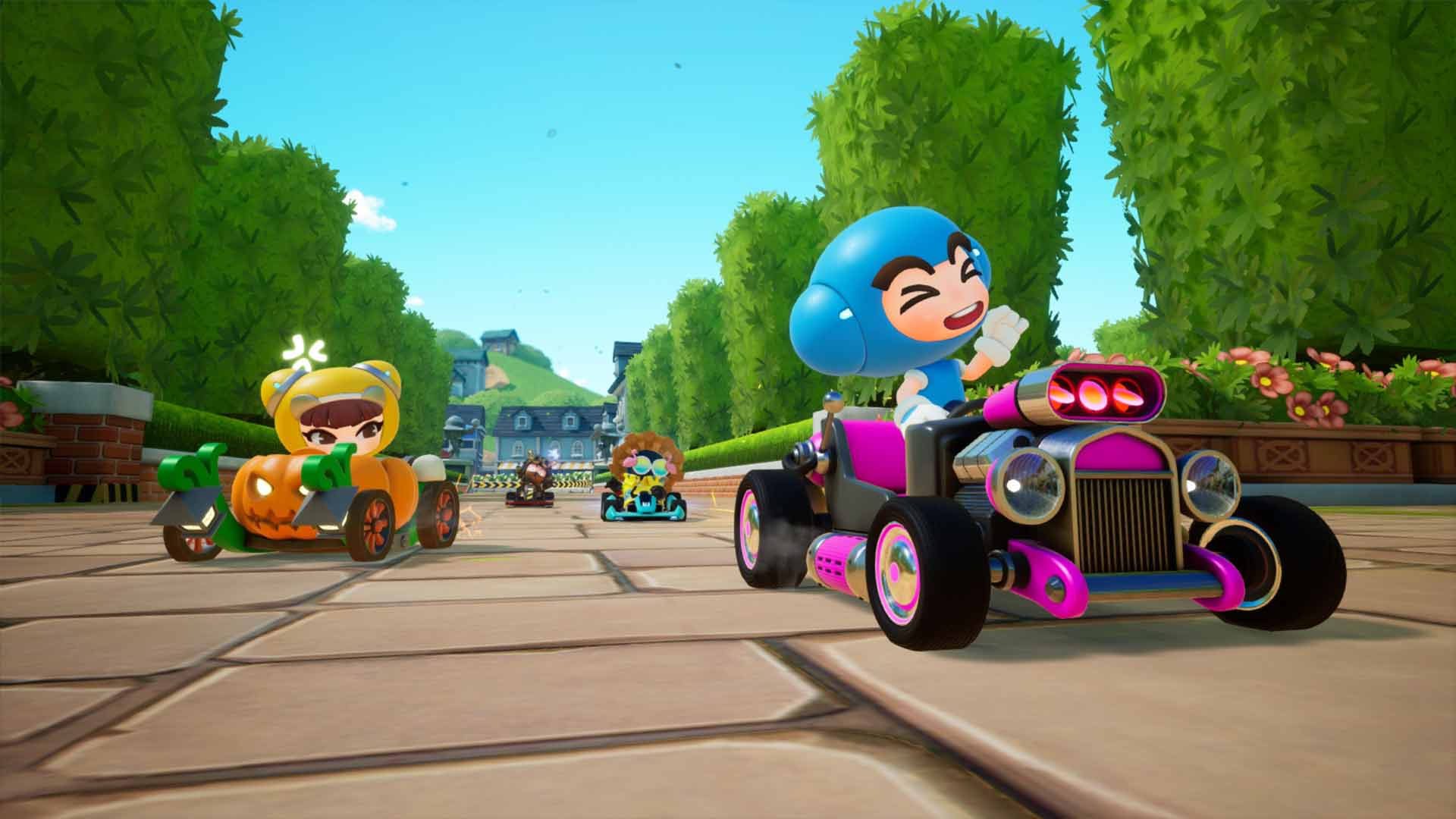 This has a 4k resolution with HDR support with its Xbox One X enhancement, and there’s also splitscreen for those that still play locally. That supports up to four players, and I’m sure that will be welcomed by those that want it.

Anyways, I’m looking forward to the full release but it seems largely polished and ready to go. I didn’t have any problems racing along, only complaint would be that loading could be quicker but I imagine that had to do with testing the servers and cross-platform system. You can read our review of the latest Need for Speed below or the general game hubs for coverage of other franchises.