A staple I do in all interviews in order to start things off is to ask that you elaborate a bit about your game(s) that people might not know?

Beidi Guo: LUNA The Shadow Dust is a fully hand-animated Puzzle Adventure indie game featuring wordless 2D cinematic, dual character control and original beautiful music. The development started from 2015 by a small 4 member Chinese indie team, aka Lantern Studio. However our members live across the globe from London/Shanghai/Toronto, during the 4 year development, we communities mostly via skype calls which were one of the biggest challenges we have to face.

I understand there’s a release window, when is it and on what stores will players be able to check this out?

Beidi Guo: We will start release on Steam on Feb 2020 first, following by gog and humble bundle. We will announce more detailed date and platform information later on when everything is 100% ready.

After that initial release, are consoles or other platforms being considered for Luna the Shadow Dust?

Beidi Guo: Yes, we’d like to cover as many platforms as possible from console to mobile platforms. However we have a very limited budget so we just have to do one thing at a time. 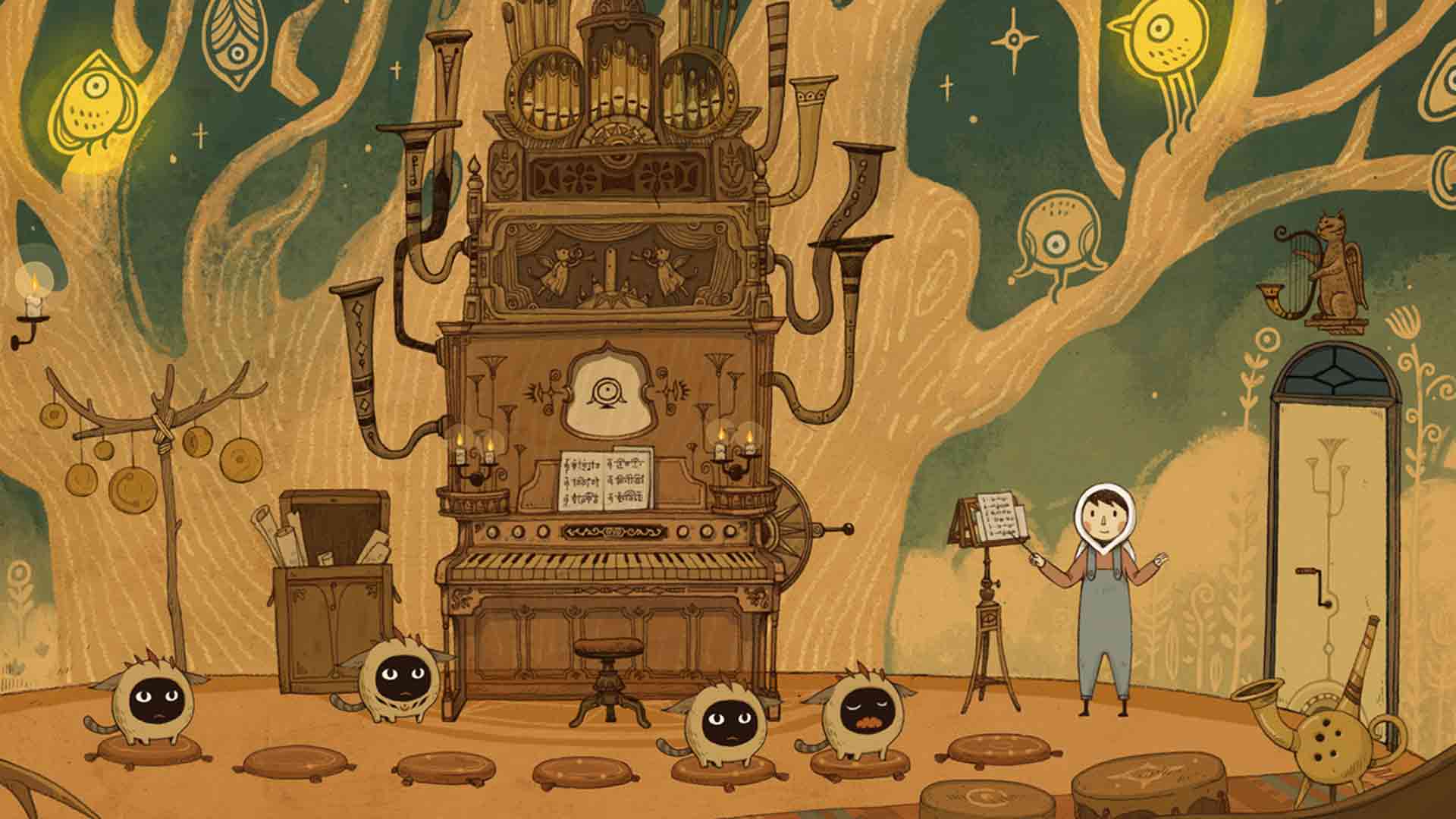 Could you describe the general narrative of the game, and the main characters that players take the role of?

Beidi Guo: One day, the balance of light and dark was broken after the sudden disappearance of the moon. It fell upon a young boy (Üri) and his companion (Layh), together they will tracing back the memories of old and take on a journey into the broken magical world that awaits illumination. It is also a story of finding back the courage and hope.

The artwork is rather stunning in Luna the Shadow Dust, could you describe the process behind this visual style?

Beidi Guo: Working as a freelance illustrator for many years, I have been trying to develop my own style for quite a while. The story of LUNA has a lot of magical, fantasy element to it, so I thought the style for it should be warm and also charming.

I’ve been influenced by Studio Ghibili’s work a lot since young, the design choice was also a combination of many animes, comics, and graphic novels. Illustrators such as Shaun Tan and comic giant Jean Giraud are our biggest inspirations

I also love the tangibility in any handcraft art piece, from the 90th Claymation game

Puzzles are noted as a big part of this game, what sort of challenges will players have to tackle and are there assist elements in case anyone has issues?

Beidi Guo: We’ve reserved both classic style point & click game’s puzzle and also created some different kinds of puzzle mechanisms in the game. As the visual and music play a big part in the game, we tied up some of the hints and clues with how players observed the surroundings. You might no need to do much, but really look into that world is the key.

It’s noted that the cinematic elements are handled in a specific way as opposed to having a dialogue system, could you describe what this will be like to experience?

Beidi Guo: Sometimes the meaning behind a text content might be lost in translation, however, we can all understand emotions by looking at characters’ facial expressions and movement. It is the universal language we all share. Like one of my favorites, Oscar-winning animated film < The House of Small Cubes> by Kunio Kato.

So we tried our best to animate and edit the cinematic together with the music in order to deliver the exact emotion we’d like our players to feel. It also leaves individual players enough room to let the imagination run free, each one will have a very personal understanding of the game, we want people to be able to interpret the mystery of the game in their own way.


For those that set forth to play the game, what sort of feeling or well impact do you hope the game will have on players that experience it?

Beidi Guo: We will be really happy if the players feel warm and loved. It’s a story about personal growth as well in a way, we wish it reminded the people that guided you in the past, by remembering them, we can then have the courage to overcome the difficulties in life.

Beidi Guo: Please help us spread the word - tell your friends, family and the neighbor’s pet that LUNA is gonna be out in February 2020. We’ve put everything we have into this game and we’d really like it to reach gamers who will enjoy playing it! This is something we can’t do just by ourselves, but with your help, we can. Thank you!