The first DLC expansion for Minecraft Dungeons has arrived with the title of “Jungle Awakens”. It provides two new levels, and a third special hidden one. The two core levels are the “Dingy Jungle” and the “Overgrown Temple”.

This is an interesting offering, with a theme of the dense forest area obviously being at the heart of it. This is particularly neat in that you hear a constant growling off into the distance that shakes the very ground you’re grinding within. It’s a nice effect, and helps set the stage for the conclusion of this extra expansion.


I do figure you’ll spend about an hour or so playing this initially, with multiple replays obviously being a big part of dungeon crawling. It brings a fairly difficult edge to the game, I will say that. Areas are tighter, it’s harder to see what’s coming and they sneak in a wide range of Creepers that you’ll have to deal with.

Seriously, those Creepers are around almost every corner at times and they’ll just hit you. They also add some other really neat enemies in this one. Some that pop up vines from the ground, other large golem monsters. 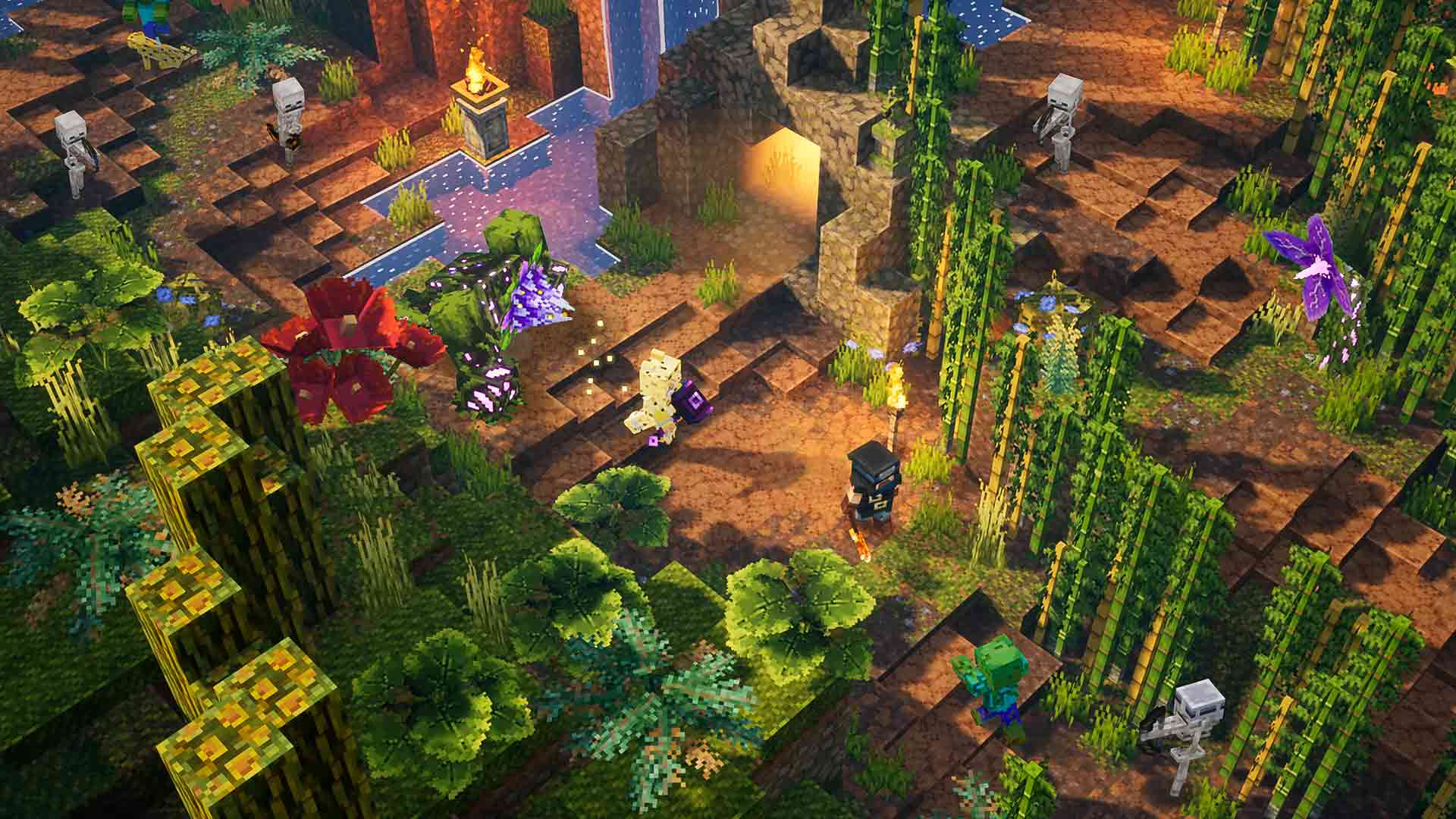 Just some cool additions that keep it fresh, and help flesh out the whole jungle area. The layout was also rather interesting, with these levels feeling as though they’re some of the largest in the game. They expand the core narrative a tad further, and provide a puzzle or two to work through.

It’s really great how they were able to keep things relatively fresh in this. It had elements of the core game, while not too heavily borrowing on them. It feels like a really distinct area with lots to offer, and a really good challenge.

It hits its themes well, and even brings a number of ocelots into play which was neat. I liked how they would also chase after Creepers, a behavior they borrow from the core game. They’ve done a good job with this package, it’s fun and feels large in scale.

This is hopefully a good sign of things to come as they aim to expand the scope of the title further. They could do some really exciting things with this game as the universe of Minecraft lore is ripe, and not really too explored. It was fun to play, you can read my review of the core game below or check out the general hub for additional coverage of this platform.