This has obviously been one of the biggest games in the industry since its release, and the hype around it continues to grow towards the release of its sequel which was recently showcased further with some small concept teases being released.

It was very nice of Blizzard to allow me to check out the Overwatch improvements here to prepare. With that, the game does actually benefit quite a bit when being available on Xbox Series X where it inherits its Xbox One X enhanced which provided a dynamic resolution setting. That means most of the time, if not all of the time that a native 4k resolution is being hit at 60fps on the next generation platform.


It also benefits from the addition of auto-HDR which helps make some of the smaller particle effects pop a tad more. In general, it’s looking incredibly gorgeous being very clear visually and the vibrancy of the bright visuals are just stunning to take in.

I always thought the game looked really great on the Xbox One X, but it’s really taken up a notch here to improve it just that much more. It really is hitting its full potential at this point, and I’m not sure what else they could really do to upgrade this one outside of boosting the frame rate to 120fps. In general I think the native 4k 60fps target is perfectly fine for this game and it runs very cleanly on the platform as is expected. 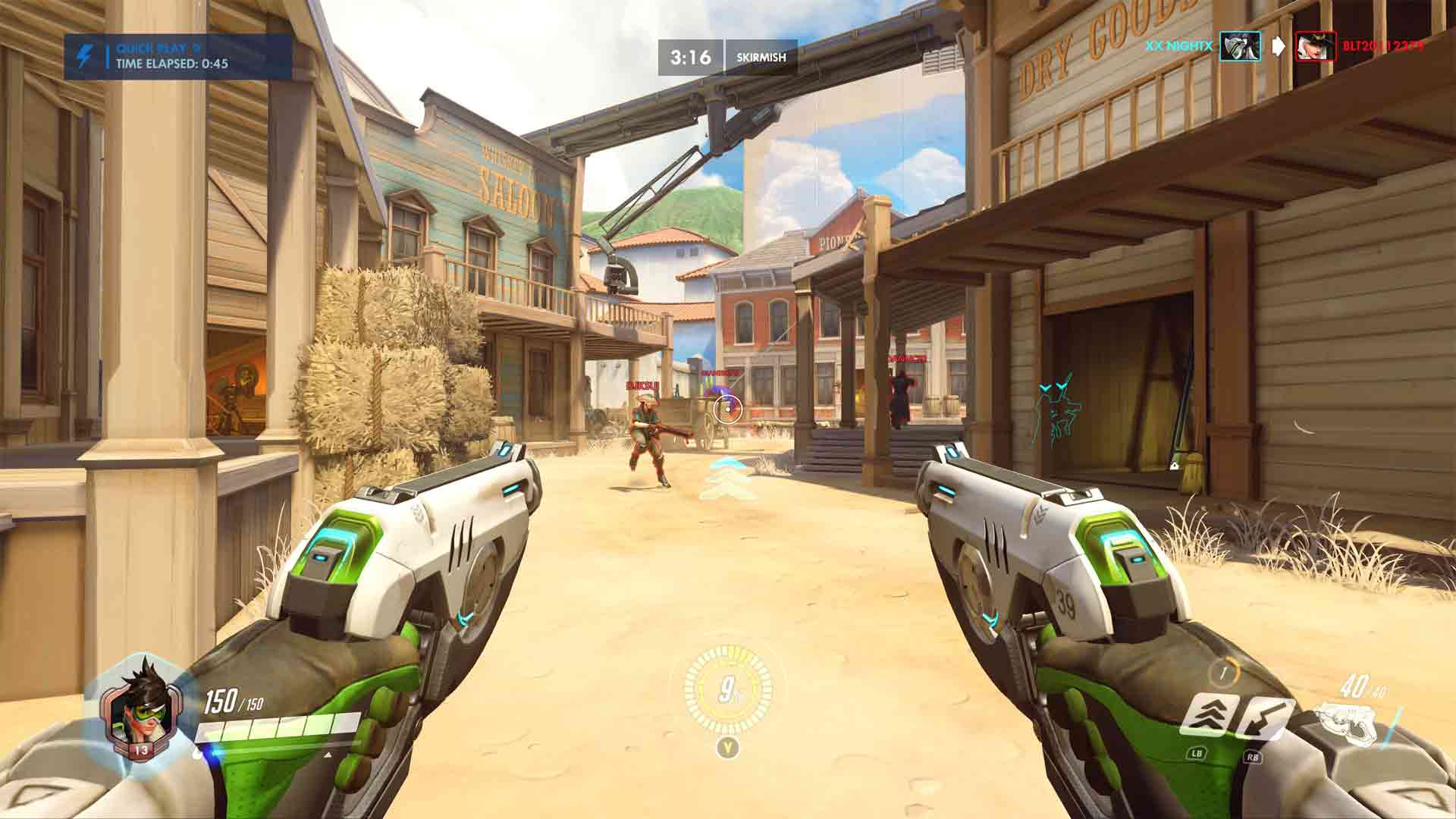 It’s also still a blast if you’ve been wondering about the state of play, and on top of that finding matches is still swift. I think they’ve hit a strong point going forward here as while content has slowed down that is in the preparation of the follow-up which will change-up the experience significantly from what’s been revealed.

I don’t quite know what else to mention about this, it’s just as fun as it always was to play as Tracer and zip around the map using those great abilities to unleash upon others. It also seems like teamwork continues to be a strong point of the objective based style this game focuses on. It should definitely be exciting to see what comes next, as this launching point is very strong.

Like I’ve mentioned, it’s quite fun and should hold fans over until they can get their hands on the expanded Overwatch 2 that’s on the horizon. For now, the first game has never looked better on consoles and it fully hits the fluid targets it aims for while being a stunning visual showcase no matter what map you happen to find yourself battling across.

It all just looks smooth, pops with colors and of course is always filled with action. Oh, and a spray paint here or there too. Additional coverage for the next generation console is of course below, and stay tuned for more looks at some of the greatest games and perhaps some of the most obscure ones as well as I work hard to truly to showcase a wide variety of titles.