With another year having passed, that means it’s time for Konami’s annual release in their Football/Soccer simulation. PES 2020 is coming in hot, and it brings a number of improvements to the overall experience. While at E3 2019 I was able to sit down and play some matches of the latest entry.

I was expecting something more presentation like having been blown away by what they did last year, but at the same time I was generally satisfied by a more relaxed situation of just getting to jump in and play some games. I was somewhat paired with the person beside me and just jumped in to get playing. This was on Xbox One X and therefore enhanced with a 4k resolution with HDR that looked lovely.

Now, there’s a mention of this being eFootball PES 2020 and I’m honestly not sure of that push though it’s some of the labeling involved with this release. I didn’t really get any sort of direct presentation, so I chatted with a developer while playing to get some helpful details. 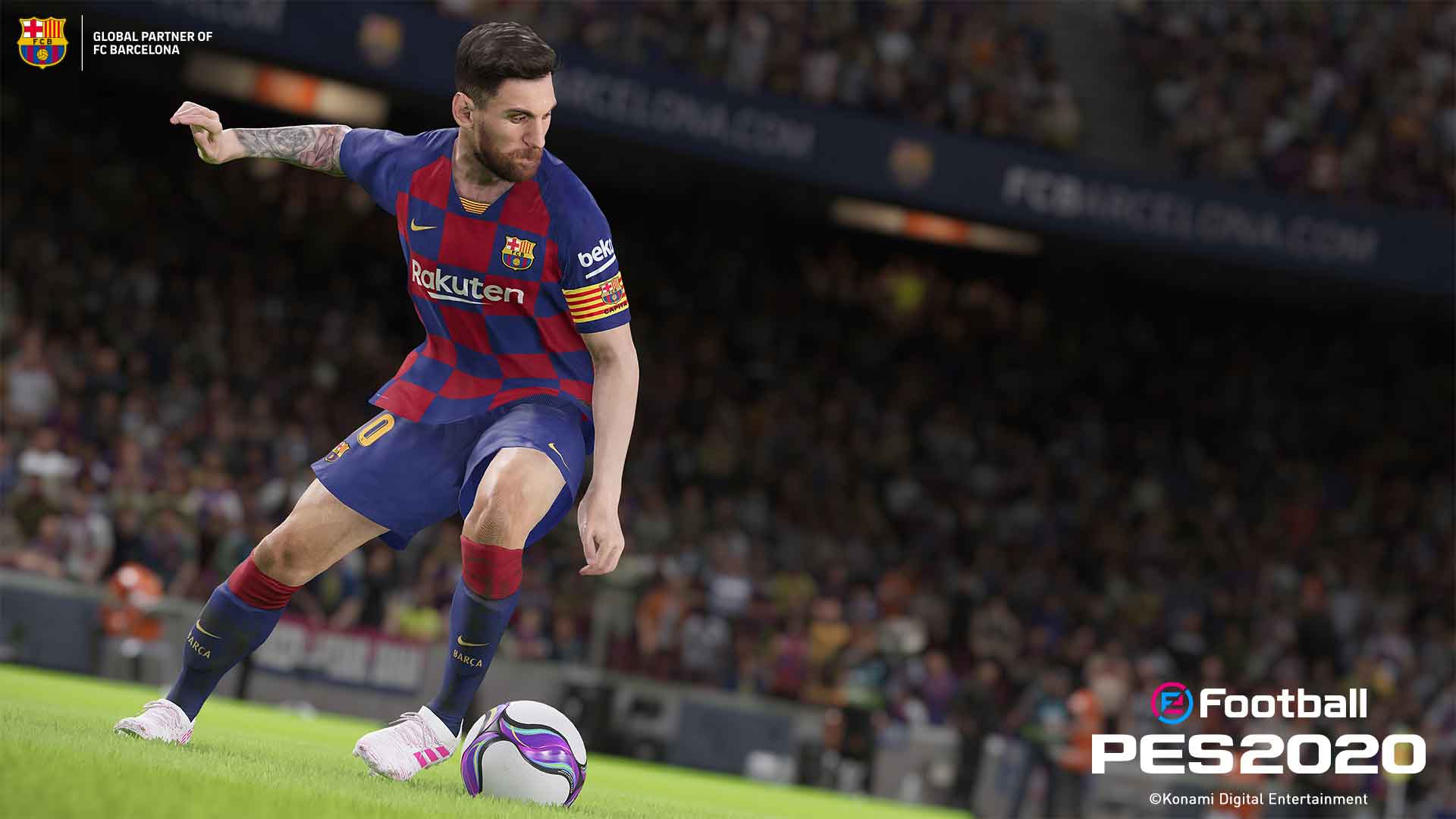 One of the bigger pushes this year is towards more personalization of how specific players interact. You’re going to see more of an intense look at how various stars play out there on the pitch. This also goes a bit deeper with a bit of a finesse dribble and an aim to create slightly more error for realism during movements.

The trapping techniques have been adjusted further, including one where you can run beside an incoming ball without direct contact. Another one where you can feint a trap one way, and then sneak off in another direction. If that’s not enough, other tweaks make the players smarter than before, and I’m sure other adjustments will be noted towards the full release. It feels familiar coming from the last one, and just generally feels like an upgrade. I didn’t necessarily feel like anything was too wildly different, just better overall which I’m sure fans will appreciate. I aimed to pushed the visuals by adding some winter season rain and then a regular day match.

I also found the players to have some solid detail within their looks, more so than in the previous entry. It was honestly somewhat hard to tell the full details since the screens were rather close within the setup. I look forward to jumping into the full version when it does come along. Oh, and Matchday is a neat new feature that’s sure to tie the game towards the sport in a brand new way. That’s all for PES 20, at least for now as we’ll likely review it again. Check out our E3 2019 hub for additional coverage from the event.