While April Fool’s was definitely down in terms of widespread usage due to the whole COVID-19 situation, PUBG delivered with a new fantasy mode. I thought I’d give this a whirl as I have more free time, and I haven’t played the game in awhile.

Now, this is a limited time offering yet also possibly important as these element were in development with this fantasy style being a fun way to test them out. This development aspect has to do with health and crafting systems.

Instead of collecting guns, you’re going in with set classes. What you find on the map are crystals, these crystals can be used to craft a set selection of items that grant bonuses. Extra health, damage and so forth.


It’s an interesting change-up, and I’d be curious how that might factor into the core game down the road assuming it does. That aside, they use the regular core map Erangel and overlay a fantasy art design over it. Well, just the map as the design is entirely the same.

The only differences here are the four fantasy classes and that once again to clarify the map itself is fantasy styled. Not the actual map, just the image you see when you pick where to drop. This is an odd choice, as the world is quite big and you don’t really have long range weapons. This creates an insane cluster in the drop zone, or causes you to walk forever since no one can pick you off in the open. 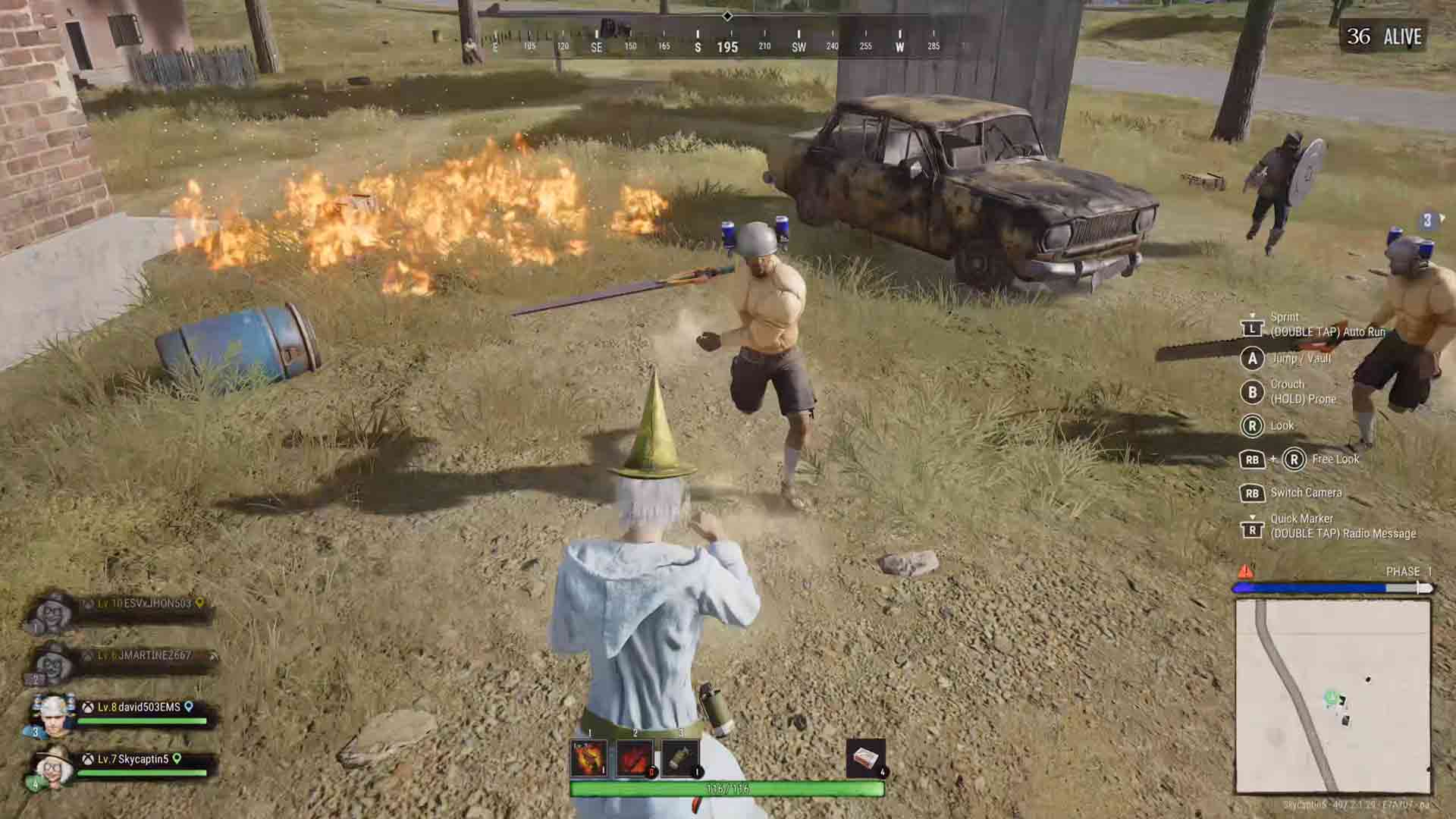 They do retain vehicles, with the bike even getting a lovely unicorn which I suppose was enchanting to a degree. I suppose it doesn’t open up vehicular warfare more, so that’s neat. So, going back to the classes they provide a strange bunch.

There’s a weird looking wizard, a funky well equipped archer and two clashing classes. The barbarian seems to dominate the field whereas the paladin with their shield doesn’t do much. It’s a funky bunch using basically traditional extra gear like stun grenades to assist them. Combat is actually rather hilarious, and I did have fun when there was conflict to be had.

Outside of that, long boring walks to find people. This was neat, nice to see something different being tried here and at least something funny to enjoy. You can read our recent post in partnership with NVIDIA below, or check out the general hub for more PlayerUnknown’s Battlegrounds coverage.