With a surprise release, PlayerUnknown’s Battlegrounds which is also known as PUBG arrived on Google Stadia. This is the latest large tier title to arrive on the platform, and also a welcomed one. I’ve had some great fun with the game in the past on Xbox One X and with the Mobile version.

It’s always interesting to see another port, and specifically one that’s cloud based. I find this one particularly being welcomed because it’s a great test of multiplayer gameplay on the streaming platform.

For context, this is a battle royale experience where a hundred players face off against one another to be the last individual, or team standing. It’s about dropping in from a height, looting across a large world and then being pushed inwards.


It has some event options, a number of interesting maps and lots of conflict. It’s tense to be alone in solos, or with up to four players when grouped together. It’s a great push of what a platform can provide, that being said it’s not quite as focused as it could have been due to the addition of bots.

I have no idea why they would think the addition of bots would be beneficial, but it kills the experience for sure. Moving past that aspect, it’s interesting to see this game become available. For the most part, it’s quite stable and fluid.

At the same time, the visuals aren’t pushed as much as I had hoped for. It looks fine visually, but I was really hoping for a super smooth, high resolution presentation. For some network details I was getting 60/15 MB which is half of my usual speeds, but given the situation these days that’s what I’ve been getting. 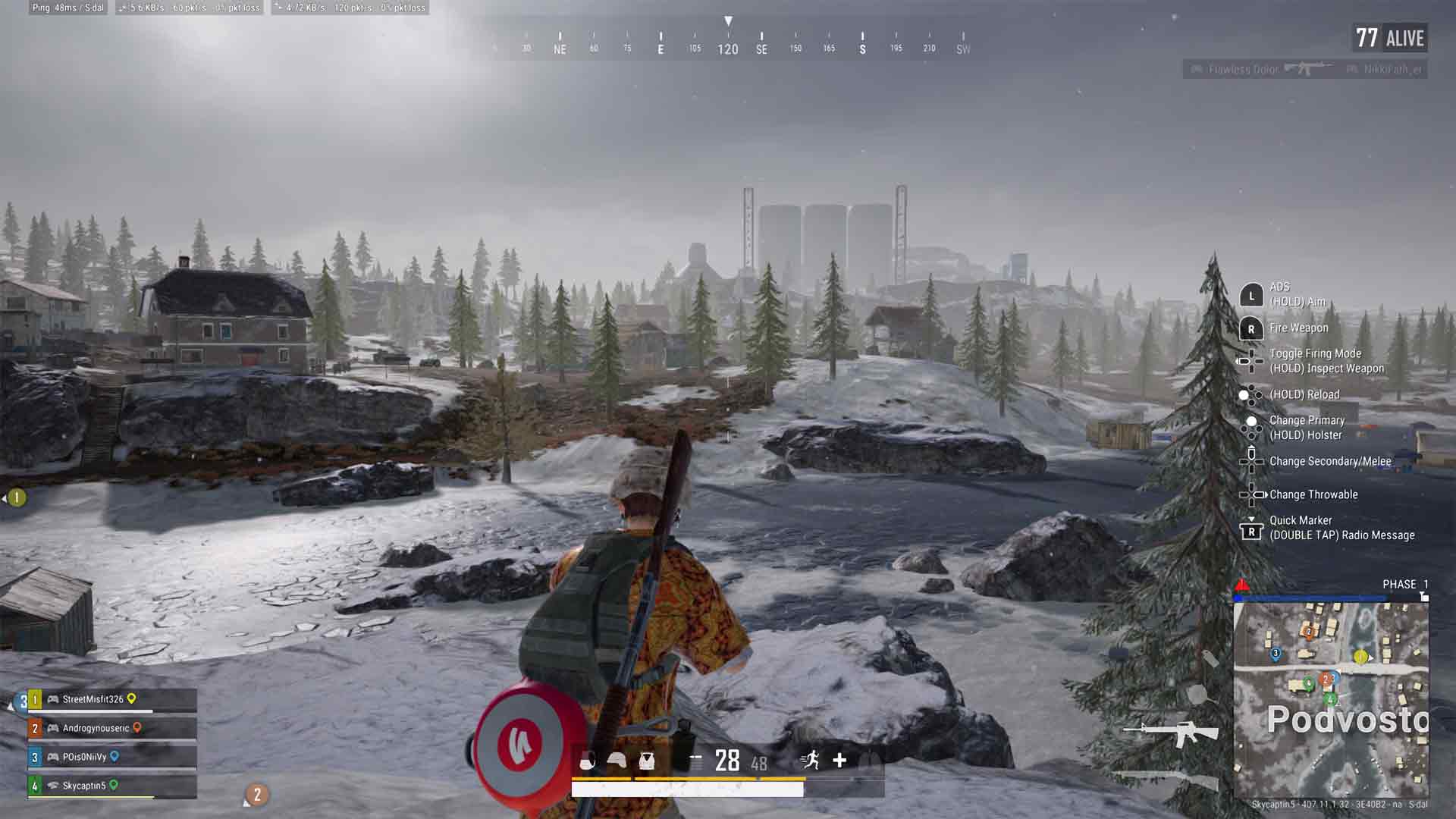 I did notice while playing that stutters were present, which seems to be somewhat of a common thing I’m noticing when trying the Stadia titles. I hope this gets smoothed over, as it can be annoying to deal with. At the same time, not the biggest deal quite honestly. Anyways, the game was fun to play again and it looks solid. It seems steady the whole way through a match, even when you’re at the end game where things usual dip more.

Vehicles didn’t seem too detrimental to performance like they usually do within PUBG. I think they’ve done some interesting things with this one, and it does work in a good way for showcasing how multiplayer games can be delivered on this platform. I loved how I could just instantly jump into the menu as the game is typically very slow to load up on consoles or mobile. That is of course a main benefit for Stadia, and it’s excellent to have. I was easily able to plug in a controller to play, or to just use a keyboard and be matchmade accordingly.

With this release, like usual they also provided some neat gear too. You get a Stadia branded parachute, hoodie, helmet and frying pan. I found the hoodie to be too bright considering the color scheme, but the parachute is really cool as is the frying pan. In general, this is a great way to play PUBG. I wish they would have pushed the visuals more, but it looks fine. I also hope this bot aspect gets removed, sort of ruins the game almost entirely.

It just removes that edge of quick conflict, or even how matches might have gone considering the easy kills to get you started. It’s supposed to be dangerous, not a casual time for players to feel welcomed. Again; that aside it’s a good showcase of multiplayer for the platform, an area that I feel needs to be pushed more going forward as that’s generally how games are enjoyed these days.

This is a big, and great random pull for the service to get. While you might not think that’s the case, this game is still quite massive and very well known from a global perspective. It was even better for them to include this within the Pro service. You can read our recent post in partnership with NVIDIA below, or check out the general hub for more PlayerUnknown’s Battlegrounds coverage.