Nicolas: Pumpkin Jack is a 3D action platformer that I started solo-developing in 2016, working on it full time since early 2019. I was inspired by old-school PlayStation platformers I played during my childhood such as Jak & Daxter, and MediEvil with its spooky atmosphere. Since I couldn’t find any 3D platformer that inspired me at that time, I figured I should create my own! 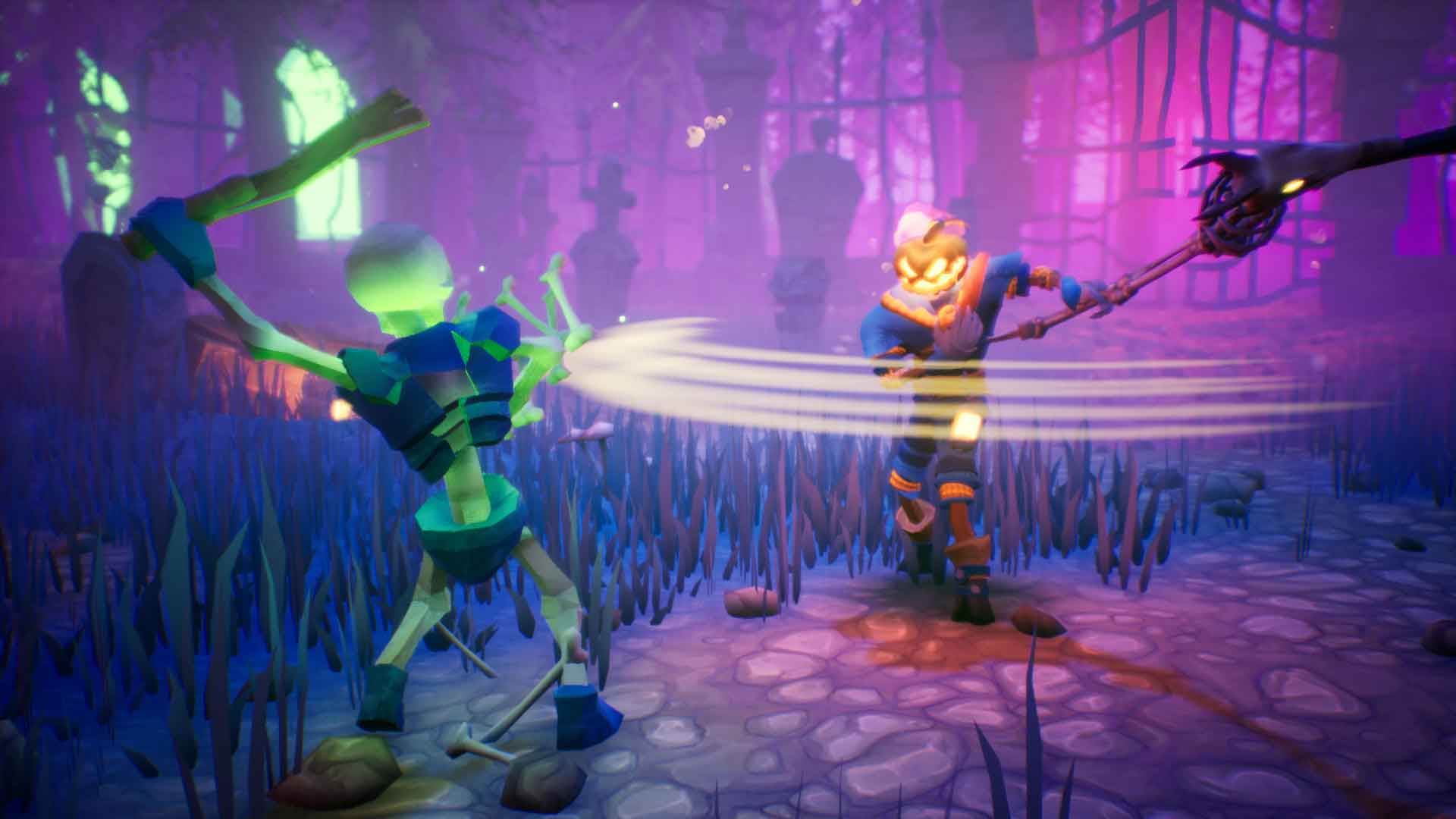 Looking at Pumpkin Jack, could you describe the general narrative of the game, and the main character that players will be taking control of?

Nicolas: The Devil was really bored by the monotonous calm of the Boredom Kingdom and decided to unleash the Curse of the Eternal Night upon it. However, the humans summoned a Wizard which is the only one able to end it. You play as Jack the Pumpkin Lord, and are summoned by the Devil to destroy this Wizard and its army!

What is the general gameplay like, and what genres of gaming do you feel it best fits into?

Nicolas: Action-adventure platformer is the way I would describe Pumpkin Jack. The game is a mix of challenging platforming, stimulating battles and innovative puzzles in eerie Halloween-themed environments. All the aspects of the gameplay are available within every level, with new ways to enjoy them each time! 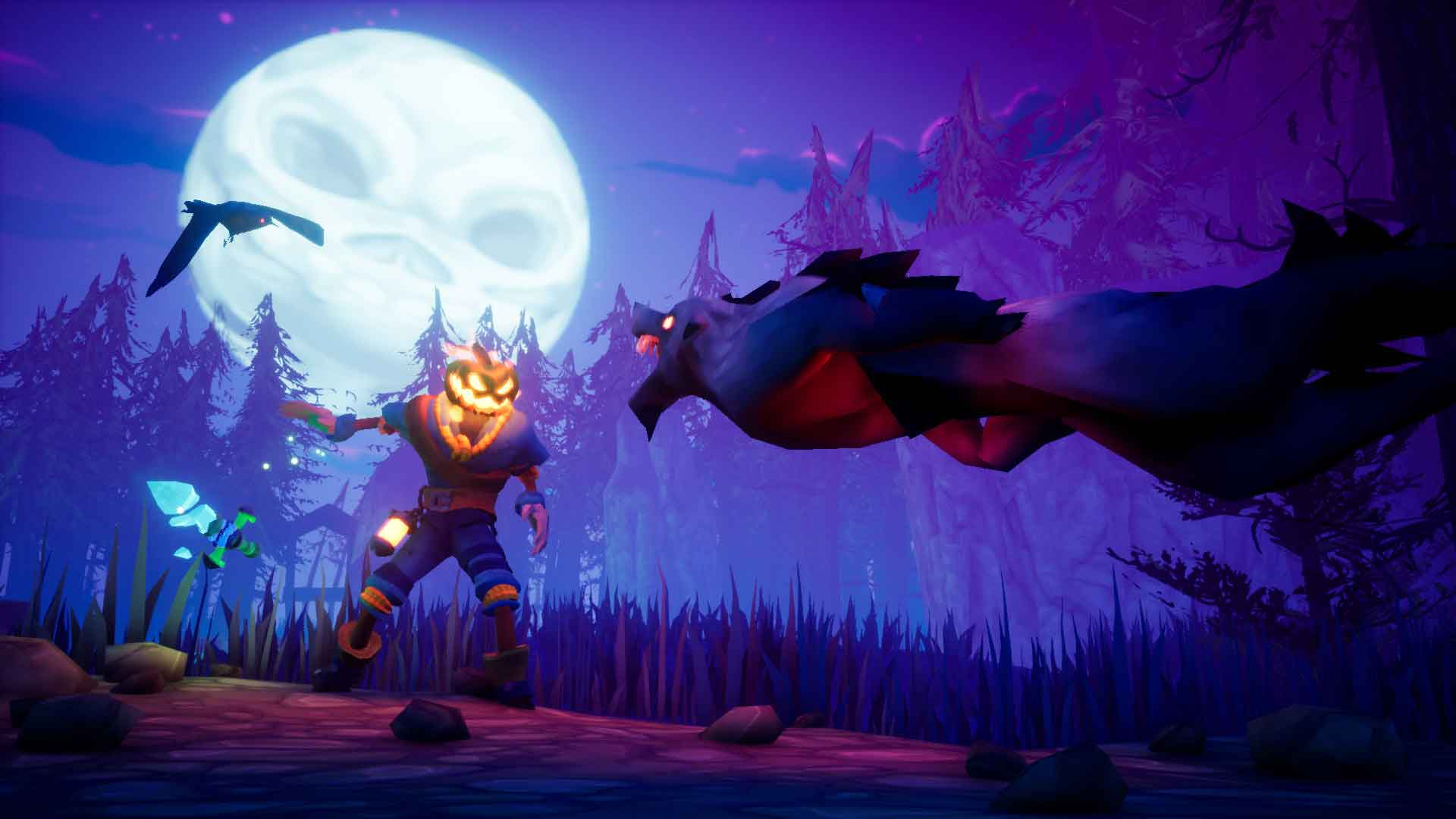 I really like the look of the visuals in the game, were there any main inspirations for the style and what sort of environments will players explore?

Nicolas: Jack was originally a Scarecrow, inspired by many nights spent playing Fiddlesticks in League of Legends. I was always interested in spooky atmospheres and most importantly Halloween, so games such as MediEvil and the Nightmare Before Christmas movie were huge inspirations to me. In Pumpkin Jack, the player will discover multiple sceneries and atmospheres, from a haunted mine to a spooky cemetery (I don’t want to spoil too much!)

I heard there will be some companions present, could you tell us a bit about how that aspect works and what sort of pals will be present for support?

Nicolas: Along the way, you will meet the Owl and the Crow which will both help you on your quest. The Owl will be there to guide you through the levels and teach you several things, while the Crow will participate in the fighting. The Crow was a must-have — it is kind of an homage to Daxter in Jak & Daxter. This companion helps you throughout the game, telling you where to go, what to do in case you get lost. It also congratulates Jack a lot in a way that makes the player feel happy. Anyway, both the Crow and the Owl have unique personalities that I can’t wait for you to discover!

What’s a surprise aspect of Pumpkin Jack that you feel will help the game stand out from the competition?

Nicolas: I think the action-adventure aspect of the game is just perfectly balanced. So far, I have been working a lot on the gameplay aspect of Pumpkin Jack, which I handled all by myself — and it works nicely. But recently I have also started to work with Reece Bridger. His work on the story and lore of the game is giving it a huge boost. The game has been given a whole new dimension thanks to him, with deep relationships between characters and a lot of emotions throughout.

Both the story and the action mix extremely well in Pumpkin Jack and everyone should find their own favorite aspect. I’m very proud of our work!

When, and on what platforms will players be able to enjoy Pumpkin Jack?

Nicolas: The game will be available for everyone on PC, Switch, PS4 and Xbox for Halloween 2020. 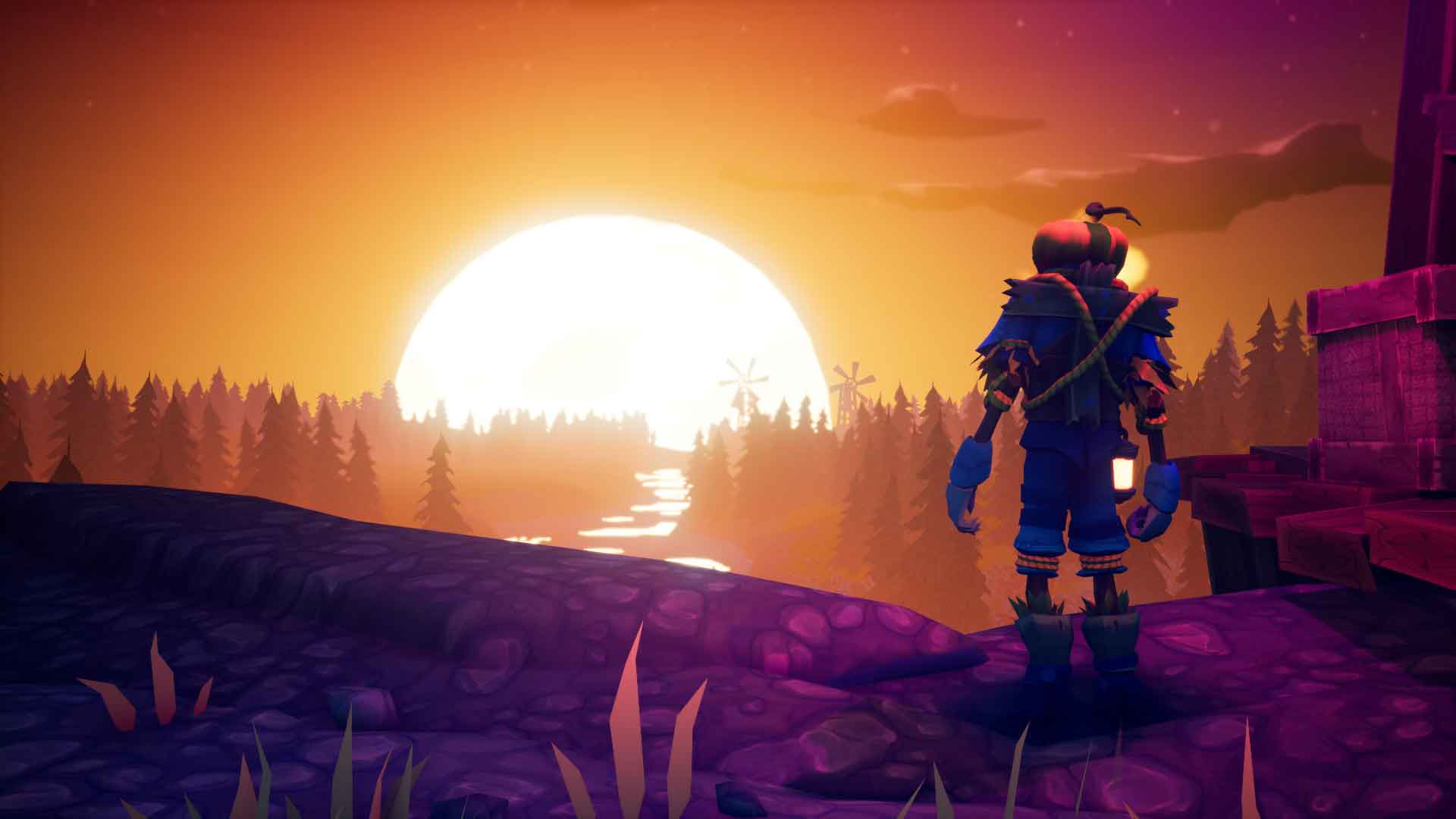 Nicolas: I would like to say a little word about the journey to develop Pumpkin Jack. As I’m solo-dev and doing the work of an army, this had led me on a giant adventure. Thanks to this game, my life has changed in a way I could not think of. Each day is full of emotions, balancing between anger, sadness, and a lot of happiness too. I’ve met so many people that are willing to help, give advice, and test the game that I can’t keep count of them anymore.

Pumpkin Jack is both very interesting for the game itself, but also for the story it has behind the scenes.