Strangely Quake 2 has been one of the main showcases for what ray tracing can provide, and that continues to be built upon with this update to the RTX release. If you’re not familiar with this conversion, having the base game or grabbing the demo allows you to place an enhanced Quake 2 RTX on top for incredible results.

Moving past that, recently a major 1.2 update arrived that enhances this further. I wanted to take a look at the action, and it’s fantastic. The game received a boost for over four hundred textures that improve the image quality, as well as the rendering of certain metals. The changes continue past that too.

The water has been improved, with the rendering of god rays in reflections and refractions. This increases the realism, and it honestly looks amazing. I While I was mostly busy blasting away enemies, I took many stops to sit there and take in the world. The water is truly remarkable, as are general reflections throughout the world. It’s weird to sit there and look at the angles of a pond in action.


The real time ray traced graphics can be now also be shown on security monitors or other displays. It’s sort of crazy to see that in action when you’re walking by them. Recursive reflections can now reflect other reflections which is an almost insane sort of tweak. That means a mirror can bounce off another mirror, with you being able to select how far that goes rendering wise.

Glass goes forward as with reflections, refractions and god rays also now show up through glass. A final major tweak is to denoise the world, which increases the image quality within the environments. Another nice touch which I took advantage of for filming reasons was with resolution scaling. You can set a FPS target and let the dynamic resolution do its thing with a monitor on the corner as an option too to keep track of it. This is particularly helpful for when you’re tweaking just how many special features you want included on your game. 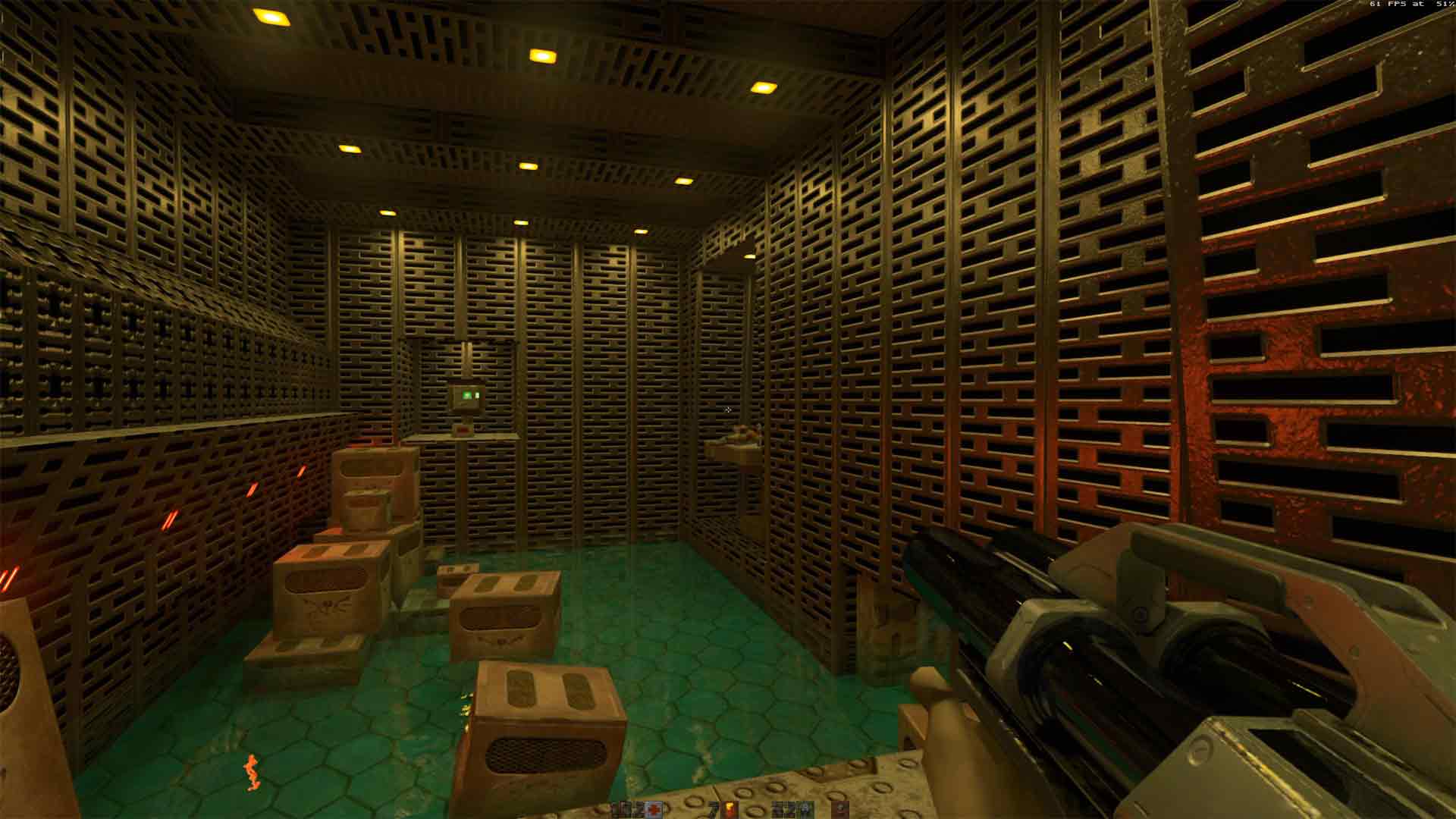 So with that, this was a great addition to Quake 2. I actually hadn’t played it prior to checking out this RTX version. I first did so at E3 this year, and it was nice to finally have a PC that could do this properly. If you’re curious about the core specs, this was run on a RTX 2080Ti i9900k rig. It looked really good, and was running relatively well at high settings with recording software running in the background.