One of the more interesting games out of the original Xbox Series X reveal was Second Extinction. I assumed it was going to release closer to the launch of the console, but that’s fine as there were many other things to play at that time.

The game has finally arrived on the console, being Optimized for the platform while also being a Xbox Game Preview title meaning that it’s a work in progress. So this is mostly just a write-up preview of the game in the current state it’s in and it’ll likely be adjusted ahead of its full release in the future.

It’s a great point to make as some may think this is a sort of final release, but it definitely has room for adjustments to be made before it’s fully ready and games on the program tend to launch solidly. It is also a strange one since it already has Xbox Achievements and typically games in the program don’t get that feature until they’re near completion and ready to launch.


Whatever the case, it’s an interesting setup that offers some varying combat. You’re essentially dropping down onto a barren Earth that’s been overrun with genetically altered dinosaurs. There are varying areas of difficulty, and this shifts over time.

You get a selection of different missions to work through, and can drop in groups of three to be more effective. That includes matchmaking in case you don’t have any friends which is nice. It does not feature crossplay between console and PC however. You’re also picking a class/character to play as and unlocking some extra gear to improve them over time which is interesting. 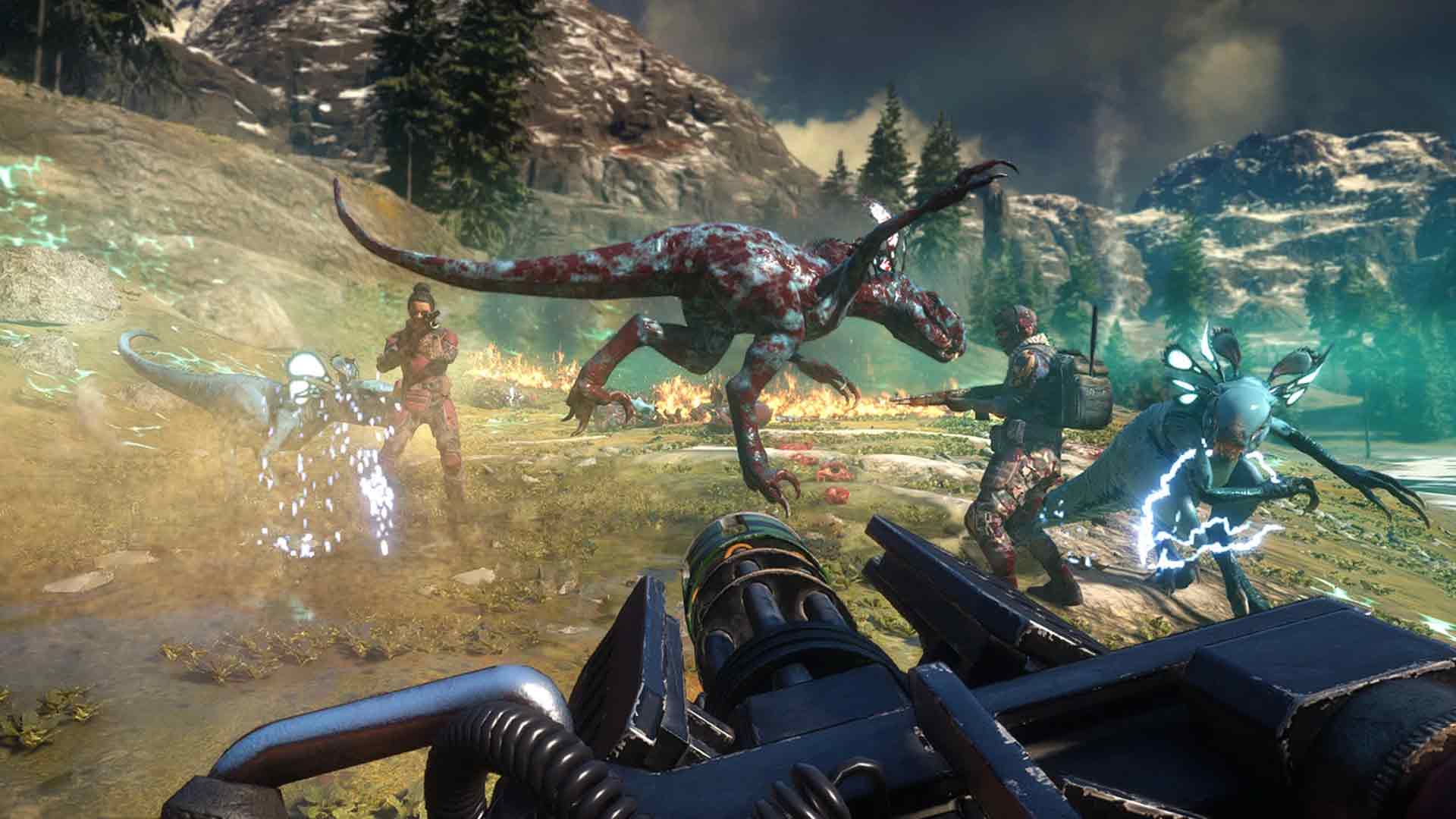 The core experience is based around blasting the dinos I mentioned prior, with a variety of weapons or tools that you have at your disposal. You have main objectives that are fairly straight forward while you’re doing so, and a number of optional events to be found around the open world as well.

It’s definitely an interesting setup, as you’re not really forced into doing something, and maybe more structuring would do wonders here. It feels similar to Left 4 Dead, but not quite as focused. Oh, and there’s also a point after completing your objective assuming that you’ve survived where you need to evacuate using a drop ship that piles on the dinosaurs.

These range from different types of raptors, to even a large Rex among other medium sized ones. The enemy variation did honestly feel a tad repetitive, but they have some really cool ones attacking you as well.

Visually it’s also rather impressive for an indie sort of title, it definitely comes across as a next generation type of experience. Anyways, it’s an interesting title and I look forward to seeing the full release of it. Other content is linked below, alongside gameplay of it in action running on Xbox Series X with a 4k resolution at 60FPS which is quite fluid.