The Spyro Reignited Trilogy really is a rather lovely package, being a remastered collection of iconic titles. These are individual games that have been bundled together, and now provide a cohesive experience. The included releases are Spyro the Dragon, Spyro 2: Ripto's Rage! and Spyro: Year of the Dragon which were all originally created by Insomniac. The entire series of games have been revamped from the ground up to provide some rather remarkable results.

This is a rather special release, and it’s great to see it finally arrive on the Nintendo Switch after having been available on other platforms prior. The charming little Spyro returns with the authentic style, that feels better than ever in this visually overhauled experience. The narrative is straight forward, and is developed further as the series progresses. You’re generally freeing dragons throughout the games, though this does slightly change as you continue to play. There are other side collectibles to gather as well across your journey.

This aspect slightly changes game to game, and offers hours of extra content as you gather the hidden secrets that are available within the world levels. You may also need to gather some gems to unlock new abilities, or to gain access to additional areas for progression. There’s a good sense of progression between the games, and it’s neat to see how the titles do expand while feeling similar which is great.

The visuals are certainly charming with this version, but on the Nintendo Switch it does have some issues. I found it to run rather fine while undocked, but when docked there were numerous performance issues across each game. Again, it runs fine while undocked for mobile play but when on the big screen it had issues.

There was also a sort of netting quality to the shadows of the undocked version, but not a huge negative. Hopefully they can get it running better, I’m mostly just used to a higher quality from the Xbox One X iteration. Comparisons aside, this is fine when on the go yet still leaves something to be desired on the big screen. It’s also worth noting that certain visual effects are turned down to keep it running smoother, that aside it does still bring the same charm as before.

This is still a lovely simple platformer where you fly around blasting enemies and saving dragons. The worlds are fairly expansive, with a similar art style that’s been kept the entire way through. There’s a lot to do in these games and brings in a pile of activities to work through. There are even mini games present as things progress. If you’re looking to easily move through areas or check out how many collectibles you’ve grabbed, your menu guidebook is super helpful. 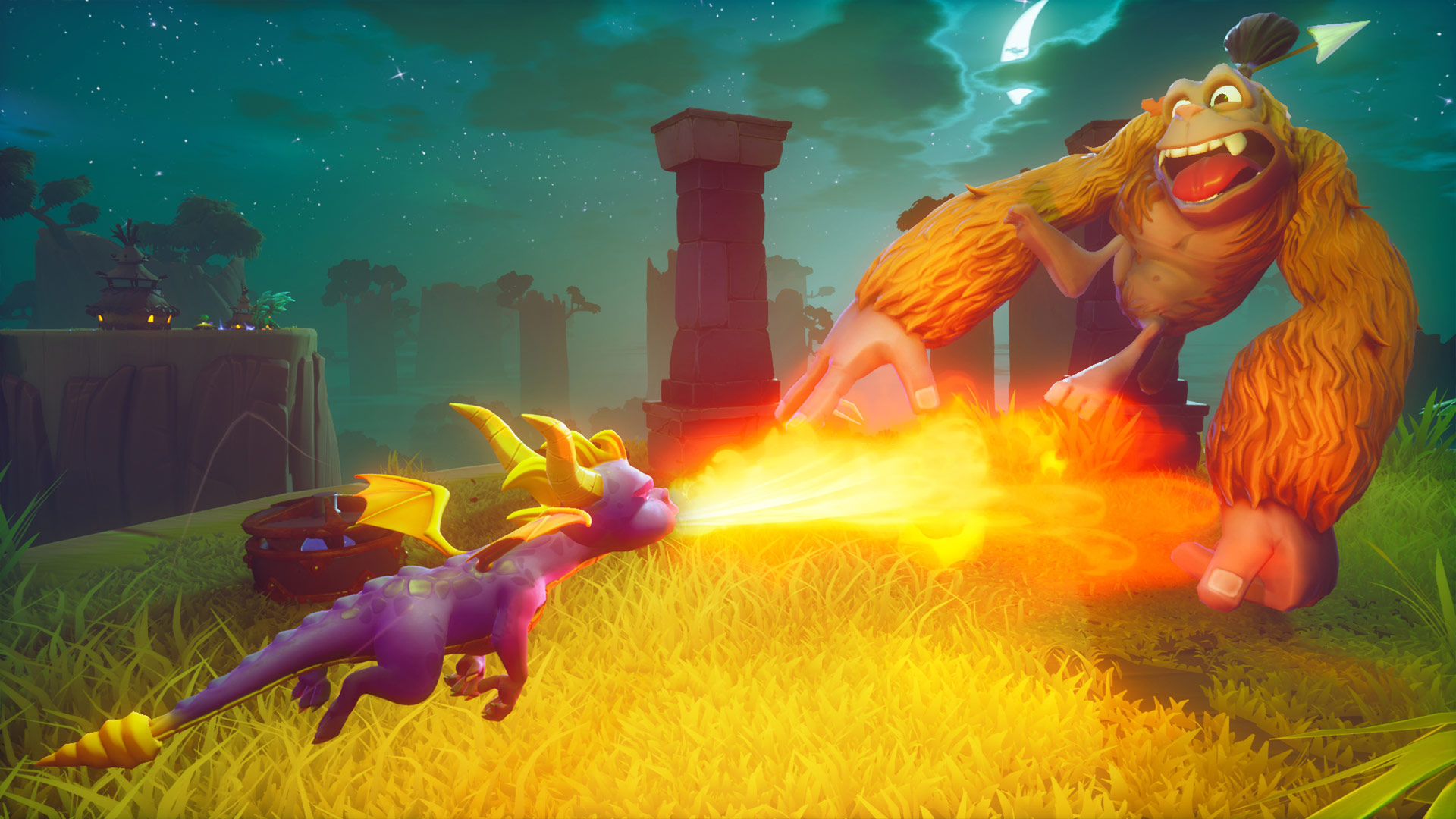 Spyro Reignited Trilogy on the Nintendo Switch brings a beloved character back with a cohesive visual experience in one combined package. It does have some issues when it’s docked, but when you’re on the go it’s actually rather smooth. There are some cutbacks in comparison to other platforms, but overall is a small price to pay for one excellent collection of games.

They’ve really put some care into this release and it’s great to see become available on yet another platform, some extra polish was needed however. It’s a really fun game to play, and Spyro delivers some enjoyable times. There’s a lot of gameplay whether you work through the main stories, or aim to gather extra collectibles. I hope things get smoother, as I was very disappointed by the performance hiccups that were present across each game.