I’m familiar with the Stronghold series through my father, as he would often play the older titles. I saw that “Warlords” was to be showcased at E3 2019, and I thought I’d check it out. This is an interesting evolution of the series as they aim to further develop certain aspects, keep the building elements and provide a new era.

Anyways, in a super air conditioned room at the show I dove in for some guided play. I was able to view the action, and see a situation setup for large scale conflict. 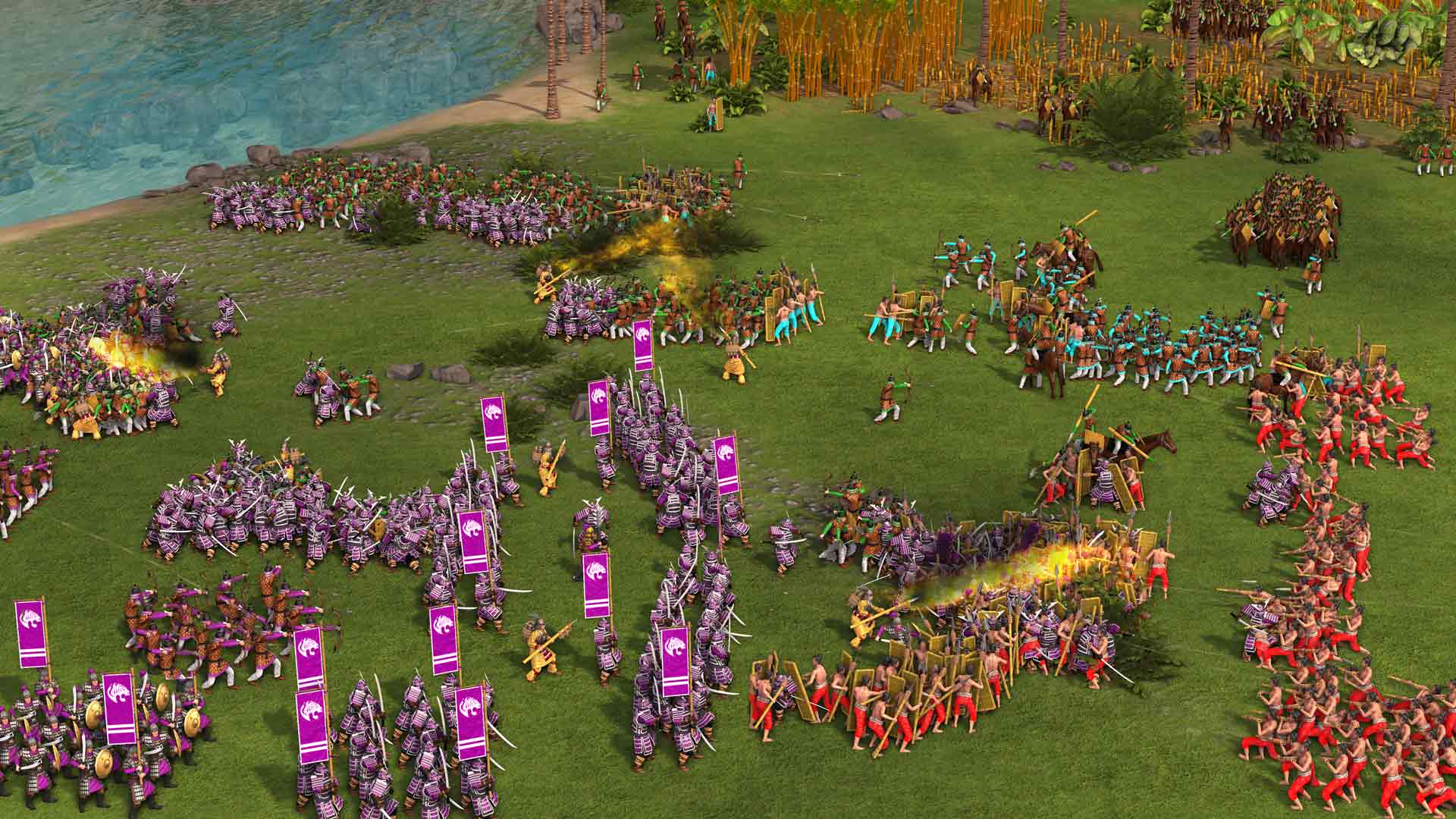 A core element of this latest entry is the ability to recruit, upgrade and command AI lords. These special leaders will show up in special regions and grant unique extra benefits during your scenario. The selection of warlords will always change, keeping it fresh. When it comes to the era, this takes place in the Far East.

You’ll get to command Mongol hordes, imperial warriors and samurai clansmen. You’ll get to see Japanese style castles and fortified Chinese cities. The game takes place from the 3rd century BC China through to the rise of the Shogunate and the coming of the Mongol Empire. Since this is a unique region and time period, there will also be basic gunpowder fueled weapons. This changes up the conflict, and those characters are very fun to see in combat. I was able to view a few battle scenarios and that was neat. There were tons of troops that had a solid level of variation to them. Walls were attacked, dynamically being broken and it was neat to see the positioning of the armies as they waged war.

The building came across as dynamic, with many smaller tweaking options for creating the castle walls. The structures were well detailed, and you could see many civilians living their day to day. This seems like an interesting next entry and I look forward to seeing the final release. It acts as a completely fresh, yet familiar entry within a sort of region that should delight. That’s all for Stronghold: Warlords, at least for now. Check out our E3 2019 hub for additional coverage from the event.