Subnautica is a game that starts out with sirens blaring and a computerized voice telling you, “ABANDON SHIP!” Upon launching in an escape pod, you look up to see your ship, the Aurora, suffer a catastrophic explosion that rocks your lifepod during planetary re-entry causing a panel to come off the wall and knock you out.

You awake after making a successful landing on the planet, as successful as an escape pod on fire can be, and quickly have to put the flames out. After taking a moment, you can access your PDA that tells you the the Aurora suffered hull failure and crashed onto an unmapped planet called 4546B, a planet that is almost entirely covered in water.

As you ready yourself to leave the lifepod, you can climb up onto the roof via a ladder which gives you a grand view of the Aurora wreckage as well as the vast and endless ocean around you. Alternatively, you can exit through the hatch in the floor and immediately take the plunge into one of the best survival games of its time.

Subnautica is very much an audio experience as much as it is a visual one, there are many, many sounds you will have to familiarise yourself with if you want to stay alive, the creatures that inhabit the planet of 4546B can either be your best friend or the stuff of nightmares.

Starting out in the Safe Shallows, Subnautica gives you a very limited tutorial which adds to the feeling of isolation as you are left to your own devices. Using the fabricator in your lifepod as your primary source of crafting, it will tell you the ingredients to the recipes you know, but not where to find them.

Scanning items is a large part of Subnautica’s progression, in order to be able to create more advanced and useful tools, rooms for underwater bases and even personal submersibles, you have to explore the many biomes and find fragments spread around from the planetfall and subsequent explosion the Aurora suffers after touchdown.

The story of Subnautica is quite minimal and for the majority of the game, seems to be quite irrelevant outside of making sure you explore deeper and deeper into the depths. In this regard, Subnautica actually has quite a lot more depth than it may seem. Using the scanner, you can collect data logs about the planet, its previous sentient inhabitants and learn how the events of the past all lead up to how the Aurora crashed. Or you can just focus on getting off the horrifying water world as fast as you can.

While the draw distance and visual pop-ins suffer in the more open ocean, ultimately, it hardly detracts from the overall gaming experience subnautica has to offer. Unknown Worlds Entertainment have crafted a truly unique underwater adventure/survival title and I am very excited for when they release Subnautica: Below Zero.

Subnautica Review on Xbox One
Review Code Provided by ID@Xbox 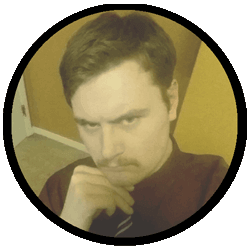