It’s always a pleasure to dive into The Elder Scrolls Online, the ambitious and now very long running multiplayer take on the traditionally single player franchise. With this Xbox Series X launch the game is not currently Optimized, it is apparently set to be down the road.

That aside, we can take a look at the benefits of the game running on the next generation hardware. The game retains its Xbox One X enhancement while providing a smooth level of fluidity the whole way through. This provided a native 4k resolution at 30fps.

The hope with the Optimization down the road is that it gets a boost past that when it comes to fluidity. The game did not receive auto HDR support. It did get upgraded shadows with screen space ambient occlusion, upgraded water reflections and an increased view distance.


Keep in mind that with the 4k resolution, that this is a native display without any upscaling or checkerboarding techniques. This really is the best way to experience the game on consoles at the current point, it’s smooth and very clean the whole way through. Past that, it’s also loading faster than ever.

To the point you’ll get in before the rest of your team and will have to wait a moment or two for everyone else to appear. That’s definitely a fascinating aspect of next generation gaming, accessing the content faster than ever before. These are also benefits purely made present without any sort of extra adjustment, just there and it’s exciting to see where things could get taken further. This is also just before the next big expansion set to release in the coming months, which is the Gates of Oblivion. 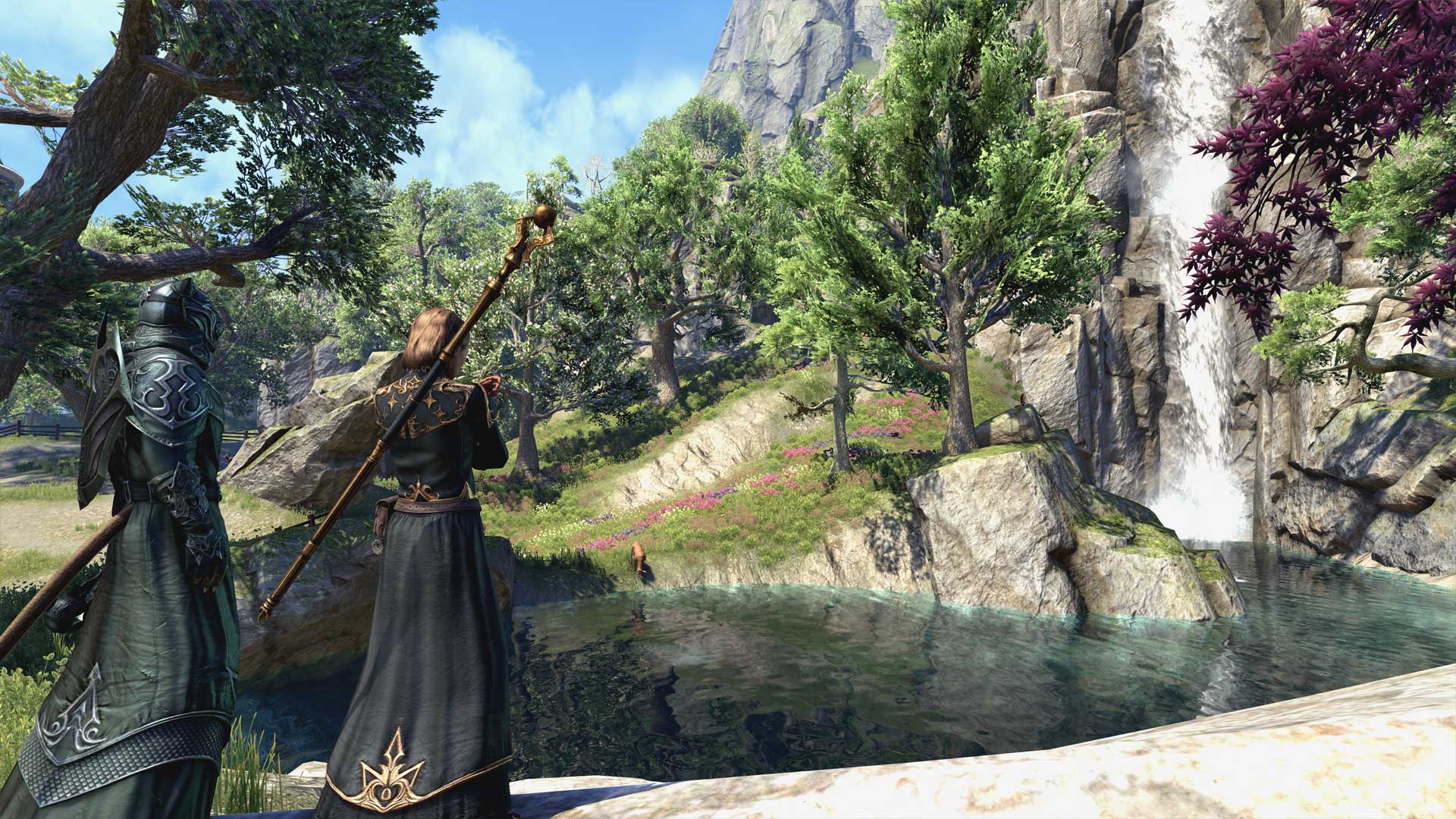 It should be exciting to see the content grow towards that release, having witnessed Greymoor’s journey in the past year. The console certainly handles the majestic open landscapes well, just as perfectly as when you’re having large groups blasting particle effects across the screen in dungeons or Trials.

It’s definitely an expansive offering, and it’s exciting to see that it’s so lively despite being many years into the experience. I actually can’t even purely believe that it has been so long since the game first released. The amount of content it’s had over the years and that there’s more coming.

It’ll be particularly neat to see it under the Xbox Game Studios brand as being first party. To see the releases all come to Xbox Game Pass with extra benefits for players on the platform. It certainly has some exciting times ahead, and the story is just getting started really.

With that, it’s easy to hop in now to experience some better boosts from the console in case you were waiting to do so. Additional coverage for the next generation console is of course below, and stay tuned for more looks at some of the greatest games and perhaps some of the most obscure ones as well as I work hard to truly to showcase a wide variety of titles.