The Last of Us Part II's Ending Was Bad

With the embargo having passed, it’s time to finally dig into The Last of Us Part II’s ending. I personally thought that it was rather bad, and or poorly done in terms of the execution in the theme of revenge that it was trying to get across. It was aiming to be some profound statement, and it sort of fell flat in that regard.

I do want to clearly get across that technically, this is a master piece title. I really enjoyed the experience, the journey and the places you visit. Full spoilers to follow obviously, please play the game first prior to reading this or watching the included video. With that, it’s time to dig into this.


Firstly, I did find that the latter half of the game wasn’t nearly as strong as the first part was. This portion followed a new character called Abby, where you played her perspective during the days where Ellie is doing her thing in the initial half of the game. You get context into the behind the scenes, while never truly having that connection to Ellie.

It’s a weird side step as it should be focusing on what Ellie, and those around her have done. Instead, you’re going about on an entirely different mission with the idea of it being to make you like this character. It’s trying to display the humanity of her, and the people around her. I think it doesn’t quite hit that mark, and it should have either been a shorter segment or perhaps longer.

I say shorter as I felt it somewhat bloated the game, and I say longer as more time with her at crucial points could have added the needed context to really care about her. A stand out moment of care for me, was the dog you interact with during this part of the story. I really feel bad about what happened to that dog, and I’m not even a dog type of person. If you played the game you’ll know what I mean there, or should be able to connect the dots if you missed that. 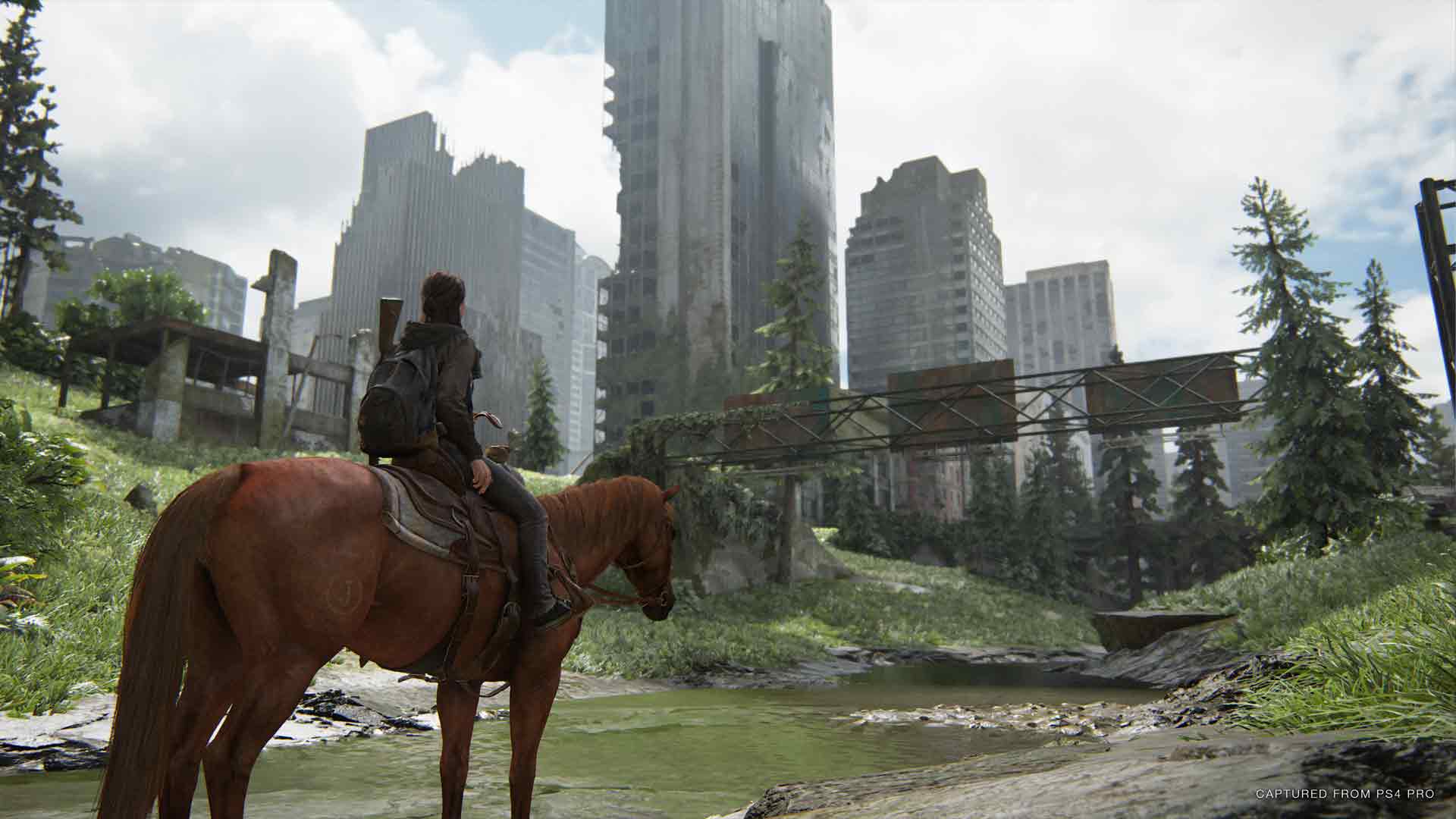 With that, we are talking about the ending though. This segment is launched after Joel’s brother comes in and talks about a sighting of what they believe is Abby on the coast. Ellie has settled into a happy life to some degree, and through very weak reasoning decides she needs to do get revenge. This happens after a point where she already sort of lost, accepting the situation and now suddenly is driven again. It’s a weak point, that could have been way better if they had included a certain crucial flashback that was at the end of the game. I’ll get to that later though in this article. With this, she’s gone out to a fresh location in Santa Barbara.

It’s a tiny hour or so of gameplay, and it abruptly ends. Right at the end you come across Abby. Things have been bad for her as she was captured, this aspect is something you play through earlier by the way. Whatever the case, Ellie cuts her down off a cross and they walk briefly towards a beach where two boats are.

There’s no dialogue, no discussion and then the two are about to leave. It’s at this point that Ellie decides to start what’s basically a visceral fist brawl. Now, my big issues are that they don’t dive into the themes the game is trying to be profound about. They don’t talk about the cycle of revenge. They have Abby going, I don’t want to fight with no reasoning behind it and Ellie being we’re fighting. Instead, Abby could have shown some element of remorse. 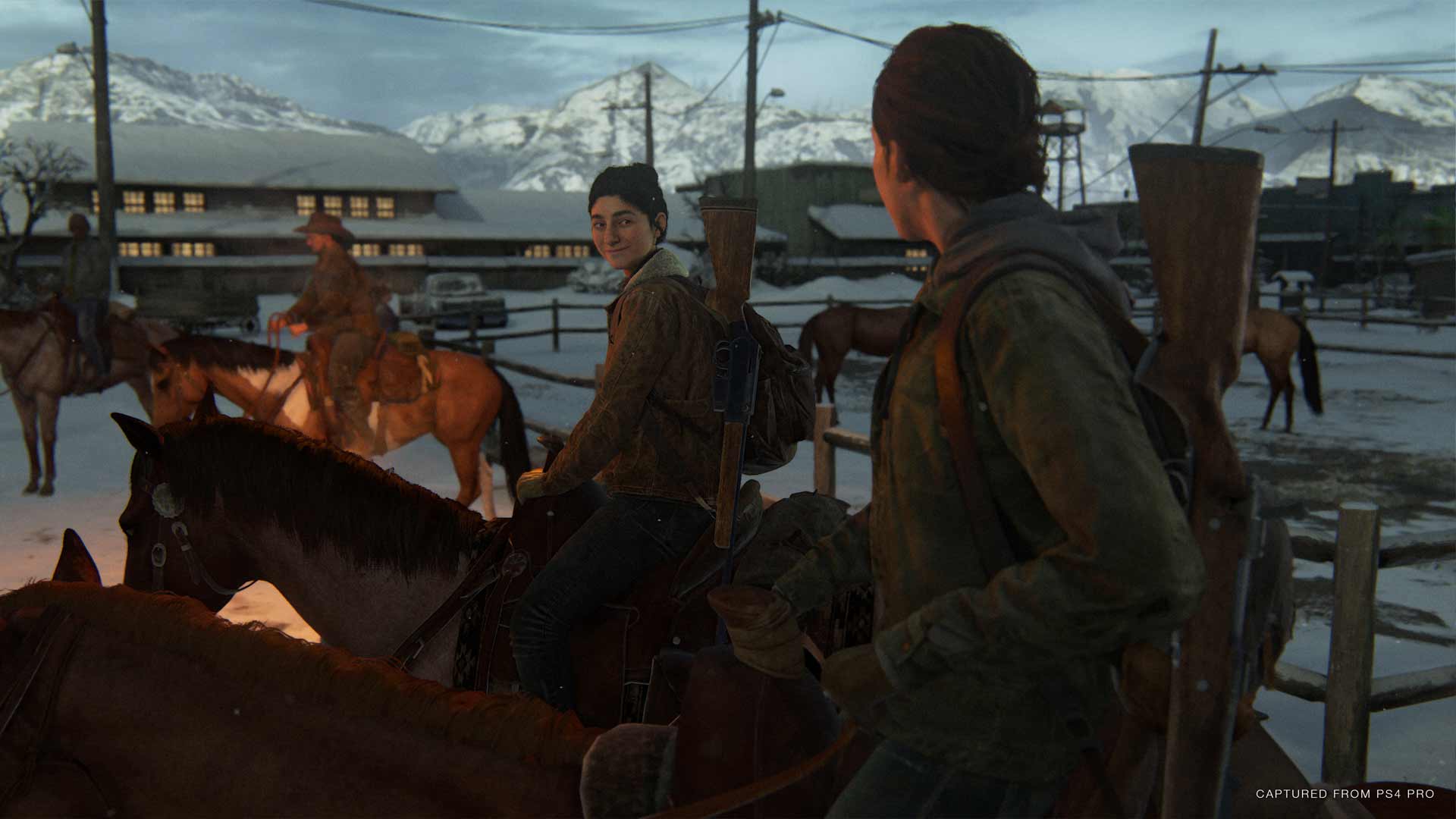 Maybe the two of them could have fought together against a foe for them to grudgingly deal with each other out of necessity. I don’t think they could ever be friends, but for the final sequence to abruptly reach a point where Ellie doesn’t care about the revenge she’s gone really out of her way to get, that makes zero sense. To continue, a simple flashback or even discussion could have added context into why they need to fight.

Abby should have had some small feeling of remorse for what she did to Ellie, as she repeated exactly what Joel had done to her. Even with that, the context of the situations was different too. Joel trying to save Ellie, Abby having been helped by Joel just massacres him. Ellie should have maybe realized what happened here at Santa Barbara was horrible, and Abby has dealt with enough. They could have built up some level of mature growth between the two. I’m again not saying that they would ever be friends, or pals.

I’m just saying, there were ways to handle this that would have made a seriously profound impact and dove deep into the discussion of the revenge that had been present since the start of the game. They could have even had a choice between just leaving on the boat, or actually fighting Abby since it seems ripe for that. Pushing that forward, it’s almost like the ending was changed with haste or that portions of this conclusion were cut. It just becomes a brutal fist fight, and that takes away from what this journey was about. After you’re done, and just about to take Abby out Ellie just straight up stops. 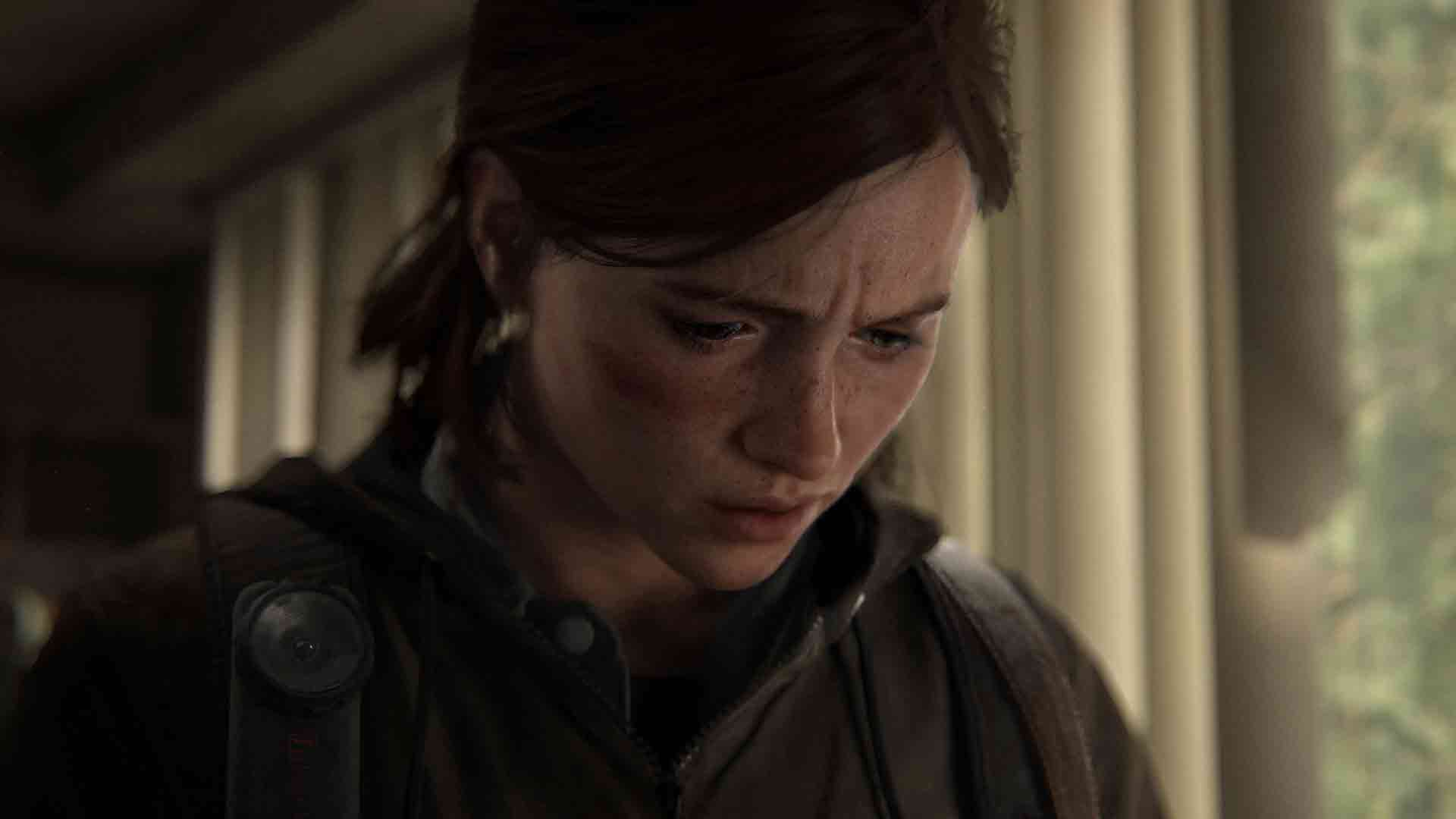 After losing some fingers, losing her father figure and having nothing left. All of a sudden, revenge or her goals mean nothing and that makes no sense at all. She cries, goes back home and plays guitar briefly with it then ending. Now, it does sneak in a crucial scene that I mentioned prior. It was a flashback to where Joel and Ellie are deciding to patch things up. Ellie is willing to give Joel a chance since she does care about him and he truly does care about her.

This would have been stellar to see near the start of the game, or during a part where she’s happy at her house. To have Joel’s brother come in, do his thing and then as she’s sleeping or playing guitar to her family having this flashback. That’s one badass catalyst reason and drive for her to want revenge. The idea that she and Joel were robbed of a reconnection by Abby. She could then later see another flashback about Joel talking about letting things go, or not in that crucial moment. She very well could have just thought, Joel wouldn’t want me to do this, or I’m just doing what Abby did to me and it’s not worth it.

They could have also been screaming to each other while fighting about why this all mattered. That Ellie was robbed of her father and the new chance she had to connect with them, just like Abby had been robbed of her father. There are just so many better ways this could have been handled. I didn’t even dig too much into Abby’s story which could have used more, but I did lightly touch upon it at the start. Whatever the case, I hope that gets across my opinion on this ending.

It was bad because it didn’t lean into its themes or deliver the profound statement that it was trying to project to players. That’s disappointing, at least to me. Again, great game. Definitely play it you haven’t. I’m also taking a wild guess that they want to branch Abby out in a smaller story on Playstation 5, I can see that happening. With that, check out my thoughts on why this is a defining technical master piece on the platform below or the hub for the PS5 as well. My review of the game is on the site too, it’s fun how I dance around spoilers and my feelings here due to the embargo that was in place.

Read our The Last of Us Part 2: A Technical Masterpiece
View our PS5 Hub