Interview with Kelly Burke, Actor for (Marianne) in The Medium

For call based interviews we try to present the conversation replies as close to verbatim as possible, for context.

A staple I do in all interviews in order to start things off is to ask that you elaborate a bit about your work, and this particular role for those not familiar with it?

Kelly: I work mostly in the UK, although I grew up in the US. I’ve worked across theatre and film, and I do a lot of voice work as well and audio books. I’ve made some of my own works that always clusters around the 1930’s and the modernist movement. I have a play about Zelda Fitzgerald that’s quite near and dear to my heart.

The most recent thing I did was a piece about Natalie Barney who ran a salon in Paris from around 1916 to 1970 which basically kicked off the modernist movement. That happened just before the lockdown and that turned into a radio play over the course of the summer. Little bit of everything from theatre to cabaret to things like this.

In the Medium, you provide the voice for Marianne. Could you tell us a bit about the character and the situation she finds herself in?

Kelly: Marianne is a young woman in 1990’s Krakow who’s adopted father passes away. She’s always had a connection to the spirit world, this ability to sense and interact with souls that are in the limbo state.

She has access to this other realm, and the death of her father is followed by a phone call which sends her back to this destroyed hotel resort that she has to work her way through. She’s got a past that’s problematic and she’s also pretty hardcore and fabulous. Rides a motorcycle. In my fantasy world I am Marianne.


The game very much focuses on Marianne, with this being her story. Did you feel any sort of extra pressure in being the lead performance here as the core of the narrative really centers around this individual’s journey?

Kelly: It was really just a gift actually, this game is so different from so many of the games you end up doing. Where you just get lines, dropped into X scene and you really don’t get the context of the scenes you’re recording those lines in. For this project they sent me the whole script in advance.

It’s like a film script, it was really delicious to be able to thread a whole character arc which you don’t get to do in games often as you’re exposure to scripts is so piece meal. It was more joy than pressure and I think you can convince yourself, because when you’re recording it’s just you in the studio so you can pretend that there’s not as much pressure as there might have been. Bit of naivety there, where I was just going to have fun at work and it was a real joy.

I notice you’ve done a number of game related voice acting roles, how would you compare this type of acting to more traditional live performances?

Kelly: That’s an interesting question. I think, with the voice acting generally. Again, The Medium was different as I had the script in advance so I could do character work in advance. Often you’re having to make those decisions very last minute like when you turn up on the day. What your name is, what you look like, where you’re from.

You’re making very quick decisions, I find that part of the work quite high pressure. What if I choose the wrong thing, what if later I wish I would have committed to this! It’s also a little bit of a thrill because it’s so fast. It’s a different kind of satisfaction and decision making, more like improvisation than say doing four weeks of rehearsal of something and then a run afterwards.

When preparing to voice Marianne, were you given any initial direction in regards to the character? Just in terms of any examples of prep work to get into the mind set of this particular performance.

Kelly: They showed me a lot of the art in advance and the trailer they had been working from. That was very useful in terms of setting the mood and the character. The team sat me down in advance, and said this is what we think Marianne’s back story is. I’ve rarely been able to have those conversations in the gaming world, that’s much more out of film and theatre in my experience.

It was very lovely to be presented with a story that had been so carefully thought through. There was so much meat around it. In my meetings with the team they gave me a lot of additional content that wasn’t just in the barebones of the script. Then looking at the initial artwork and things that was fabulously evocative, was very helpful in building the tone and trajectory. 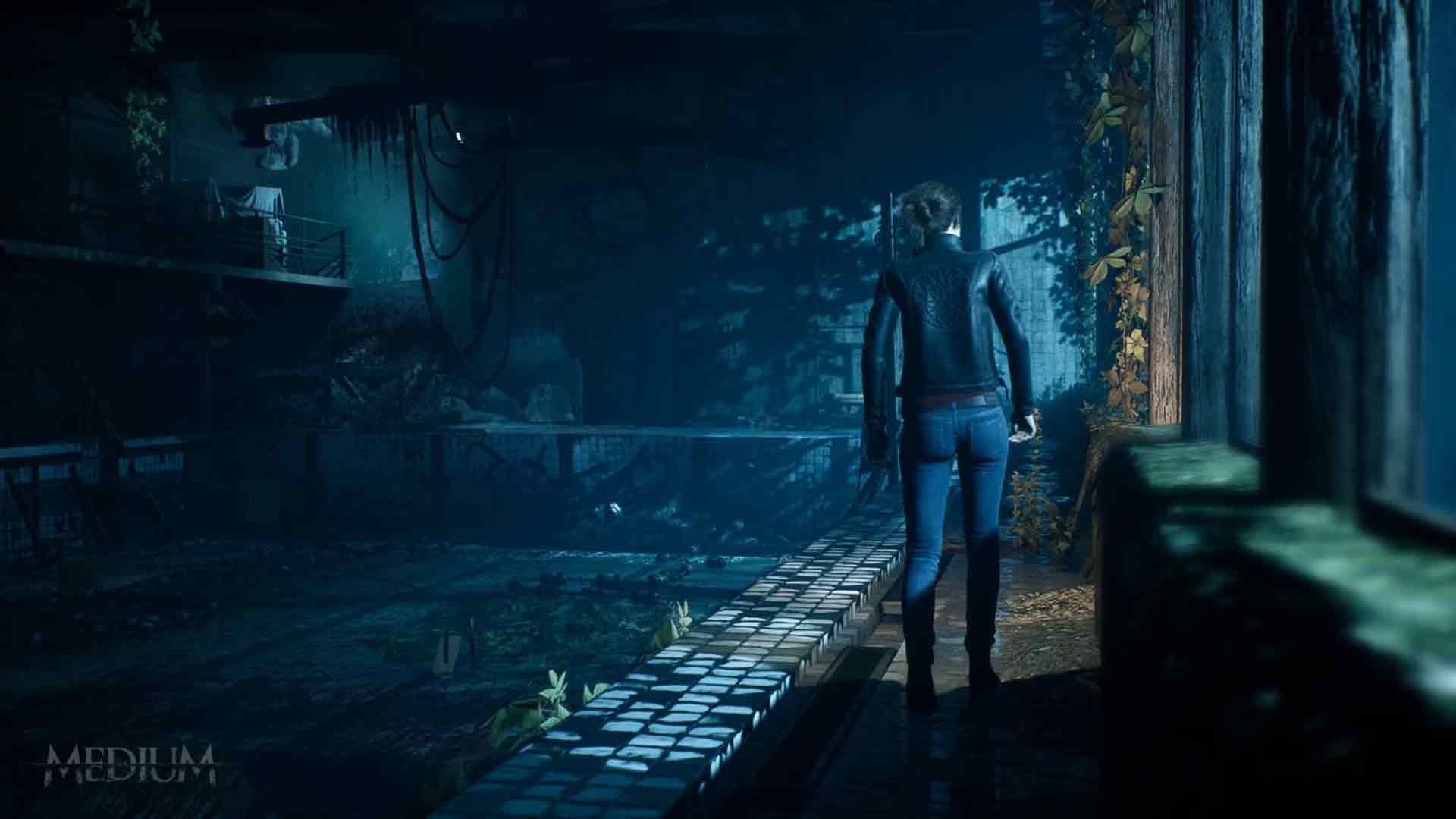 To somewhat build further on that, were you aware the type of game this was going to be ahead of time? It’s a rather interesting psychological thriller with a good horror based atmosphere, do you feel they hit that theme from what you’ve seen of it?

Kelly: I hope so, the game just came out and I’m stranded working my way home due to pandemic things. I haven’t played it through, but the bits that I’ve seen. A lot of the voice was done to picture afterwards.

That’s a slightly hard question to answer, as you’re in the room with the sound and the picture as it’s quite an immersive experience. I felt like it was totally on point as I was right there in the middle of it. Hopefully the playing experience was similar to the one I had. Which was at times terrifying, really a lot of fun and a very evocative atmosphere.

When performing the role, were there any particular lines or moments that really stuck out to you? Whether that’s a behind the scenes moment or from the dialogue.

Kelly: I don’t think I can answer that in a spoiler free way. There were a couple pieces of physical business that we had to do over and over. Which imprinted themselves on my physical memory as they took quite a bit of time to get right. I don’t know how to give you a good answer to that without plot spoilers.

What’s it like to see your voice attached to a game character?

Kelly: That’s interesting too. Honestly, it depends on the character. Marianne really pleases me, they sent me the trailer and I’m like, she’s hardcore so that’s really cool. I’ve played my share of overly busty two dimensional cartoons as well. There you’re sort of hoping my brother never sees this. This one was, a lot of fun. Again, in my fantasy life I am kind of hardcore like Marianne. A fantasy of myself.

Do you see yourself being interested in additional game related performances in the future?

Kelly: Yeah, I really enjoy working in games. Again, because it’s very fast decision making and particularly projects like this one can be really satisfying in the story telling aspects. So many new things are starting to happen in gaming in terms of immersive-ness and there are a lot of really exciting opportunities in terms of the creative scope of that kind of work too. 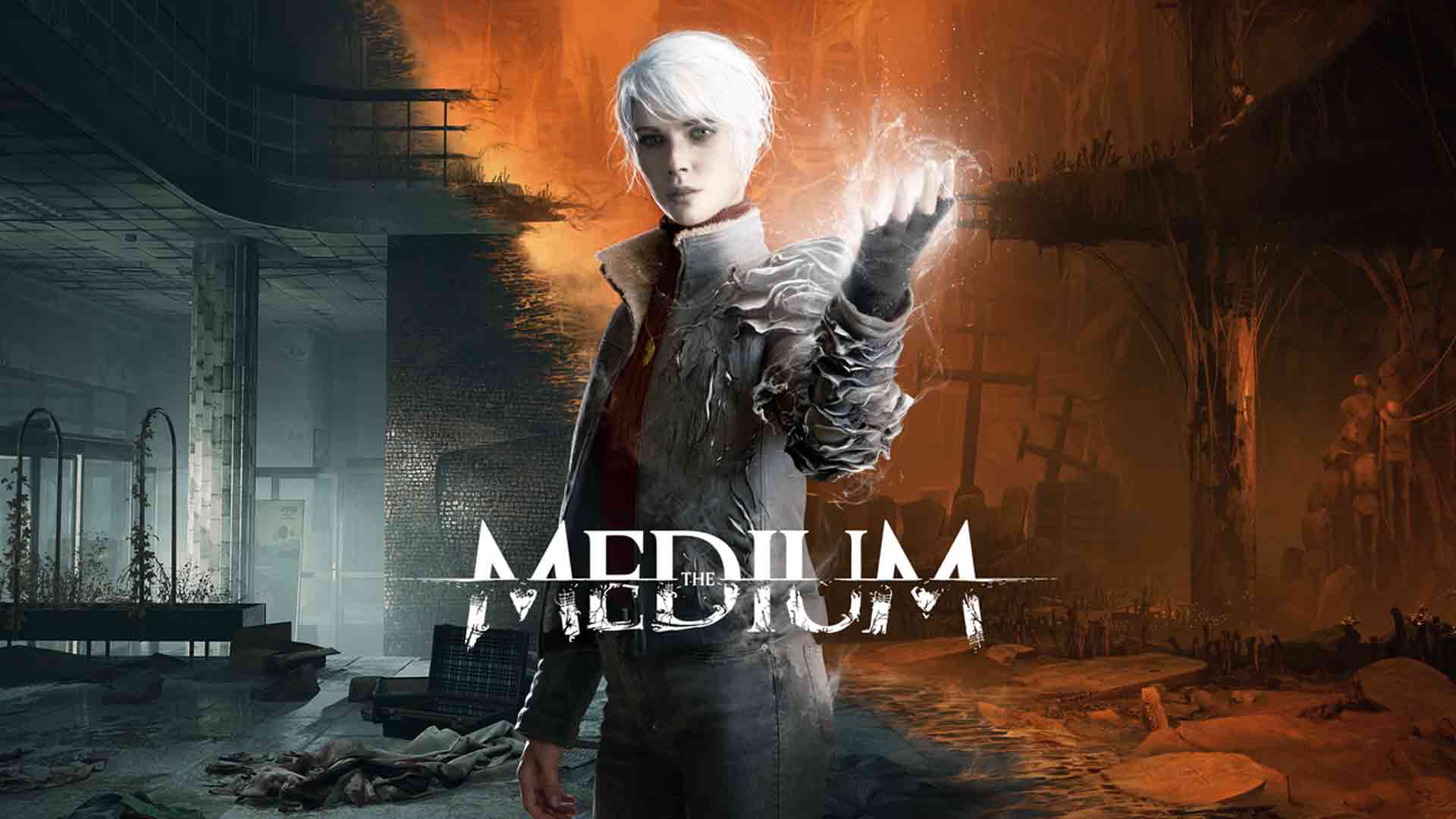 Is Marianne a character you’d be interested in reprising if she were to appear again?

Did you happen to see the live action trailer for the game?

Kelly: I just did (excited). I found out about it after the fact. It took me a minute, that doesn’t look like the animation I remember, wait that’s not animation!

Kelly: Covid pretty much put aside other projects. I do a lot of theatre, all of that came to a screeching halt last year. I think we’re slowly starting to see things forward through all of that. I’m certainly excited to be able to get home to play it properly. Thank you for reaching out, I was really thrilled that people were enjoying it as it was so much fun to do.

Seeing all of the care and effort that the team had put behind it making it as strong as they could. It was just so carefully done, every time I showed up they had been working and thinking, and tweaking. I was really pleased that it seemed to pay off because there was much heart behind the project and I loved being part of it.