There are always a ton of games to play, but sometimes it's fun to get into the festive season. With this being the month of October 2018, at the time of writing. I thought it would be fun to compile a Halloween Coop games list.

Here are ten titles to play with your friends during the haunting horror moments of the month, or generally ones that lean into the scarier parts of gameplay. This list is in no particular ranked order, hopefully there's a good variety here to check out.

Work as a larger group against one single boss-like enemy. Every player in this game takes on a role and it's about working against one other real player to get a series of generators going. It's very strategic and at times just terrifying as you never know when the killer might jump out at you. There are a wide range of survivors and creatures to play as, many from iconic horror franchises.

This entry might not have been for everyone, but it did do a good job of taking the existing formula and adapting it for a cooperative experience. Face the chills of a snowy planet, and space as you battle the latest batch of ugly monsters. It's horror in space done right.

While not exactly scary, this fits the theme well as you battle with survivors against various zombies. Do this alone or with others in four player coop. It can be fun to survive and hold off zombies together. There's plenty of open ended gameplay as you scavenge, finish quests or take on threats of the zombie apocalypse.

Containing basically an entirely improved version of the original game alongside it, Left 4 Dead 2 is damn awesome. It's a grand time in coop whether you're playing vanilla on consoles or in the modded heaven that is the PC version. It's a great time and one that's always a blast for zombie greatness.

Move around almost magically as you parkour through a city with a friend. There are zombies everywhere and a narrative to work through. This is a great expansion upon the Dead Island concept and one that's enjoyed by many.

Speaking of Dead Island, it's a lot of fun to play with others. It's not a perfect title by any means, yet still a good time with a group. There are tons of quest to work through together, RPG elements and just many zombies to power through as a collective. 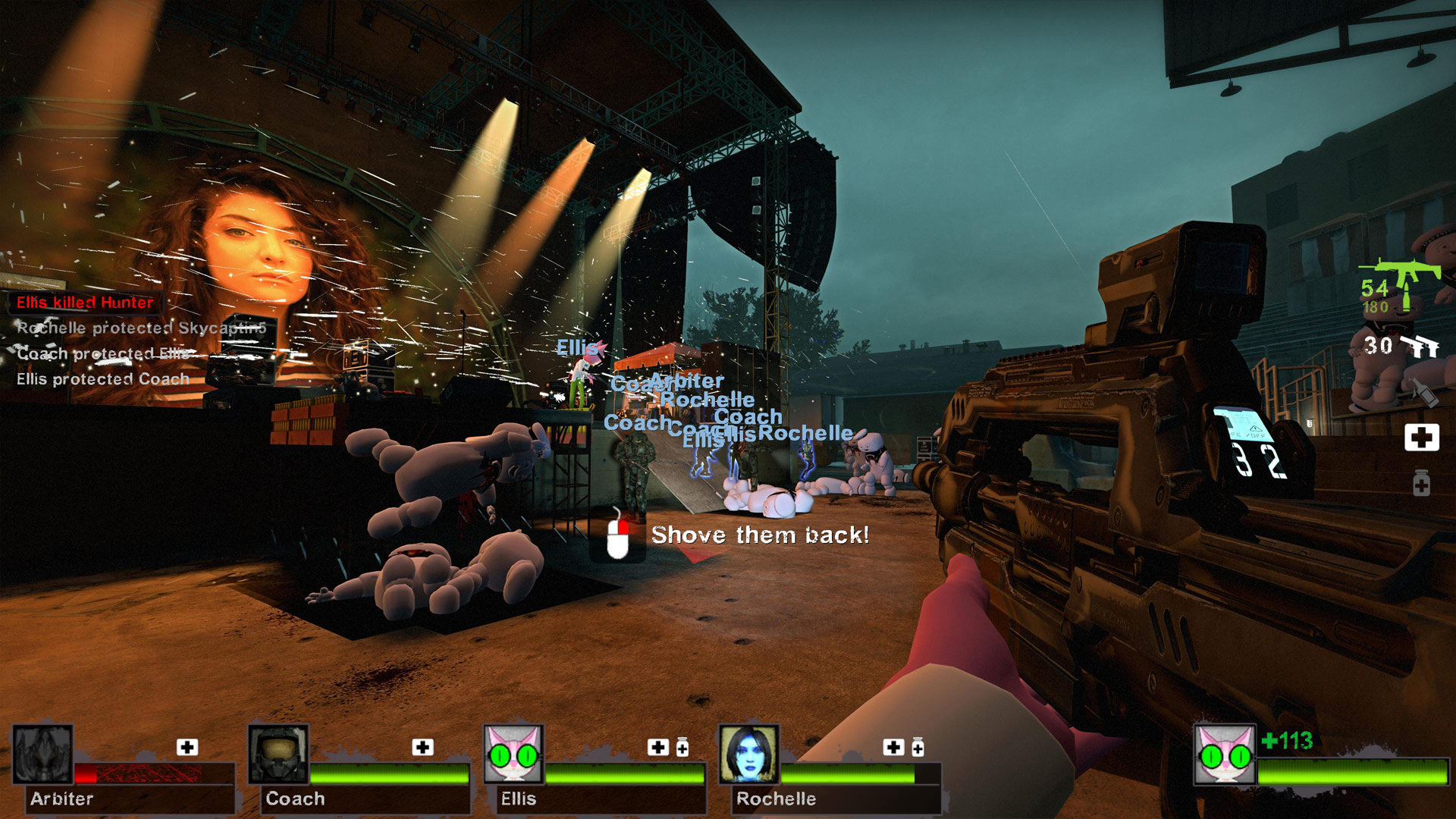 There are few things better than blasting hideous creatures as the slow motion kicks in. It's a great time and Killing Floor is one nasty, awesome experience. It's all about survival as you fend off waves in order to make it another round. There are bosses, tons of maps and a great variation content.

Blanket term on this one as a number of them feature cooperative play. They're still a good time, I particularly had lots of fun with the remasters with a friend. It features tight coop play that works well and is freaky, as is the motto of the series.

Grab a friend and hunt some monsters, don't forget to watch out for those other pairings of friends! This is a dark, gritty survival type game where players are all after gruesome monsters. The goal is to get in, hunt it and then get out of there.

The Dead Rising series can definitely be a treat, the best times with this game are those spent with others. I personally thought Off the Record was the peak coop here, but there are many options throughout the franchise to play together. When anything is a weapon, working together yields better results.

View our Game Hubs
Read our Dead by Daylight Review