I’ve heard a great many things about Totally Accurate Battle Simulator, or TABS for short and it was neat to finally play it. I was somewhat surprised to see it arrive on Xbox, and thought it would be time to give it a whirl.

It’s a neat game, a simulation experience for sure. It doesn’t necessarily carry a lot of depth, but can be fun to see in action. There are some campaign type setups, but for the most part it’s just about placing units and watching them battle.


You can jump into the action too, but I found it more enjoyable just to test out scenarios. It’s simple to understand, and generally a neat concept. I can’t see myself regularly visiting this as it came across as somewhat niche, or more like a novelty to me.

That’s just how I see it, others may value it higher. Whatever the case, it’s currently in Xbox Game Preview so it’s likely to change over time as well. Hopefully that’s what does happen as I’d like something more dynamic, its complex in what it offers from a sandbox perspective. For those expecting something gameplay wise, it’s not quite structured.

For the most part you’re selecting troops from a variety of options, then watching them battle it out. You can choose the backdrop, pick from fantasy elements or directly take on the role of a troop within the conflict you’ve setup. 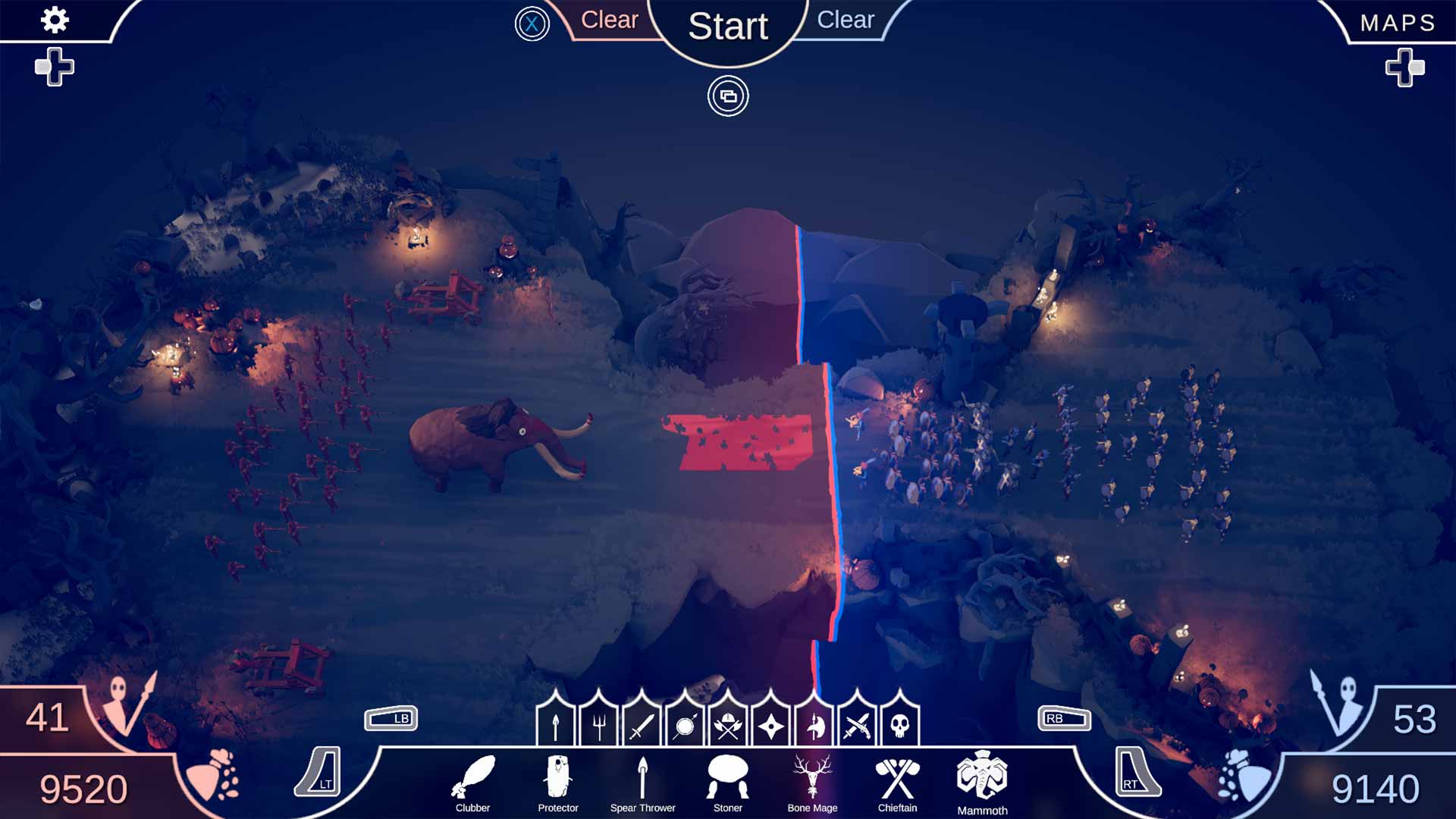 It’s somewhat funny getting right into that action as it can be a frenzy. There’s everything here from wild ninjas, to skeleton warriors. Maybe have a swarm of vampires taking on a wooly mammoth, you can do whatever you want.

You can also just pile on the troops, but keep in mind that performance does take a serious hit. It doesn’t feel like it slows down, I feel they nuke the resolution though I’m not too sure what’s being done to handle things. Something is definitely being degraded when it becomes absolute insanity on that battlefield. This is expected, at the same time I hope it gets cleaned up a bit more. Past that, this has some fun elements to it.

Sending out waves of troops, coming up with new battle scenarios and just again unleashing everything for chaos. That’s neat, and this is definitely something different. I’ll probably revisit this to review when it fully releases, for now I’ll move on as it was fun for a time. You can read our review of Vigor below which is a similar idea yet multiplayer game or check out the general game hubs for additional coverage of titles.