After weeks of searching for a worthy fishing game on both Xbox and PC I was delighted to find out that a new one would be arriving shortly to Xbox. Fishing simulator showed a lot of promise with its hilarious trailer which portrays two men drunkenly fishing which leads to a high action scene trying to land the fish only to lose it at the last second. As a fellow angler this seemed quite relatable and really sparked my interest.

Upon launching the game I found myself at a home screen with no tutorial prompt and a rather frustrating cursor to use and navigate the home screen. After searching in the settings I finally found a list of controls but no tutorial. It wasn't until I gave up, ventured to a lake and began fishing that I was occasionally given tips but they were incredibly vague. I had expected the game to be a bit more user friendly, especially with the tutorial as this may be someone's introduction to fishing and should be more thorough.

The game has two modes "Normal" and "Simulation" in which the normal mode you have a few arcade-like features such as an underwater camera and a bite indicator, where in simulation mode you need to have your wits about you on what to do. I didn't find that landing a fish was difficult in either mode once I got one on my line which really bothered me in simulation mode because the success rate of actually landing a fish is not nearly as high as the game displays.

The game visually runs decently, but there's a significant lack of vegetative textures put in and around the water areas and the fish themselves sometimes look like they were cut from a cardboard box. The water itself was pleasant as well as the weather and lighting however I was really let down on the lack of focus put in on the fish and its environment.

The game surely has separated itself from some similar games with some neat features like building your own set up according to how you fish (however don't expect a tutorial on how to build your rig). The game has a wide variety of fish available, far more than I saw in similar games. The game also allows you to travel to other places freely with an easy to obtain level unlock and by purchasing a license for that given area. The game also features ice fishing which was surprisingly a lot of fun and I ended up making the most money doing so. I guess that's what you get for facing the elements.

Fishing simulator isn't quite as refined as I was hoping it would be. It seriously lacks a lot of needed textures and when it comes to a game focused around getting in touch with nature this was lackluster. The game would also seem a lot better if it was more user friendly and had a more approachable feel with an easy to understand tutorial, not everyone has fishing experience and I feel like had I not known the fishing basics I would have given up playing this game quickly out of sheer frustration.

For those of you who do have experience and are looking to spend a little quality time on your couch and try out a fishing game I do recommend giving this game a try, this was certainly the best fishing game I've come across in a while. The game certainly appeals to a real niche of gamers but It was rewarding catching a new species of fish here and there and I really felt like I was having some fun doing so. This does also come with three DLC options; Moraine Lake, Kariba Dam and Greenland. 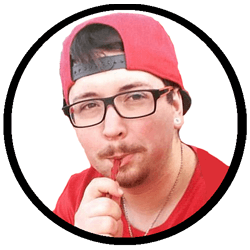