This is a free to play looter shooter title called Vigor. I originally played this on Xbox One during its Xbox Game Preview development, and then partnered with Bohemia for its full release. With that latter note, I basically have my face on a bag in the game on that platform, so it’s cool. I didn’t see that here, but didn’t expect it to transfer.

That aside, it’s neat to see a comparison with this game heading to the Nintendo Switch. It’s currently in beta, and I was able to check it out. It will of course release later, but it seems like they’re testing it out. What greeted me was certainly a big of a shock as it looks like the visuals have been seriously toned down.

To the point that I’d love to do a comparison video of the two in the future, that would be fascinating. It comes across as looking almost artistic now, like something out of Life is Strange. It’s weird, and it certainly lacks details on the big 4k screen. With that, it does actually have some decent performance to it.


There are some hitches during online matches, and conflict at times causes some drops. That being, it’s actually fairly smooth all things considered, it just looks nothing like the other console version. That of course being a factor of releasing on the Nintendo Switch console, it’s actually just neat to see it available there I suppose.

There are also some moments of pop-in, especially with shadows and smaller flora. For general context of the game, you’re going onto a map and scavenging for supplies. These supplies will improve your home, or grant you better gear essentially.

You can leave the match at any point, and you don’t even have to battle others. After a bit of time has passed, an airdrop will enter the map and that’s a big battle point for most. Again, you might have left already or others have exited and this leaves the airdrop more open for the taking. Once the airdrop is functional, gas will seep in after a bit and that sort of pushes players to the end of match. 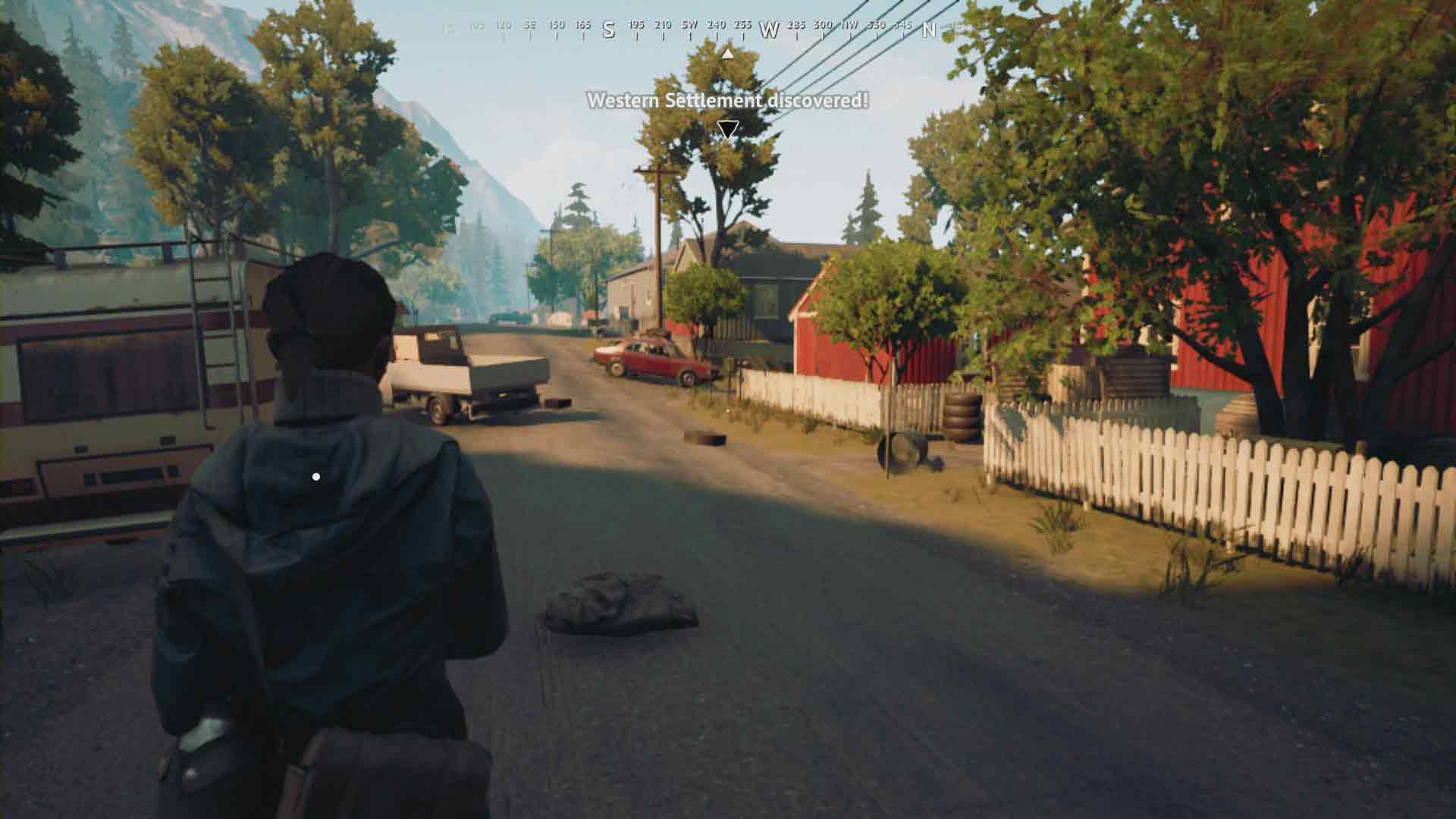 It’s an interesting setup, and definitely unique. There are a number of maps to play across distinct biomes and styles when it comes to the layouts. There are steep cliffs, sleepy harbors and more. These feel natural and like slices of real places, they’re nice with vibrant colors too. That is lost a bit with the visual dip, but it’s still colorful. You get to use a wide range of weapons, and can craft extras as you unlock new house features.

There are safes to fight for on the maps, and also communication towers to interact with as well. It’s actually got some complexity to the mechanics goal wise, but is very straight forward to play. I will also note that this is played alone, or in duos since matches are capped at twelve players.

This works well, can cause some conflict moments or even an empty feeling as you walk around not seeing anyone. It seems that the density of the game has been retained, with just some sacrifices to get it on this platform. Definitely neat to see, and still a rather intriguing game in regards to being something different to play.

I was shocked to see the visuals, but it makes sense considering the platform and all. I think this does hit a void in the Switch marketplace, as more titles like this are needed. It could do very well. You can read our review of the game on the Xbox below, or check out our general hub for additional coverage of the title as well.