For those unfamiliar with the character, could you briefly talk about what Voodoo Vince is and the type of game it is?

Clayton: Voodoo Vince is a character platformer about a voodoo doll set in a fictional version of New Orleans and the surrounding areas. My then-company (Beep Games) made the game for the original Xbox back in 2003. I thought it would be fun to explore the possibilities of a character who takes damage to hurt enemies. 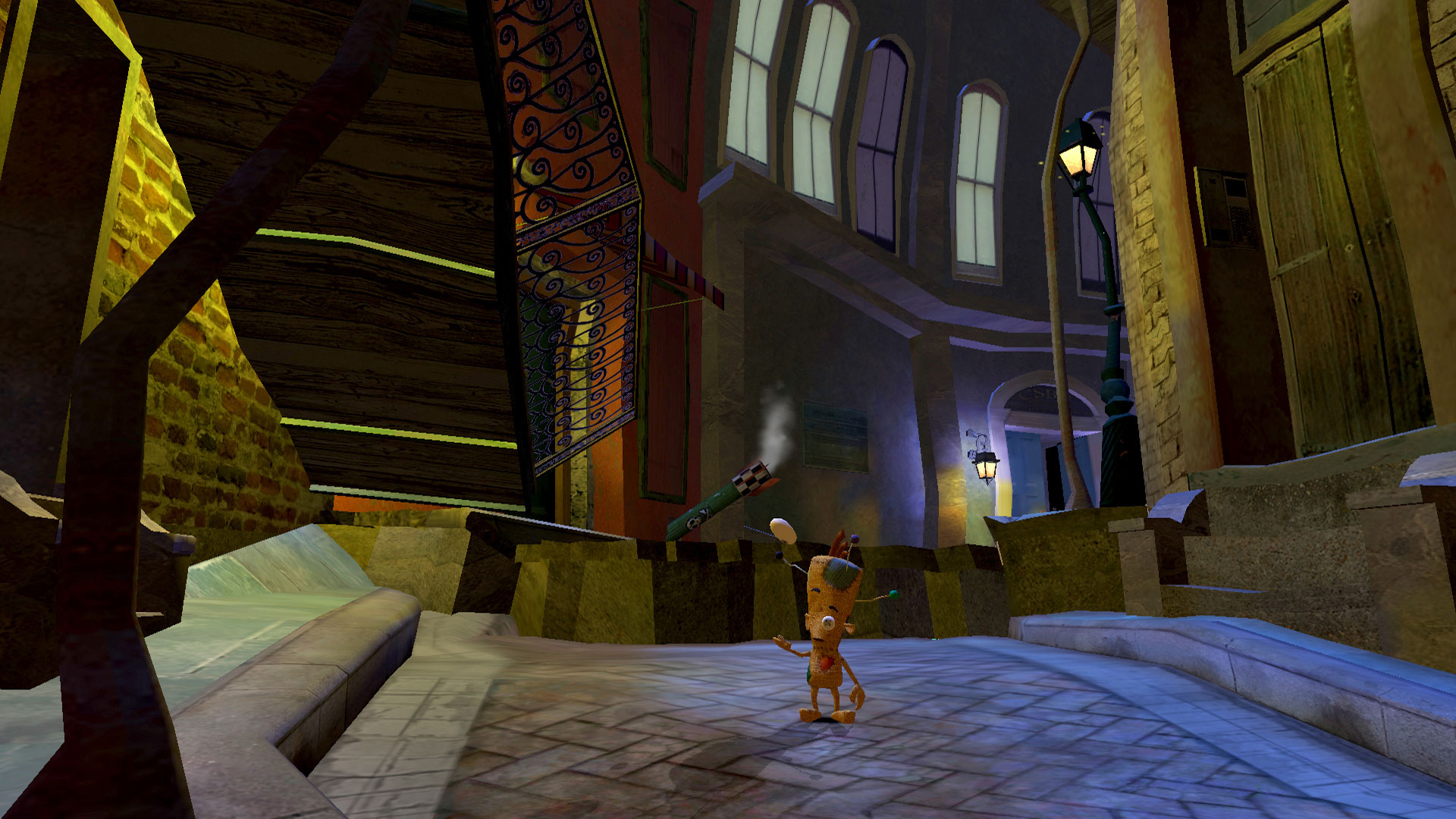 Since we’re talking about Voodoo Vince, the remaster was a few years ago. Looking back at that release, were you overall happy with the upgrades to the experience?

Clayton: I was. I was always kind of sad that fewer and fewer people were able to play the game. It wasn’t possible to run the game through the regular backwards compatibility process used for other OG Xbox titles. Most of the remaster work was done by a nucleus of four people who juggled resurrecting Voodoo Vince with other jobs.

It was self-funded so I had to go in with a very specific plan for what parts of the game we would update and what we’d leave alone. It’s tempting to want to rework everything, but that wasn’t possible for something I bootstrapped into existence. Given all that, I was happy with how it turned out. It allows new people to play the game who otherwise wouldn’t have had the chance.

Xbox has recently been diving into their wealth of IP to reimagine some of the franchises, is Voodoo Vince a character you’d like to see return in that sort of form? Along the lines of the upcoming Perfect Dark or Fable franchises.

Clayton: I’d love to see a full sequel for Vince along with all the possibilities that come with the current generation of Xbox. That isn’t exactly news, though. I annoy my friends at Microsoft about it on a regular basis but it’s tough to pitch a character platformer nowadays.

Looking back again, did you ever anticipate that you’d be remastering the game someday when you were originally working on it?

Clayton: We didn’t really think about it much then. If we had, we would have made it easier to update!

Do you have any fun stories from behind the scenes on either the creation of the original game, or the remastered release?

Clayton: I suppose there were a lot of unflattering animated .gifsthe team would send to each other just to keep each other honest, but there aren’t a lot of stories that come to mind. I mean the day-to-day had the usual drama and challenges that comes with developing any game, but the team was one of the most closely-knit, positive groups I’ve ever known. The personality of that team is what you see throughout the game. 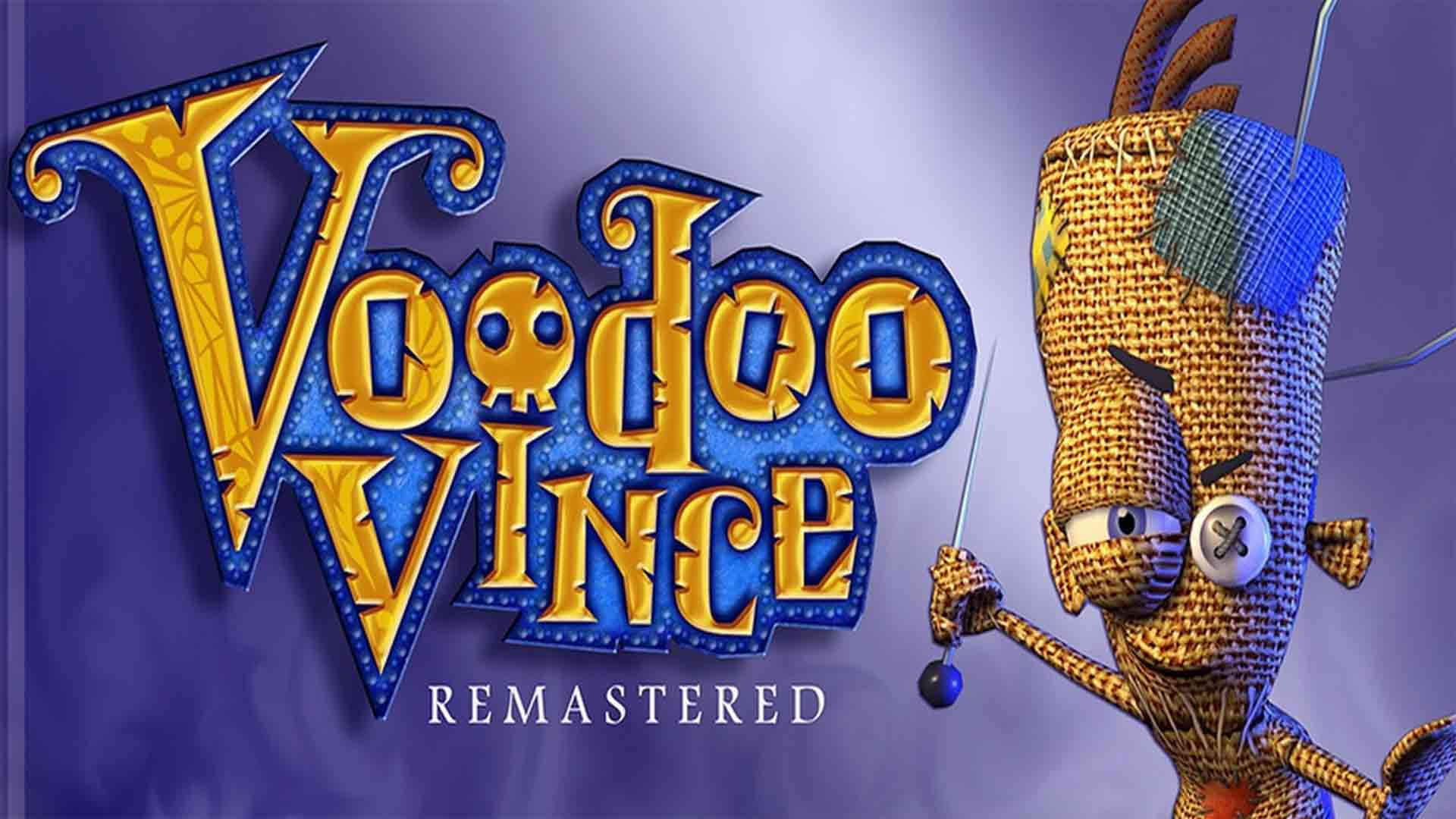 If you had to pick a spot from the game to be your favorite, which would you choose?

Clayton: That would probably be The Square in the Quarter. I really enjoyed creating that puzzle and thought the final level offered a lot of nice areas to explore. I also think the look and feel of that space ended up being quintessentially “Vince-ish.”

To continue the last question, what would be your favourite boss battle

Clayton: That’s a tough call. It can be maddening if you’re not in the groove but I’m partial to Rat Race Rodeo at the end of the Crypt City levels.

I read on the Xbox Wire that this was a bit of a family effort as well, did that help make the remaster feel a tad more special?

Clayton: It did! The lead animator on the original was my wife Mary Ann Flaherty who worked on the remaster as well. Our son was born the year the original game shipped but he contributed some sound design for the remaster, so he gets to be listed in the credits twice.

Would you like to see Voodoo Vince Remastered eventually end up on Xbox Game Pass?

Clayton: Sure. It’s come up a few times, but I keep getting distracted by other projects. It’s not a 1st party title so it has to go through some extra steps to be added to GamePass. 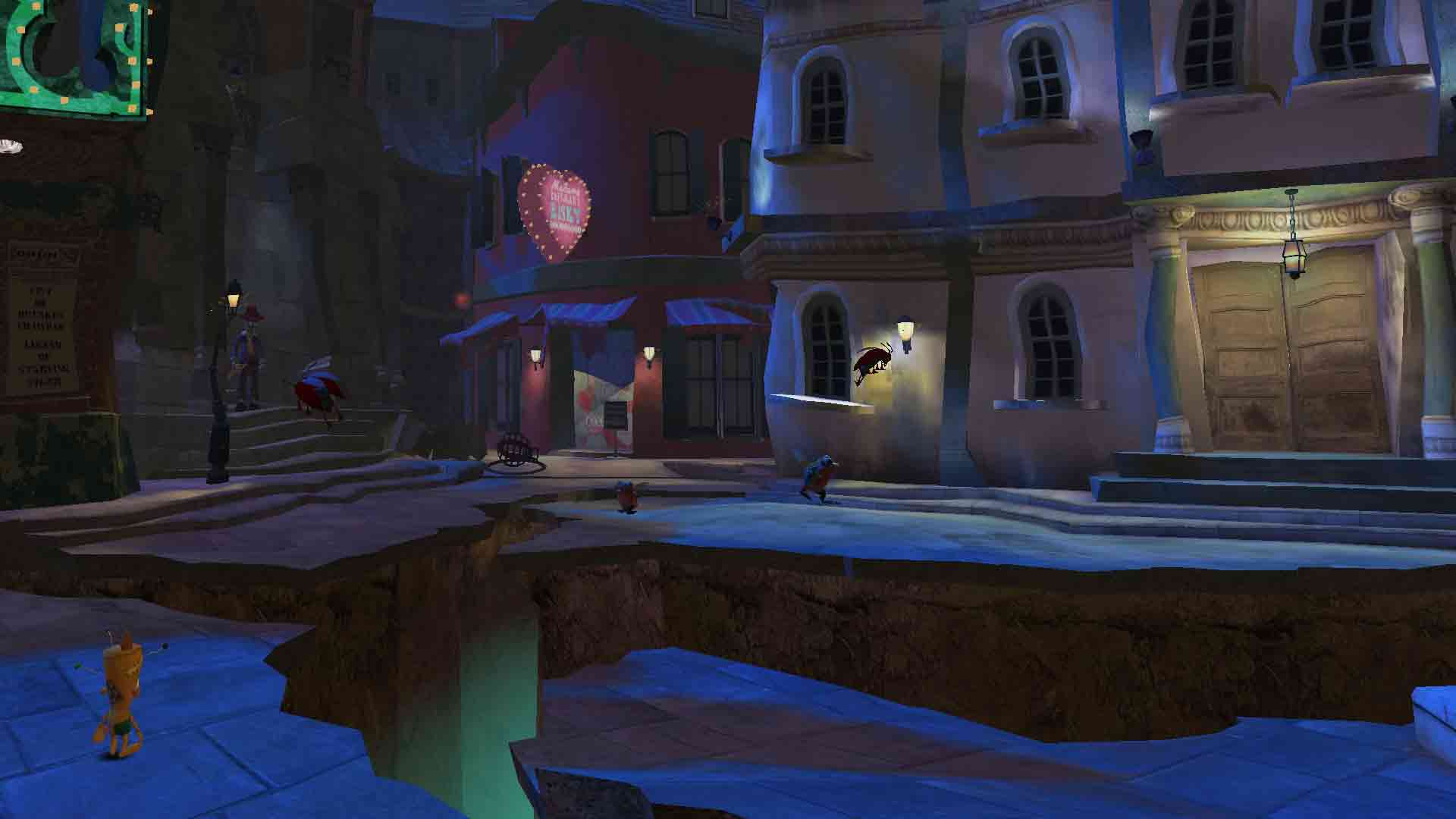 For a more fun question. Say Xbox was to do some sort of fighter and or karting type game featuring first party characters. Do you feel Voodoo Vince would be a good addition to that roster? What would be the special ability of Vince in this situation?

Clayton: Interesting question. I don’t know if Vince would be a great addition or not. I think he’s a great character, but he’s not especially well known. Inclusion in a brawler or kart racing game is usually reserved for more illustrious characters than poor ol’ Vince. I guess if he were in something like that, he’d have some sort of wacky reverse damage Voodoo ability (of course).

Any fun projects you’ve been working on recently?

Clayton: Always! I work on a bunch of stuff as a creative director in Xbox Studios Publishing including the most recent game from DONTNOD, Tell Me Why. Before that I helped out on Super Lucky’s Tale for Xbox. I also develop indie games in my free time and shipped a quirky little dual stick shooter last Fall called Bartlow’s Dread Machine on Xbox One and Steam.

Clayton: I’ve got nothing. Thanks for the questions!