A remastering of the fantastic Warcraft III: Reigns of Chaos, looks good on the outside, but still falls a bit short of expectations. Capitalizing off of the success of the previous remastering of Starcraft, Blizzard decided to go all out releasing this powerhouse of a game. Thinking back to my time playing the original, I have distinct memories of a detailed and gripping story, a hilarious custom campaign feature, and awesome online battles.

Warcraft III Reforged did bring back that nostalgic feeling, and seeing a remastered Thrall and Arthas was absolutely thrilling to experience. I enjoyed my time through the campaign heavily, reliving the memories of my youth as I played among the orcs, humans, elves, and undead, while seeing characters I have come to know and love or hate in World of Warcraft.

The remaster does look aesthetically pleasing, if not a little lackluster, but the update to the facial graphics gives characters a more human feel even if it is minor. But the fact that blizzard went out and cut content like a full campaign overhaul that was promised originally makes me still feel like the game is just slightly unfinished.

If we are looking for other things Blizzard decided to cut despite previous promises, we can look no further than the promise for new improved cutscenes, and updated voice acting. Again this is missing and makes the game feel just not as worth the cost. The online is fun to play in but the bugs which I experienced, such as players losing connection or losing the chat ability, ended up causing strife and ruined what I feel could have been a good experience.

When I went to look for my favourite feature from the past, custom campaigns, I found it suspiciously missing and even months later there is no hint of it coming back. The worst part is that I can’t even return to the original Reigns of Chaos if I wanted to as the client is shared between games. This means that my old game has been forcibly upgraded, possibly forever. A major annoyance for sure as I wanted to compare the games together side by side.

My one absolute biggest gripe though is the little addition that nothing you do is actually yours in the game, including mods. Famously Dota was a common mod found in the original Reigns of Chaos, it seems that Blizzard wants to make sure they do not lose out on the money in the same way, making sure any mods or customization done to Reforged, exclusively remains with Blizzard. If this is changed in the future it could be welcome, but knowing how these things play out I personally feel it would be unlikely.

Overall the game is fun to play if you need a night off or just have nothing to do. Bringing in 4 friends and goofing off is definitely fun. Especially if you set bots on as well and make them extremely difficult.

But compared with the bugs, missing features originally promised, and the fact that the game itself just looks like it got a shiny new paint job merely to hide the rust, Warcraft Reforged just isn’t worth the money. 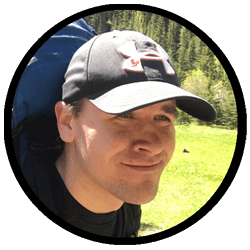