I was very lucky to be invited to take a look at the Watch Dogs Legion multiplayer experience. This was a guided preview situation setup by Ubisoft, so I was set to take a look at core aspects of what the experience provides. This includes some free roam action, cooperative missions and the excellent PVP Spiderbot Arena.

We were placed in a squad of four players, and thrown into the multiplayer tutorial. This tutorial requires you to recruit someone and do a brief mission before thrusting you into the online action. For context, this was played on PC and you can watch a good chunk of the time spent playing within the video below. This session was a few hours long, and I definitely felt like I got a good idea of how things were running.

The first aspect of cooperative play are just casual missions. You can matchmake to find players or just go in as a squad like we did. These are rotating missions where you’re completing a variety of objectives. These appeared to all be set within existing spots, same with the other quests we’ll talk about in a bit as well.


These were fun to tackle, with us having to destroy cars or eliminate enemies and even capture certain objects. One had us destroying a set of cars however we can to then speed out into the river to capture a boat. They’re neat, and can provide some quality game time if you’re looking to battle about with others. There are some cooperative elements here too, from coordination on your attack to reviving one another when you get downed.

That’s particularly the case when we move onto the next part of the experience which are Tactical Ops. These are grueling communication is needed setups. It’s less about guns blazing, and more about using stealth. There are less of these missions from what I understand, but they’re much longer and more story driven. They have fail points where you need to restart from certain segments and they challenge your team much more than regular missions do.

The one we did had us need to split into two groups in order to synchronize a timed countdown from multiple far reaching locations. There were tons of enemies, and it actually took a few tries as any sort of death or downed situation could very well cause the end of your journey. I could see these Tactical Ops being fairly stressful for players to handle, so that should be a fun challenge for sure. 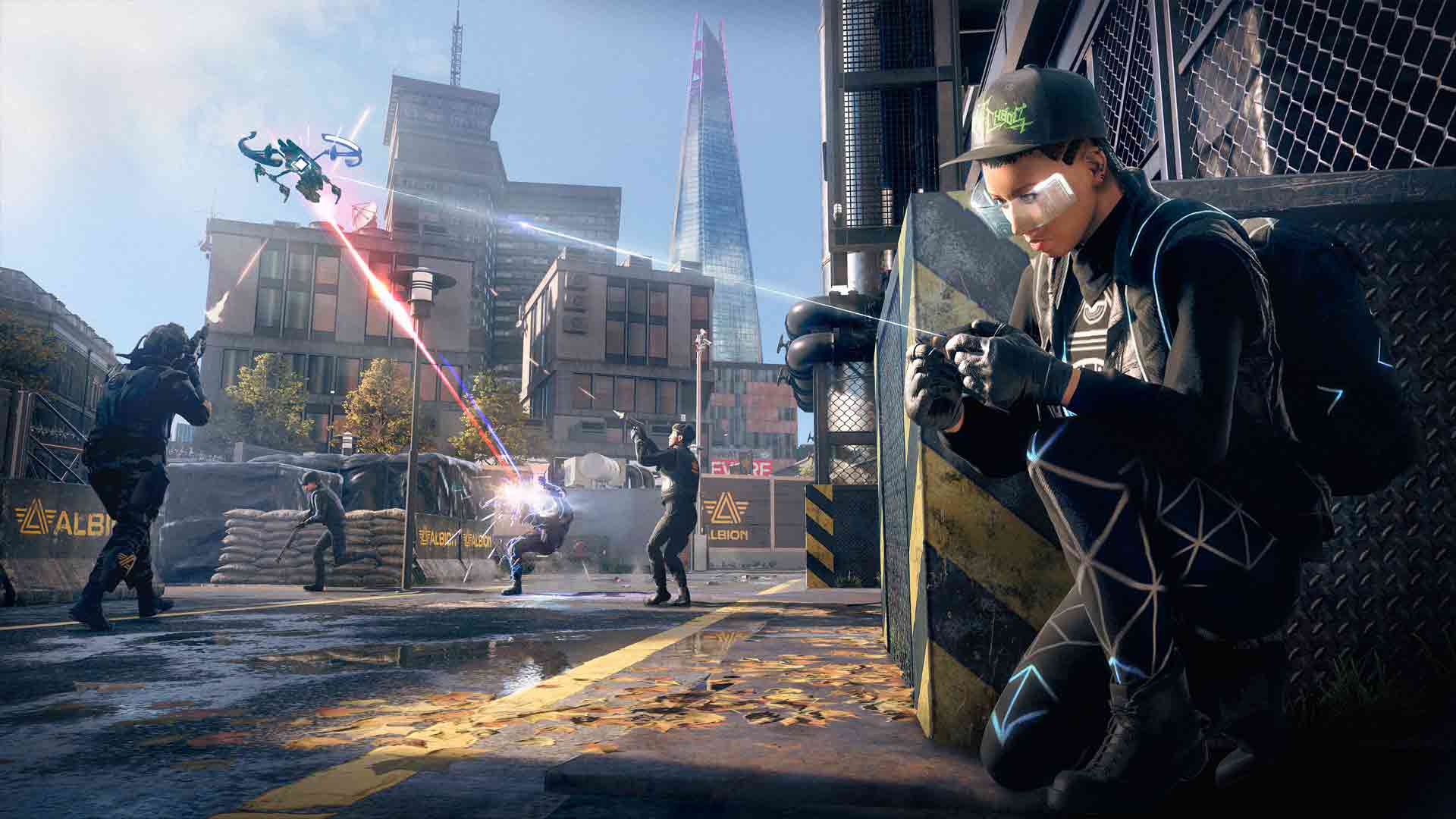 It was definitely an engaging option, and one that I think will entice players to actively work with one another to survive while getting the job done. The final portion of the experience was within the Spiderbot Arena, this was a direct PVP situation using the friendly little machines in the game. I personally think they should take this concept and spin it off into a free to play game, but it’s in here for now.

I will note that this is a very minor sort of thing, but it’s a blast to play. You’re in a small arena, I believe there are two of them at least from what we played and you’re just trying to annihilate one another. While I feel some objective modes like Capture the Flag would be cool, it’s just a straight up free for all deathmatch situation.

The maps were quite detailed, and had some moving parts to them. The museum one was particularly awesome. Some levels of verticality are present too where you’re reaching various heights to get a better perspective. You’re grabbing weapon power-ups across the map from a shotgun to a rocket launcher of sorts. These help you smash your opponents faster, there are health tokens as well. It was very frantic, and strangely enough my favorite part of the online.

Not to downplay the well setup missions to any degree, it was just super fun to use the spiderbots in this way. I was also genuinely surprised by it as I had no idea what that part of the game was going to be like. With that, I think they’ve got a good multiplayer addition that would have been very beneficial to the title at its launch.

That aside, it’s great to see it arrive and it seemed to run quite smoothly as well. We really didn’t have any setup issues, and the session ran smoothly. It seems to have a good chunk of content to play, and best of all it’s easy to get roaming with friends. I think this will help support the game for quite awhile, especially if they trickle in new content to enjoy over time. I also think it’s ripe for seasonal events, to keep players hopping back in from time to time.

I think this hits the mark for what it’s trying to provide, and it’ll be a fun revisit to Watch Dogs Legion for those that perhaps have finished the game already. It’s also a great addition for the players coming into the game for the first time as this will help provide some extra quality time. That’s about all I have details for now, it was a fun session and I appreciate the invite from Ubisoft to take a look at it running.

They definitely seem to have some good confidence in it as we were largely just allowed to hop in and roam around if we wanted outside of the set missions we were tackling. I do certainly feel we need to see the Spiderbot mode spun off and expanded upon as that was a lot of fun. With that, check out the Watch Dogs hub below for further coverage of this franchise such as the recent FPS Boost for Xbox Series X on the second game and also the site’s review of this game is included as well.