While at E3 2019 I was able to jump into Xbox’s Showcase event during press hours and one of the highlights was trying Project xCloud. I was able to get about ten minutes of play time as I switched between the various Samsung Galaxy phone stations to try the games that were present. You can see this in the video that’s embed, but I’m also going to generally discuss thoughts on this product and the features.

To start, the booth was clearly highlighted within the event to showcase what they’re aiming to do with this service in the future. It was brightly lit, and featured various display areas that were filled with a number of devices presenting games. I’m not sure these were real-time setups, but they did give a vision for what it’s going to feel like to play games on any type of device.

On the table were a number of phones, and you were encouraged to jump in to play them. The games appeared to all be first party, at least from what I saw. I was able to play Gears of War 4; Forza Horizon 4, Hellblade: Senua’s Sacrifice and Halo 5: Guardians. 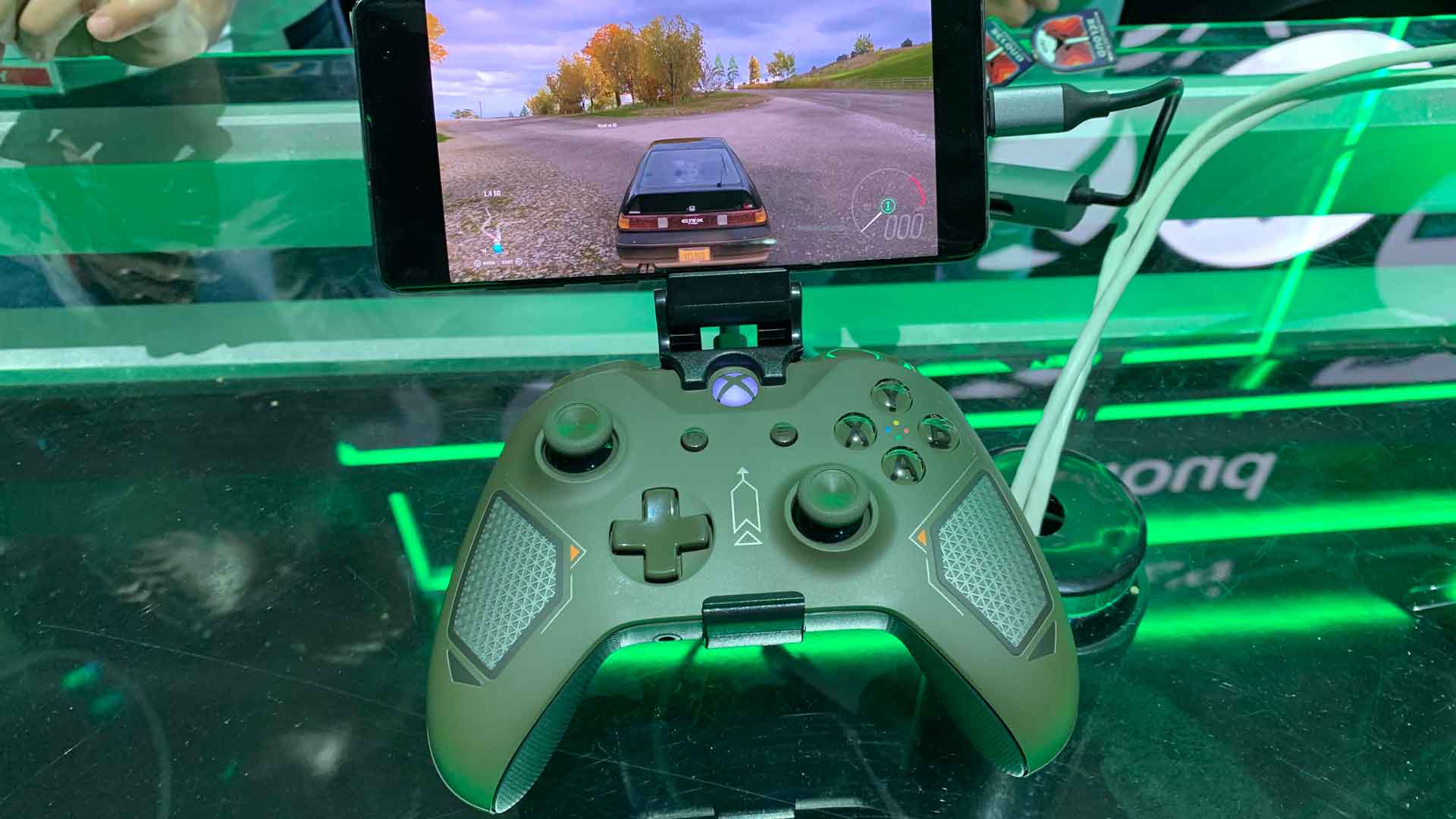 I was honestly just blown away by what I had played there, it was basically flawless. I would have thought this was fake if not for a little distortion when playing Halo 5: Guardians. This was a spot when you’re flying from the area on a Banshee and it looked like the world just wasn’t loaded in due to the stream. I don’t recall that being an issue in the regular game and this came across as a connection type thing which is great. I want this to be 100% real and that sort of triggered that it was.

The connection was flawless, I didn’t feel any sort of latency. Now, this is an event and they’ll want it to go smoothly. The real test will be how this plays at home, or on the go and I look forward to hopefully reviewing this final version in a real world situation. Moving past that, it just went well. Forza handled greatly, like the regular game at home and I felt that across the other titles as well. I was very impressed by Gears and generally just the visual quality. This is going to look great on the mobile devices considering how small the screens are and it’s just so sharp.

I think this could be amazing for when going somewhere, like staying at someone’s house or doing an activity outside. It looks like Canada is finally getting unlimited mobile internet plans so this is something that could be perfect for even countries outside of the United States. It’s going to be a great companion to console gaming, and to keep the experience going. Mobile games are fun and all, but they don’t hold a candle to console or PC gaming. The connection of the controller through Bluetooth is great and I’ll need to get a holder as it feels perfectly comfortable for gaming.

I’ll want to see some third party titles, as I only saw first party, but I’m sure they run fine as well. I was truly impressed by what I played, I think they’re really onto something with this. The hope is that they support as many screens as possible and it’d be really cool to see an app of it on the TV as well. Would be neat to go to a friend’s and just play on the screen without the need for the console. It could really change our experience for gaming with quality. That’s all for now, hopefully I’ll get to experience the full version in the near future. Check out our preview of Battletoads below or the E3 2019 hub for additional coverage of the event.