While it was awesome to check out Xbox Project xCloud recently on Android, my primary device of choice is the iPhone XS. It’s my main phone, and the one I carry everywhere. I keep the Pixel 4 as an extra, and because it takes great photos.

That aside, the IOS testing phase was recently made live and only a limited quantity of individuals got accepted in. This is due to limitations from Apple, and with that it’s been noted that they’re only allowing a single game for testing. They made a good choice however as its Halo: The Master Chief Collection which in itself includes a number of titles.

This is a good testing environment, and for now I’m going to focus on my home network for my experiences. I was getting 118mb/32mb on at the time of recording and testing. I hope to test cellular in the future, but my data plan is extremely limited as are most options in Canada. It’s terrible, I know.


Anyways, I will note that Android does seem to be a less pixelized experience. Keep in mind that testing has been more extensive there. I feel that eventually it’ll be running perfectly on IOS since it’s a more controlled ecosystem in terms of devices and the setup.

Anyways, it was actually running really well. I did a mix of tests in Halo, playing a local custom game, part of the Halo 3 campaign and finally some Reach 4v4 Slayer. The initial one was to test the connection, move around freely and get an idea of how well everything runs. The second was to see cutscenes and single player, finally the last part was for a more intensive streaming setup with multiplayer.

For context, I was using my main controller attached to a MOGA clip which Xbox was nice enough to send over. I’m finally able to provide direct capture since this was on IOS, and that does add quite a bit of weight to something elevated by a clip as it’s a lightning to HDMI adapter. Picture the standard setup, but my phone has a dongle with a long HDMI cord hanging down from it. Moving on from that, things actually look fairly good. 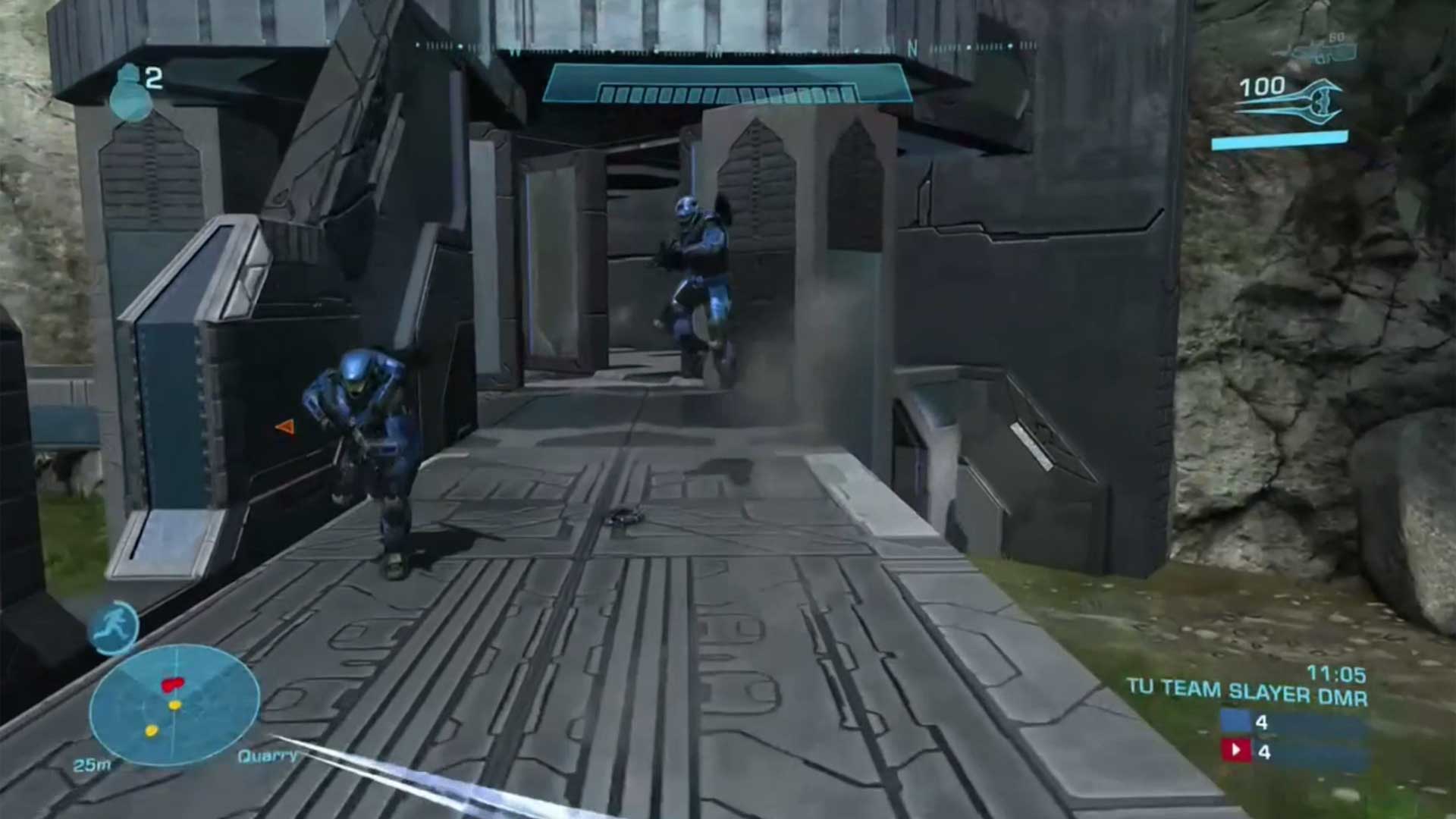 There’s some more pixelization here than on Android but still largely a clear connection. I noticed only a single wave load which was slightly more common on Android. There’s still no latency for controller input which is important. The audio was all synced up, even during the multiplayer aspect which is of course heavier due to connecting to other players. I was generally happy with how it played, and handled.

I didn’t feel like I was at a disadvantage in multiplayer aside from picking out players in the far distance as the screen is smaller than my TV obviously. It looks really good on the screen, and clear enough to be something to enjoy gaming on. I really wish more games were present however as it limits my options for extensive testing. Hopefully things get worked out so more titles can arrive. This is a really good start, and I look forward to being able to play the wealth of my library on my phone. It’ll be great for taking places as this seems minimal on battery usage and it’s mostly data that’ll be the bottleneck for my enjoyment.

This is a really great start, it’s looking fantastic and playing well. The pixelization is more noticeable, but that’s something I’m sure will get ironed out as this testing did just start. I’d say it’s rather impressive, and I just want to access more games to try out. Especially since I can provide direct capture to the games to showcase just what they’re doing with this wonderful technology. I can’t wait to see it grow further, as this will definitely open up high quality gaming to more users. You can read our review of Gears 5 below, or check out the platform hub for additional coverage.