This is the moment I’ve been waiting to share, Gamerheadquarters is reviewing the Xbox Series X console. The most powerful console in the world, and the start of the next generation in gaming. That review will come at a later time as we’re limited to showcasing the unboxing for the console.

With that, we will be providing a pile of content showcasing the games you love, and some of the games you will likely also love that will be releasing for the platform. These will come in the form of separate game reviews, and previews. There will likely be a combination of both written and video content to present this information.

It’s going to be a wild time and I do hope you enjoy. With that, let’s talk about the console itself. The heart of this article is the video below, take a look at that or continue reading on for details alongside initial thoughts on what can be discussed about this mighty machine.


This package came as just the console within a box. When reviewing the Xbox One X there was a bundle of content, whereas this time around it’s a digital offering with the console by itself within the retail packaging. This is the exact same experience millions will get to have when they open their new console for the first time.

It’s great packaging, a staple of Microsoft products for quite awhile now. They go fancy with the internal package designs and that’s always appreciated. You open it up, and there’s the console wrapped up. It has a quick band title around it that says “Power Your Dreams” with the Xbox logo below that. Once unwrapped, there’s the console. 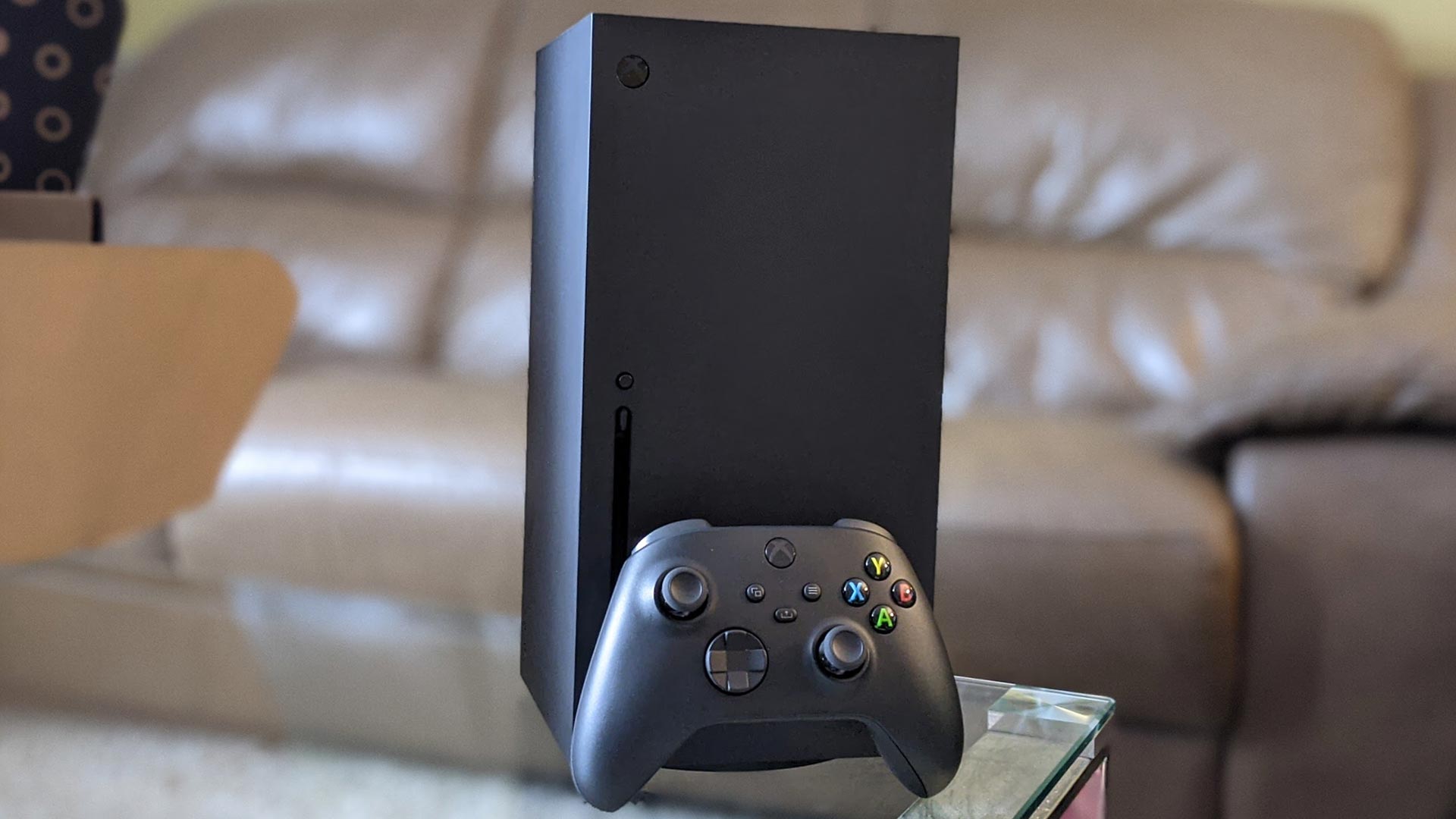 Past that, you get a quick info sheet about setup and a small box compartment. This area contains the HDMI cord, and the power cord which contains no brick. Beside those, is the next gen Xbox Wireless controller. That’s all the box contains, and all it needs to really have.

It’s straight forward, yet elegant in how you open it which is exciting. From there you plug it in and just play. I can’t talk about that aspect yet, but will be doing so in an extensive way. I hope to provide the most coverage you’ll have ever seen from the outlet across written and video formats, stay tuned.

This is really quite exciting as while I’ve covered the launch of a console, I’ve never covered a generational shift. It’s a big deal. I was very fortunate to be able to do so, and hopefully the content I deliver is up to expectations.

Now onto the controller, I thought it made sense to focus in on that a little. While it might seem similar to the exciting Xbox One controller, it’s far fancier. I can’t fully dive into thoughts, but I can mention changes. It’s thinner, uses grip in a number of interesting ways and has a sleeker look to the front of it.

The D-Pad is quite different, as are the bumpers and triggers. It definitely comes across as being refined in comparison to the controllers you’re used to. That’s apparent right from first impressions upon holding it. It’s a weird balance to talk about actually.

I have used the thing on the actual console, but I can only talk about it from the frame of that first pick-up. Those are generally the things I noticed right away upon handling it, expect a separate review of the controller as well to go alongside the console. It’s just great to have the opportunity to showcase and talk about this unboxing. Stay tuned for more as I prepare content and coverage.