A staple I do in all interviews in order to start things off is to ask that you elaborate a bit about your work on the game (s) for those that might not be familiar with it?

Grant Kirkhope (GK): I was responsible for just a little bit on the second Yooka game, I did the overworld and all the variations as well as the boss’s lair.

David Wise (DW):
Yooka Laylee
For the first Yooka Laylee soundtrack, well this was definitely Grant’s domain, having previously scored the soundtrack for the Banjo-Kazzoieseries of games. Grant composed around 80% of the soundtrack, with myself and Steve Burke adding around 10% each to add our own unique colors and style to the mix. I composed tunes such as Tropical Trails, Track Attack and the Minecart levels.

Impossible Lair
For the second outing of Yooka Laylee and the Impossible Lair, I composed around 20% of this score. I created the main theme, a few of the level tunes along with the Dragon’s Lair sections. The main bulk of the soundtrack being scored by Matthew and Dan.

The Yooka-Laylee soundtracks are now available on all musical storefronts, could you elaborate about the process behind making this happen and what are some examples of where one might pick up the soundtracks?

GK: That was all down to Sebastian Wolf at Materia Collective, I put him in touch with Gavin at Playtonic and they sorted it out between them. I think it’s just about everywhere, all the streaming platforms, etc. 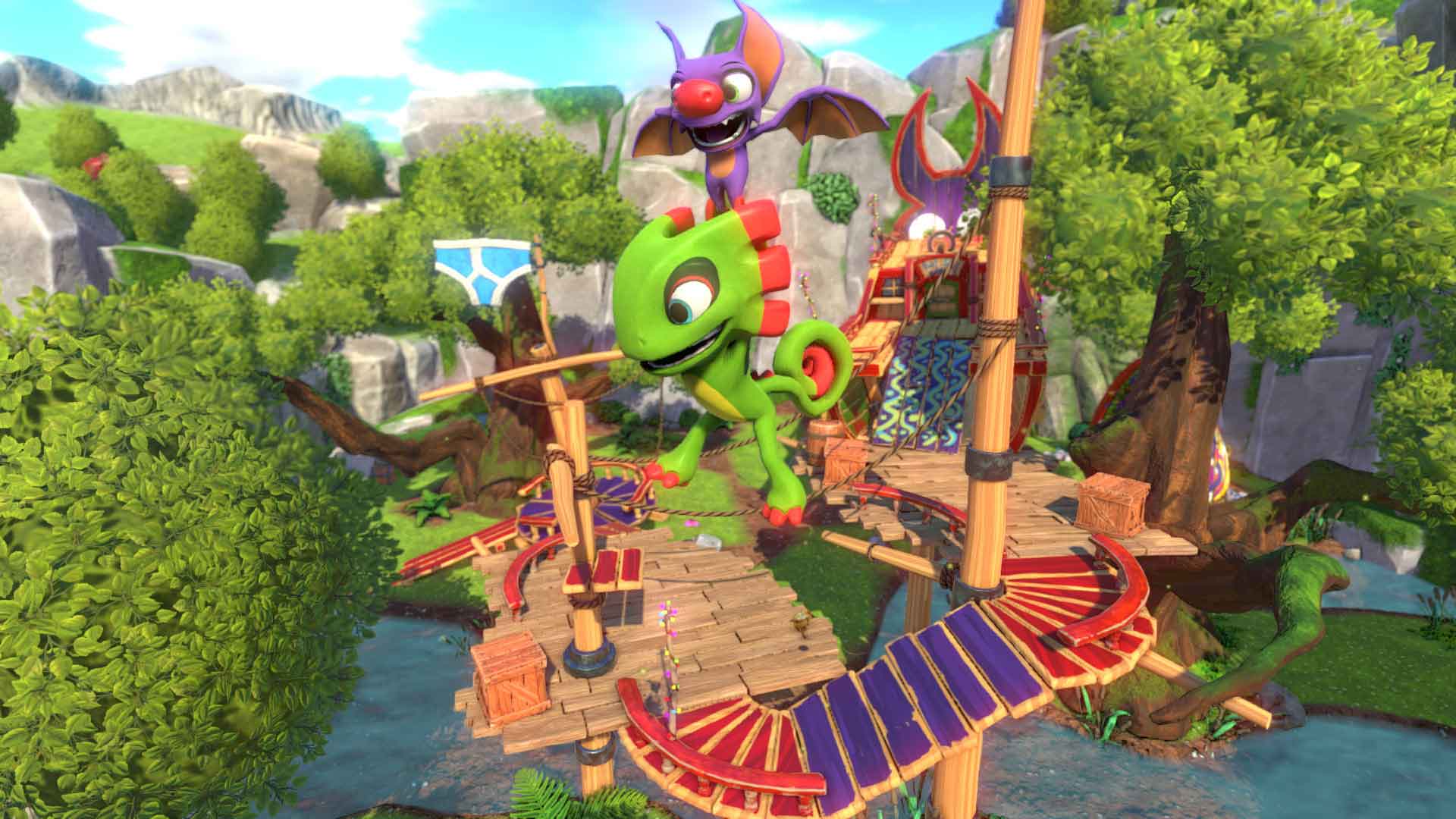 What was the process behind the creation of the music for the Yooka-Laylee games, and was there any specific tonal or audio design shift between the two titles?

GK: On the first Yooka game it was obvious that it needed to be as Banjo-Kazooie-ish as possible, I wanted to make sure that it gave the listeners those kinds of familiar sounds. When it came to the second Yooka it was almost the opposite as it didn’t need to sound like Banjo-Kazooie at all!

DW: With Grant at the helm for the first game, I was purely adding a little variety for the non-banjo 3D gameplay areas.