Shazam! was an enjoyable and fun entry in the DC Universe. For a place that’s been built on doom and gloom, it’s refreshing to see something like this. It’s a coming of age film that follows a young kid as he attempts to find his mother. This is a rather touching portion of the narrative as he’s stuck in the foster system and just stumbles around in his search.

Along the way he ends up having to say the name of an ancient powerful being, and therefore modern Shazam was born. A powerful hero that can change on the fly and has many unique abilities. With this discovery comes some laughs, and a bit of heart too. This is rather rare within that universe, and it was a refreshing situation. They provide some good laughs here, and a really dark villain. The film itself is rather grim at times, a good balance for those lighter moments where it can get silly in a good way.

The leads were excellent whether that was from a hero perspective, or the kids. The CGI is for the most part great, the Seven Sins look a bit rough at times though overall it was solid. I quite liked this movie, its fun and relaxing to watch. This initial watch after seeing it in the theater wasn’t quite striking though it was still solid. 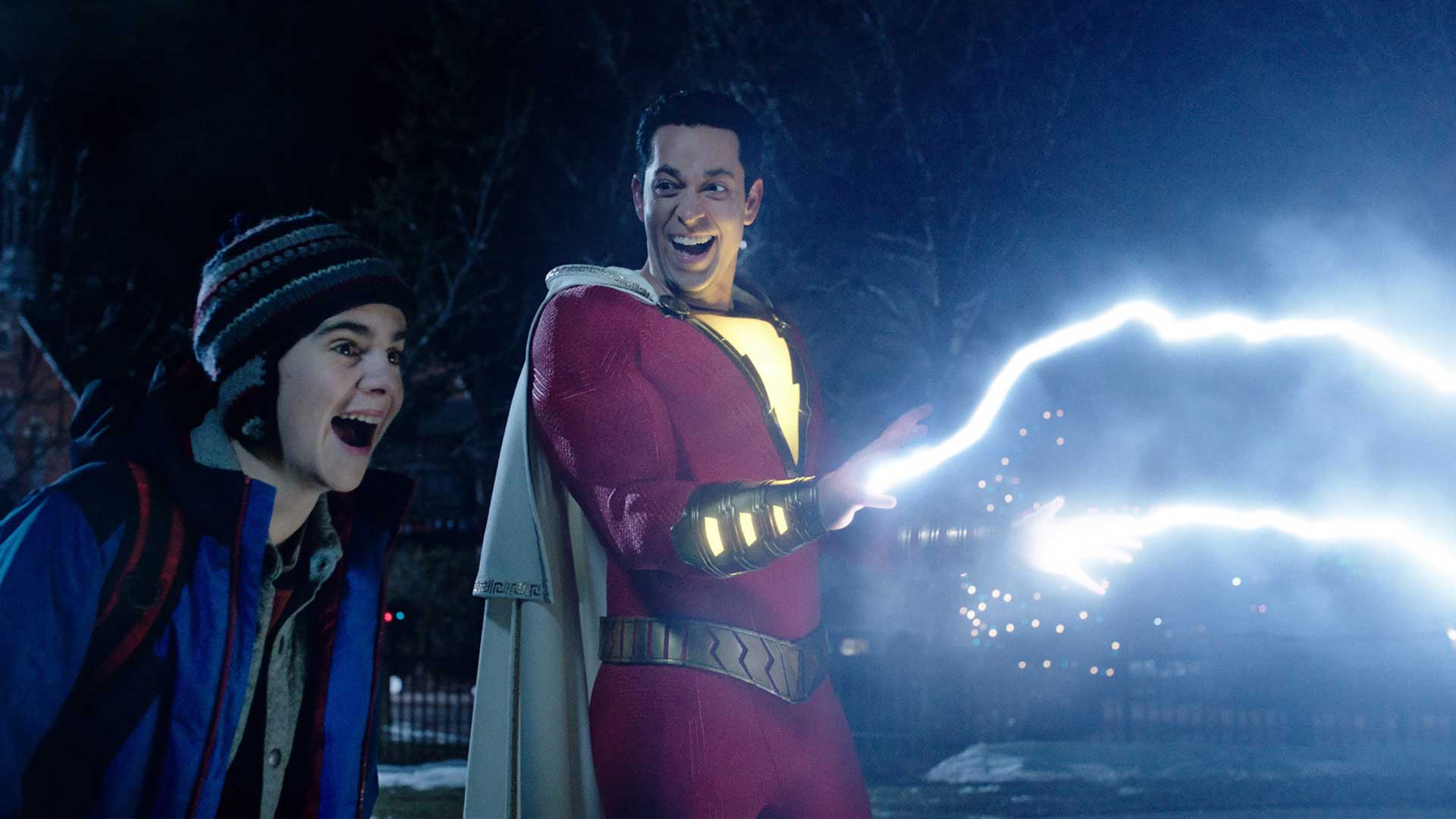 The Shazam! 4k Blu-Ray comes with a number of special features. These are available to view on the traditional Blu-Ray disc as opposed to the 4k one. They include the following selections that can be viewed as a bundle or individually. "Exclusive Motion Comic”, “The Magical World of Shazam”, “Carnival Scene Study”, “Shazamily Values”, “Who is Shazam?”, “Super Fun Zac”. There’s also a gag reel and a pile of deleted scenes.

These scenes come with an optional commentary, and there were so many of them. It’s really hard to get across the quantity, and I loved to hear about the alternate way things could have gone in this. The other extras were also excellent, well setup and lengthy. There was a lot of care spent providing interesting extra materials and I appreciate that. They really did go all out with the additional content.

The Shazam! 4k Blu-Ray package is packed with extra content and one solid super hero tale. This is a rather fun movie, though one that can be dark at times as well. It was well done, entertaining and a generally good time. It looks great in 4k, the CGI does stick out a bit more at times though for the most part the quality was excellent. The HDR helps to make the world pop, and it looks great at this visual resolution. I did notice some slight grain in certain shots, but it’s not too noticeable.

This is an interesting look at what a hero is, with a unique perspective. It brings a really intense villain and some surprising moments towards the latter portion of the film. There’s quite a lot to this and it presents what I felt was a compelling character that we hopefully get to see further exploration of in the future.