Police Squad: The Complete Series is a really interesting package, bringing together a series that many consider to have been cut criminally short in its run. I’m a huge fan of The Naked Gun movies, and this is the precursor to them. It follows Frank Drebin (Leslie Nielsen) in this hilarious, yet straight man type of performance. It’s a type of humor that I absolutely adore, and Nielsen was just legendary at nailing that each time he was on the screen. Everything was delivered perfectly normal, but the undertones are hilarious. In this six episode series, you get to sort of see the development behind what would become the string of The Naked Gun movies.

It’s rather interesting, and something I was always curious about. It’s great to see this release, as I was finally able to witness just what these provided. There are some solid segments, and hilarious moments throughout. I can also see why this did get cancelled back in the day as you do really need to watch it to get everything that’s going on. With the dry humor type of attitude it presents, it’s also not necessarily the most action driven sort of thing with just bizarre plots in each episode.

I did enjoy the progression of how certain aspects were introduced, and it’s neat to see their near perfect execution within the movies that did follow it. This doesn’t really care an overall narrative arc, it’s just a procedural. That means you can jump in at any point, but it’s easy to watch as one straight movie almost. It’s not too long, and easy to consume. It would have been nice to have more of a structuring to it, but with so few episodes nothing like that is even able to develop. It’s a neat look at something that had a lot more potential than it was able to provide due to circumstances outside of its control. 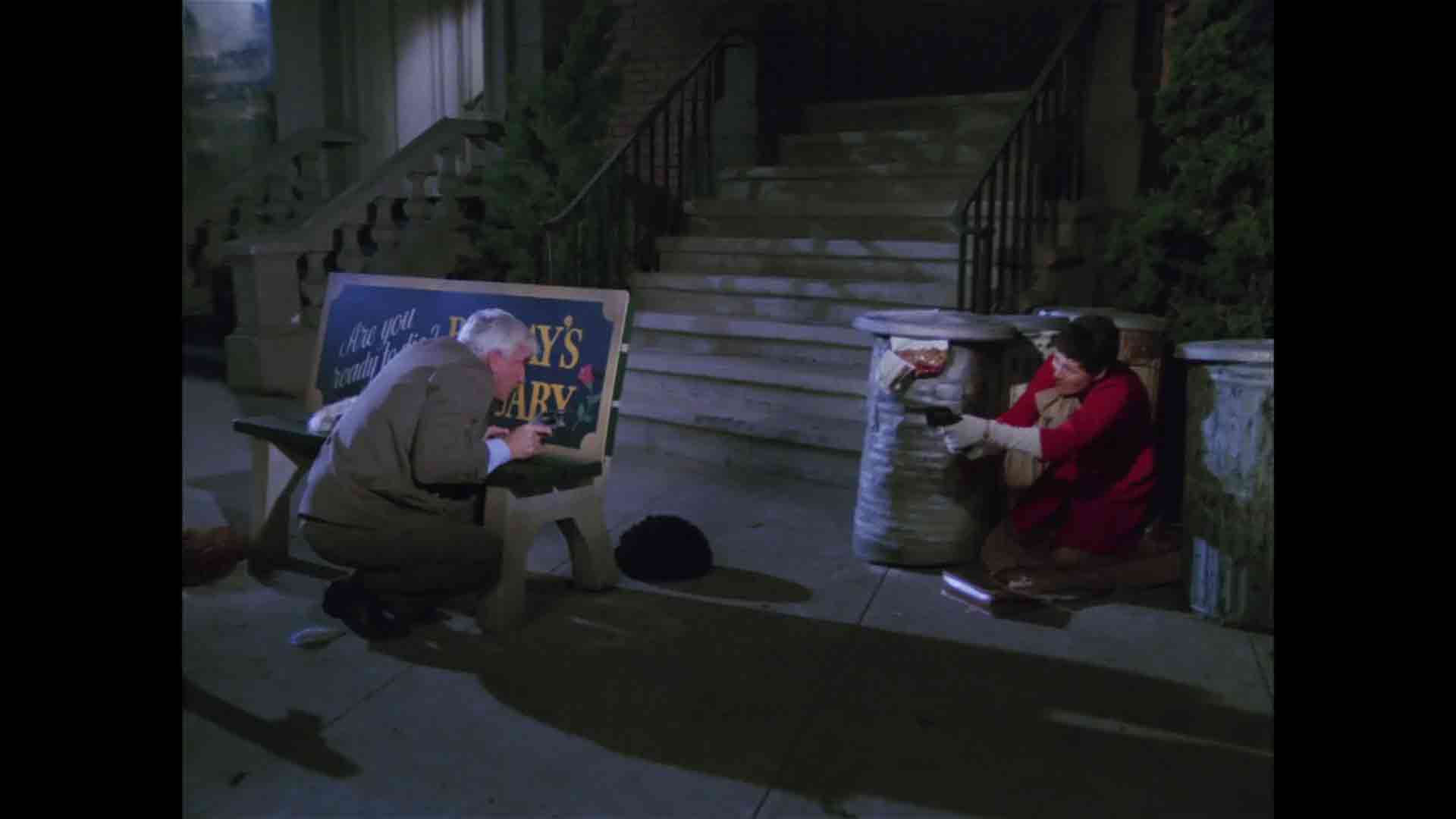 The Police Squad: The Complete Series Blu-Ray comes with a number of special features. These are available to view on the traditional Blu-Ray disc as one package. They include the following selections that can be viewed as a bundle or individually. "Leslie Nielsen Interview”, “Behind the Freeze Frames”, “Gag Reel”, “Casting Tests: Alan North and Ed Williams”, “List of Celebrity Death Shots” and more.

It covers a wide range of interesting showcases, but I also would have liked to see more about the development side of things. That being said, I was more than happy with the extra provided content within this as there weren’t too many episodes. You get all six of them; “A Substantial Gift”, “Ring of Fear”, “The Butler Did It”, “Revenge And Remorse”, “Rendezvous At Big Gulch” and “Testimony of Evil”.

The Police Squad: The Complete Series Blu-Ray package is the definitive release for this series, and a comprehensive showcase of what it was. I found it to provide some good laughs, while at the same time I can understand why this wouldn’t be a show for everyone.