This comic aims to provide extra narrative to the Call of Duty Zombies franchise. This particular entry acts as a prologue to Black Ops 4 and the zombie team that players take the role of. This origin leads right into the events of the first level and it should provide some decent context into what everyone was doing up until that point. Things start off with a bit of action and then it breaks out in multiple ways to cover the different perspectives. You get to see what each character was up to, and how they ended up getting involved within this crazy situation.

I wouldn’t say this is the most wild of times, but if you’re really into this part of the franchise then it’ll be a fine time. I personally haven’t found these characters to be thrilling in-game and that’s carried forward here as they can be rather dull. They just seem a bit generic in some situations, in regards to the niche they each hit. It did have a generally cohesive narrative, the paths they take makes sense. It just seemed like a fairly typical origin story with a little bit of Indiana Jones thrown in there due to the region and time period it took place in. 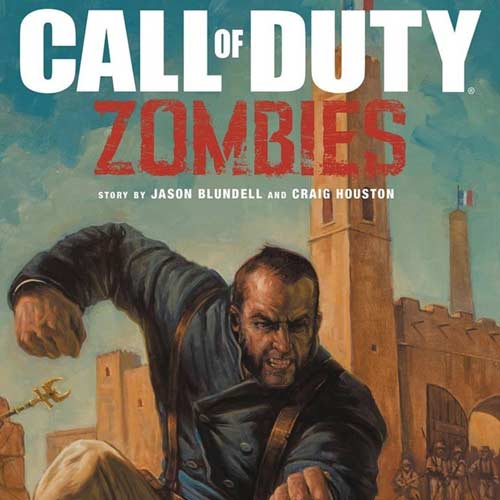 The artwork was generally fine in this, it captured the looks of each character well. They definitely matched their game versions which is important. Not only in terms of aesthetics, but their personalities as well which is important for fans. This generally assists with leaning into a cohesive presentation across the Zombies universe.

The environments were decent, nothing too wild. The art largely focused on the characters and their conflict with others. Lots of action and intensity is shown throughout the pages. Not a whole lot of discussion, mostly action with small bits to setup the situation and what’s going on in regards to the prize that they’re after. It’s a solid length, fairly typical and dense with the frames. There’s a lot going on, and it rarely leaves breathing room.

Call of Duty Zombies 2 acts as an alright origin to the zombies story for Black Ops 4. It’s an interesting option for those that want some additional context in regards to the characters you play as during the matches. It sets up each of the core characters and provides the setup for how the interactions in the game came to be.

It could have focused on the narrative element more, as this felt like a fairly standard story. I wasn’t blown away by it, but it delivers something that fans will appreciate. If you’re not into this iteration of the zombies crew or coming in fresh, it most likely won’t be for you.